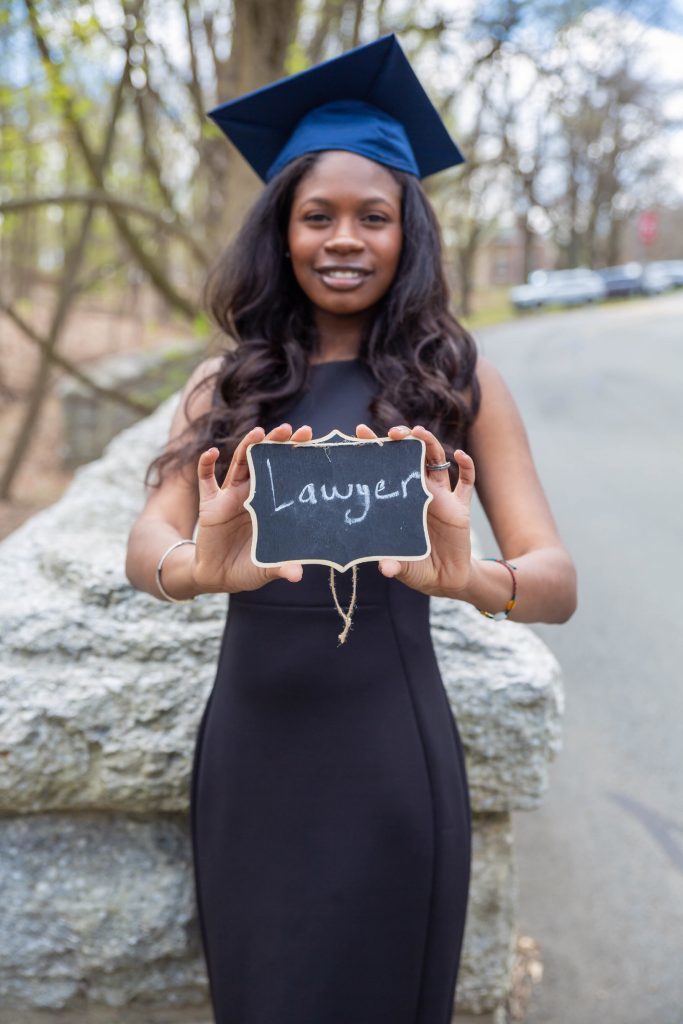 Diabate uses her experiences with FDU Mock Trial to get ahead in law school.

A city program in her hometown of Newark, N.J., had coincidentally placed Diabate in a summer internship program at Seton Hall’s Center for Social Justice (CSJ), without knowing she would be starting law school there in the fall.

It was only fitting for Diabate, who says she discovered a passion for public service while in class with Madelyn Ferrans, an adjunct professor, and Bruce Peabody, professor of political science.

So, Diabate took her political science degree and prelaw minor from FDU and dove into public service this summer at CSJ, which provides pro bono representation to clients who can’t afford legal services. As an intern, she conducted client interviews and worked on a legal research memo on recurring child support charges for those who have been incarcerated.

“Fatou’s preparation and ability to articulate legal arguments was unmatched,” Ferrans says. “Her intellectual motivation was apparent not only in her high grades, but also in her perseverance and her ability to create opportunities to further her interest in the law.”

Diabate worked side-by-side with Ferrans in FDU Mock Trial, where she could practice playing the part of an attorney.

“Professor Ferrans shared a lot about her experiences in law school, and the way we conducted our team was just how lawyers would conduct their trial,” Diabate says. “It was great to learn those skills.”

Now, in her first semester as a full-time law student, Diabate is using her mock trial and CSJ experiences to propel herself forward.

“Much of law school is learning the black-letter law, how to write and argue. How to interact with clients isn’t really taught. So, it was great to learn how to interview a client, what documents you need from a client and how to conduct yourself as an attorney,” Diabate says.

At FDU, she gained a community worldview in courses taught by Richard Nisa, assistant professor of geography, and in Terrorism and Counterterrorism with John Schiemann, professor of political science, she says.

In turn, Diabate made it her mission to make the world a little smaller within the FDU community. She was a founding member of the Upsilon Theta chapter of Alpha Kappa Alpha Sorority, Incorporated, the oldest Greek-lettered organization established by African-American, college-educated women. It was chartered at the Florham Campus in April of 2018 and Diabate served as the sorority’s first president, helping to bring African-American women together at FDU.

“While her individual schoolwork was always distinguished, we also valued Fatou’s devotion to the wider FDU community,” says Peabody. “Whether informally mentoring classmates, helping her peers get ready for tests or setting the groundwork for a chapter of Alpha Kappa Alpha, Fatou displayed an enviable balance between personal achievement and giving to others.

“It is no surprise that she continues to thrive.”