Home / To infinity and beyond! Alumnus celebrates launch of the James Webb Space Telescope

To infinity and beyond! Alumnus celebrates launch of the James Webb Space Telescope 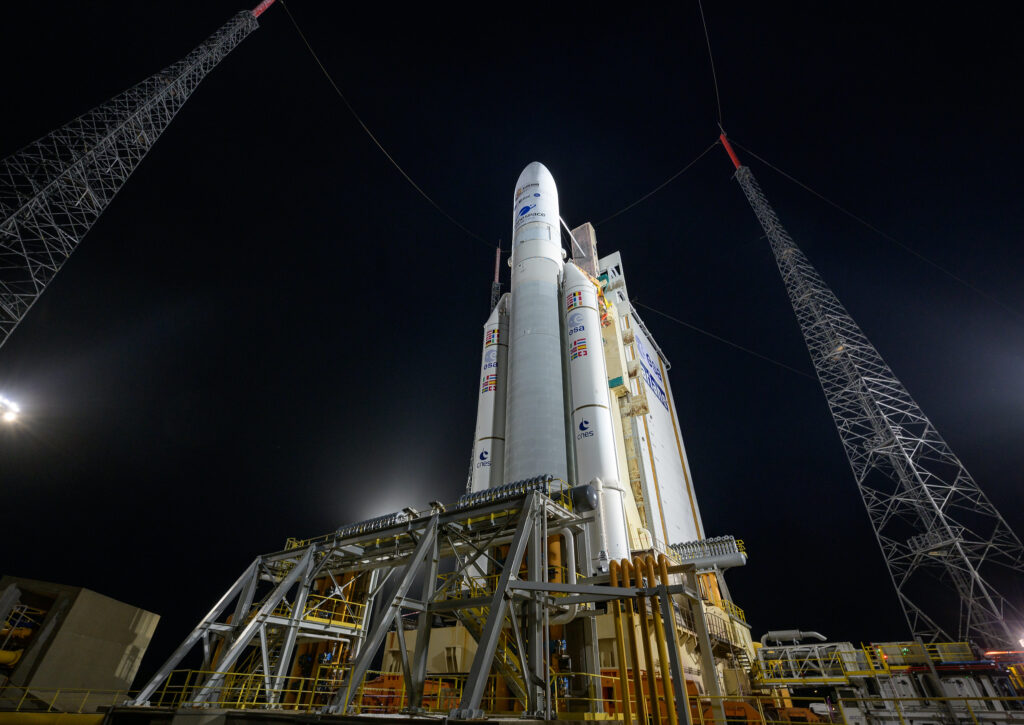 January 25, 2021 — NASA’s James Webb Space Telescope (JWST) successfully launched on Christmas Day, and William Ochs, BS’79, MS’82 (Metro), couldn’t be prouder. He has been Webb’s project manager for the past 11 years, after previously working on the Hubble Space Telescope for nearly two decades. 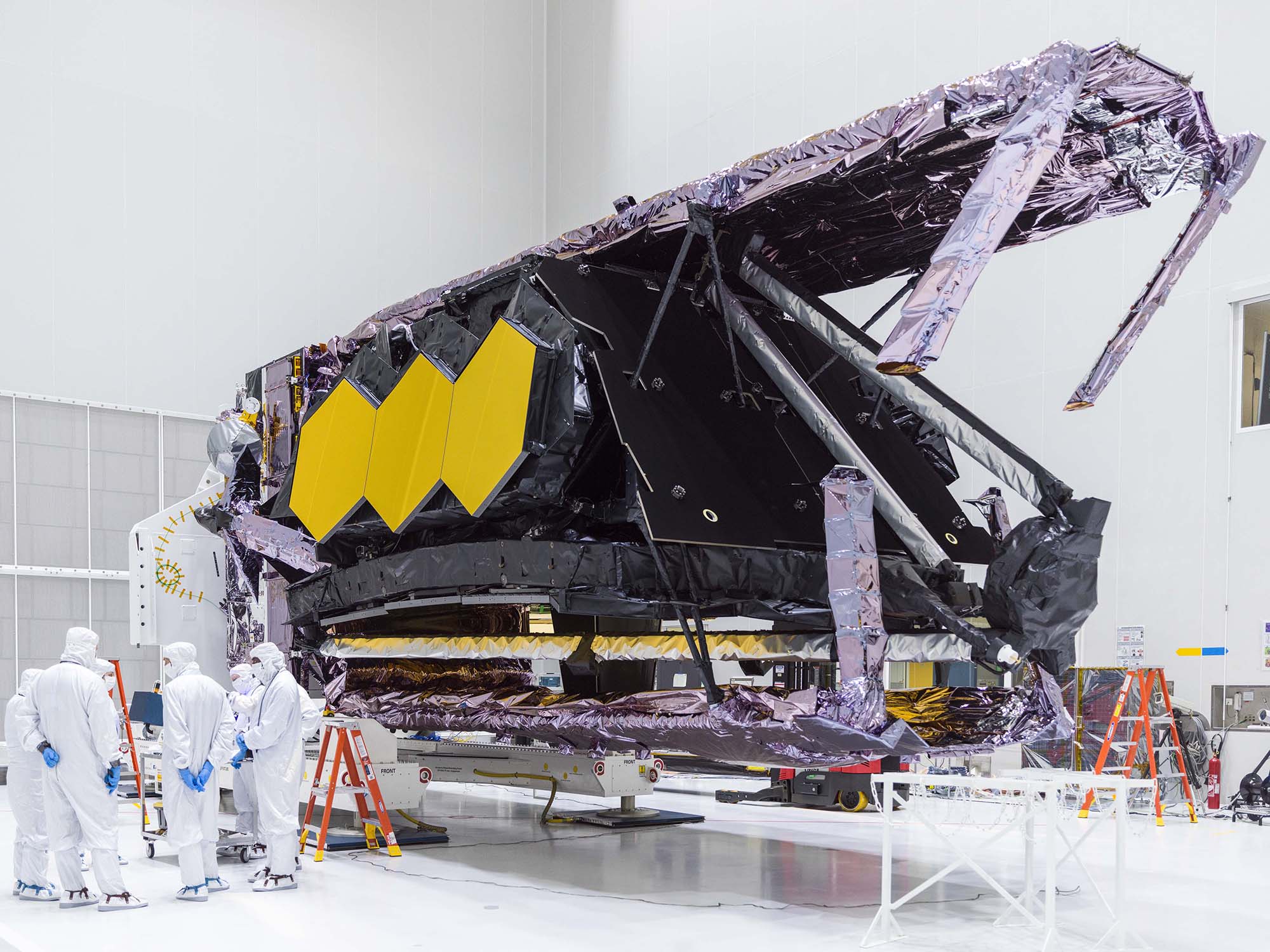 The powerful telescope features one of the biggest mirrors NASA has ever built. The entire telescope had to be carefully folded to fit inside the launch rocket. (Photo: NASA/Chris Gunn)

Ochs witnessed the launch at Europe’s Spaceport in French Guiana, along the northeast coast of South America. And it went perfectly!

The rocket with the telescope aboard launched on Christmas Day. (Photo: NASA/Chris Gunn)

The Webb telescope separated from the upper rocket stage after just 27 minutes to great applause and shouts of “Go Webb!” Its solar array and communications antenna have both deployed successfully. The telescope reached its final orbit, 1 million miles from Earth, on January 24.

Two days prior to launch Ochs told The Atlantic, “I’m 100 percent confident that we’ve done everything we can to maximize the probability of success. But that doesn’t mean you don’t get nervous.” Ochs’ role in the control room included manning a stop button in case anything unexpected happened on the launchpad. Fortunately, he didn’t have to use it.

The $9.8-billion Webb telescope, a 25-year joint project between NASA and the European and Canadian space agencies, was deployed by an Ariane 5 rocket.

The most powerful telescope ever, Webb will look back into the farthest reaches of the universe. Scientists hope that it will reveal stars and galaxies that formed in the wake of the Big Bang. The scope will observe infrared light, making it much more powerful than the Hubble Space Telescope, which viewed visible and ultraviolet light.

“This is a very exciting project on many different levels,” Ochs told FDU Magazine in 2016. “With the help of the JWST, we’re going to be looking back at where we came from, which could change our ideas about the universe we live in.”

Because of the massive scale of the telescope and its heat shields, the project had to be tested in parts. The first tests assessed the science instruments that would operate on board. Next, the components were shipped to the Goddard Space Flight Center in Greenbelt, Md., for vibration testing. Then, tests continued at Johnson Space Center in Houston, Tex., in a giant cryogenic laboratory — constructed just for this project — to ensure the scope could withstand the below-freezing temperatures of outer space.

There have been plenty of expected and unexpected hiccups during the project, which is why NASA runs so many tests prior to its space launches. In a brief scare in November, a clamp released, causing vibration throughout the entire instrument. After many additional tests, it was determined that Webb was still safe to launch, and the telescope began fueling on November 25. 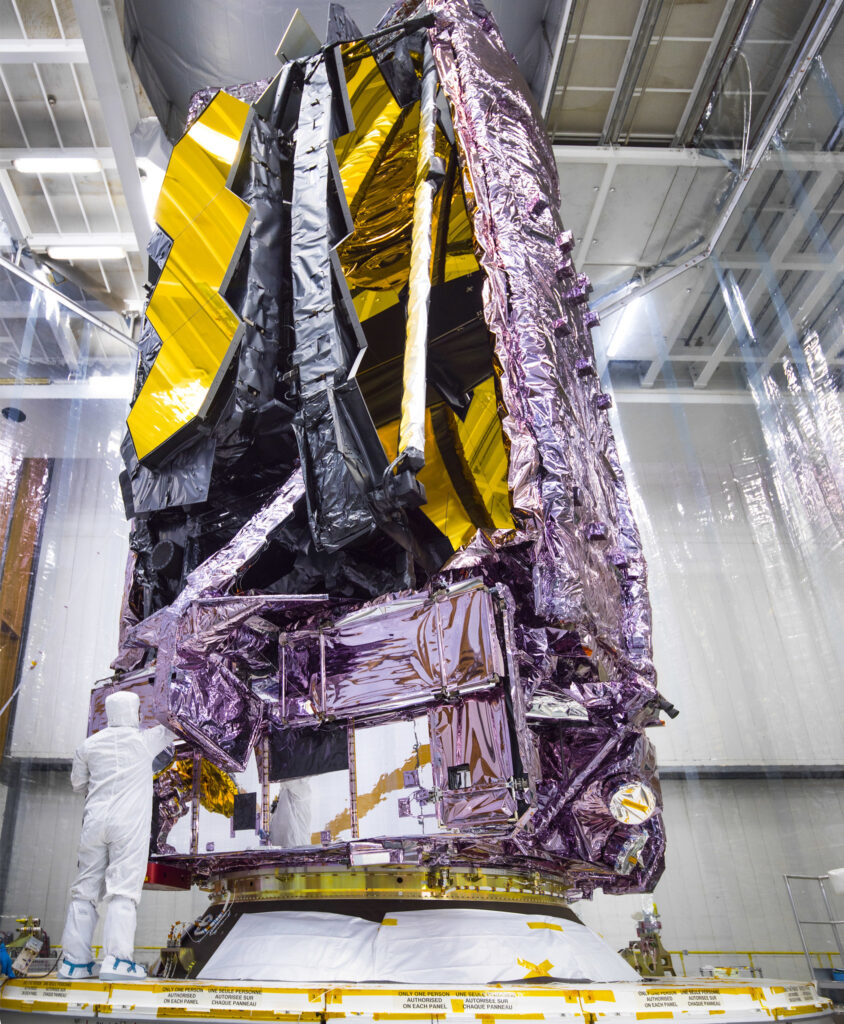 The telescope sits atop the launch vehicle prior to being encapsulated. (Photo: NASA/Chris Gunn)

There is no room for error because the telescope is too far away from Earth for service. “I won’t breathe a sigh of relief until we’re operational, about 180 days after launch,” said Ochs, in a CBS Baltimore interview in November.

This will be Och’s final project for NASA; but he looks forward to seeing images from Webb throughout his retirement, which will start after the deployment phase of the project wraps.

“I started on Hubble at 21 years old, and I’m finishing my career managing JWST. It’s just mind-blowing. It’s like I came full circle. I get a tremendous amount of satisfaction out of that,” he said.

Read our earlier article about Ochs and his involvement with the James Webb Space Telescope in FDU Magazine.