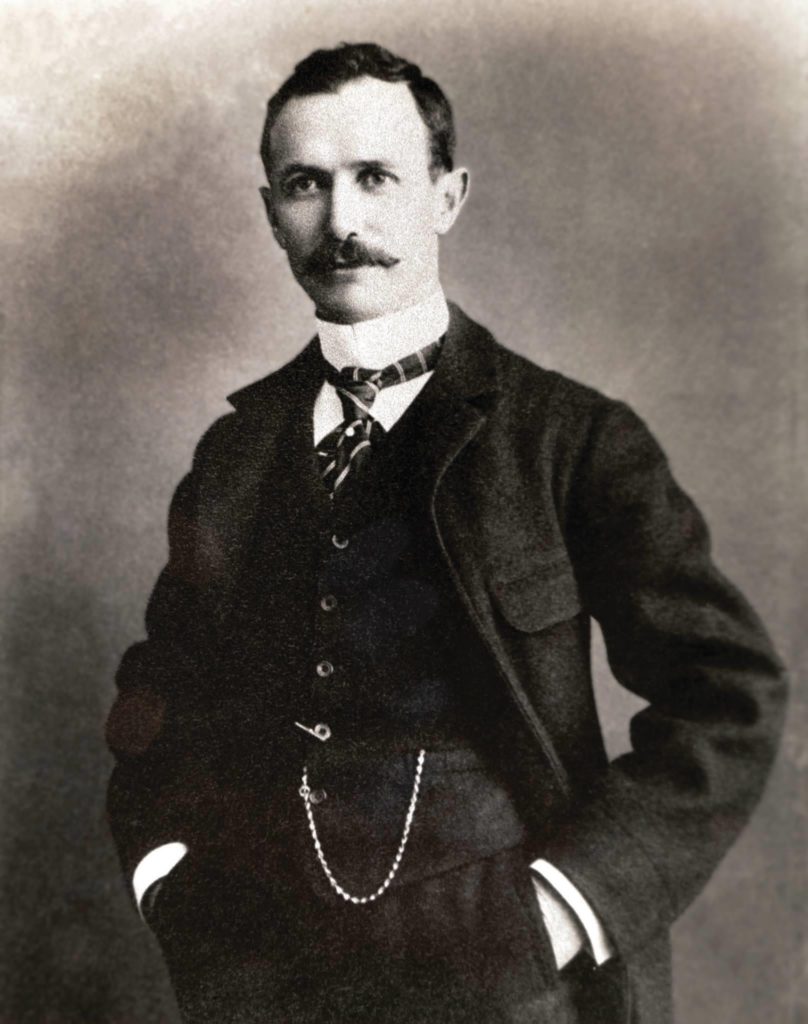 Aug. 5, 2020 — Fairleigh S. Dickinson, the University’s namesake, is being inducted in the New Jersey Hall of Fame as part of the incoming Class of 2019-2020, the committee announced.

The list of inductees also includes Board of Trustees member Linda Bowden, MBA’83 (Metro), recognized for work as regional president at PNC Bank and as chairwoman of the N.J. Chamber of Commerce.

Dickinson, a co-founder of medical technology company, BD (Becton, Dickinson & Co.), was an early benefactor of FDU. He invested $30K to inaugurate a two-year junior college on the site of Iviswold Castle in Rutherford, N.J., envisioned by University founder Peter Sammartino and his wife, Sylvia “Sally” Scaramelli. In honor of their most generous benefactor, the Sammartinos named the school Fairleigh Dickinson Junior College.

The 12th annual induction ceremony will be a one-hour, virtual pre-recorded ceremony that will take place on Sunday, Oct. 18, 2020, and will be broadcast on several television, radio and prominent social media platforms throughout New Jersey.

A Brief history of FDU’s Namesake