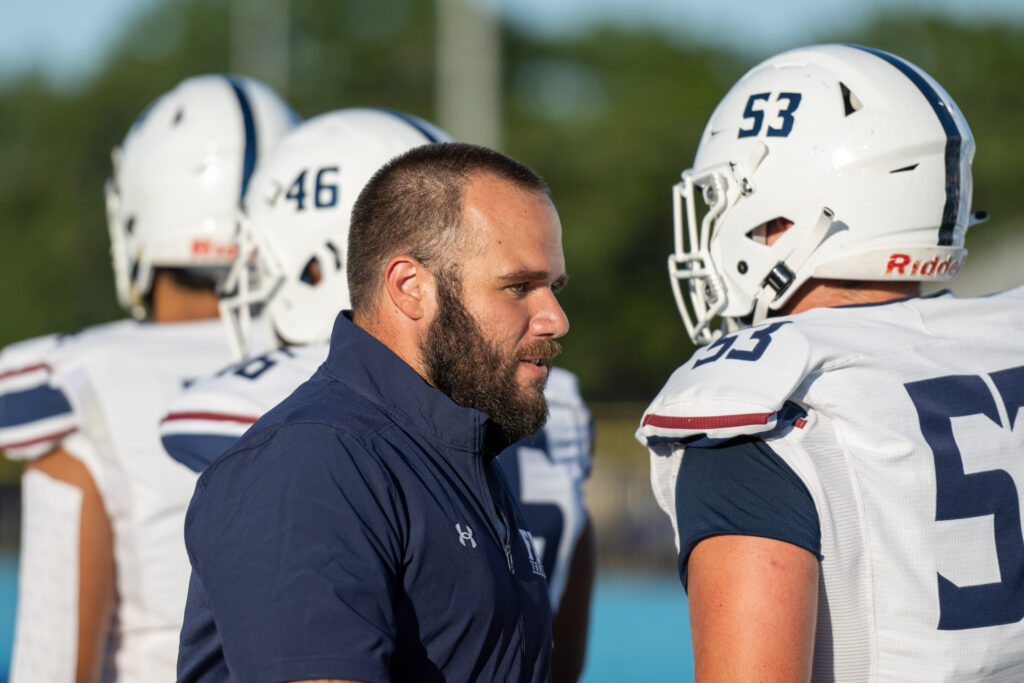 FDU: Where are you from originally?

Anthony Van Curen: I was born in New Jersey but grew up in New York.

FDU: What does a typical practice look like for your team?

AVC: Practice for our team is two and a half hours long and full of different segments. Since there are multiple phases to a football game like offense, defense, and special teams, we must work on each individually and through the use of team periods.

FDU: What do you expect of your players?

AVC: For me, the expectations are simple. I want our players to be three things. First and foremost, we need to be a family. That means we need to love and support one another so we can help each other persevere through the adversity that we will all face. Secondly, I expect our players to be dedicated. Not just to our program but to anything they choose to take on in their lives. Last but not least, I ask them to be uncommon. Uncommon teams accomplish things that average teams do not and Uncommon people stand out where average people do not.

FDU: During game time what does your sideline look like?

AVC: Our games are fun, our players have a lot of fun in games because we have all worked so hard during the week to prepare. So when it’s time for the games we go out, execute our responsibilities and have fun doing it.

FDU: Where would be your dream stadium to play in?

AVC: Before I came back to FDU, I was at Rutgers University, New Brunswick, NJ, so I was able to coach in almost all the Big Ten Conference stadiums. A lot of those were on my bucket list, but I would have to say Lambeau Field, in Green Bay, Wisconsin — where the Green Bay Packers play.

For more information about Devils Football or their upcoming schedule click here.

For information about homecoming
Homecoming Registration