When Fairleigh Dickinson University opened Wroxton College in 1965, it became the first American higher-education institution to own a campus overseas. With its idyllic location close to Stratford- upon-Avon, London and Birmingham, the “Wroxton Experience” is ideal for those studying history, politics, or literature. But Wroxton is so much more than that, and many other subjects — from criminal justice to international business — are offered there.

Students live and study in the 17th-century Jacobean mansion known as Wroxton Abbey. Courses are taught by the lecture, seminar and tutorial method employed in British universities. Students benefit from valuable links established with major British institutions including the Shakespeare Center, The Shakespeare Institute (University of Birmingham), the Houses of Parliament and Scotland Yard. They also enjoy excursions to notable sites throughout England and Europe.

With more than 10,000 attendees to date — including many from institutions other than Fairleigh Dickinson University, the Wroxton Experience continues to broaden horizons after more than fifty years.

A study abroad experience will impact a student’s perspective, which will be dramatically expanded. It gives a student the opportunity to see the world from a totally different viewpoint -- from outside the United States. 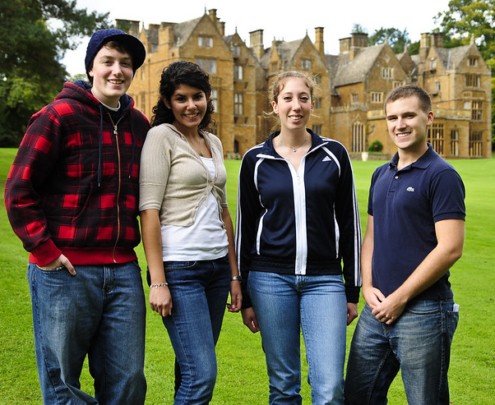