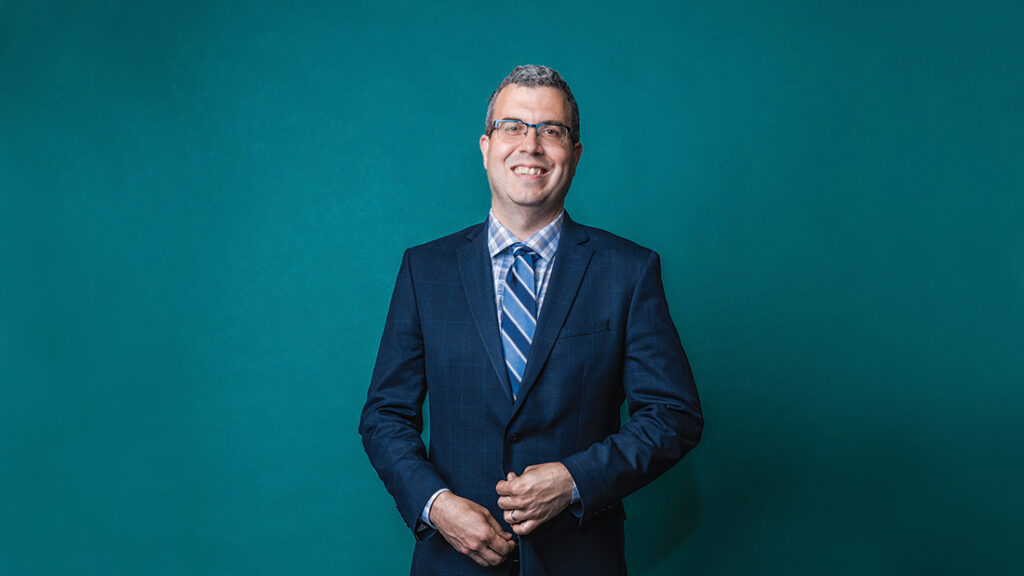 January 1, 2023 — The Fairleigh Dickinson University Board of Trustees has appointed University Provost and Senior Vice President for Academic Affairs Michael J. Avaltroni to serve as interim president beginning on January 1, 2023.

“I am honored to have been selected to serve as interim president as we begin the next chapter of our institutional journey at Fairleigh Dickinson University,” said Avaltroni. “I have spoken at length about the transformational impact that FDU has had on my own personal experience, and I look forward to working with an incredible community to make this a transformational place for a new generation of students.”

Avaltroni has served the University in various capacities since 2003, including as a faculty member and chair of the Department of Chemistry and Pharmaceutical Sciences and, for nearly a decade, dean of the School of Pharmacy and Health Sciences.

“Dr. Avaltroni has distinguished himself with an exemplary record of service and contribution to FDU,” said Board Chair Robert J. Zatta in a note to the University community. “We are very excited about the opportunities ahead and we look forward to supporting Dr. Avaltroni and the entire community as the University begins a new era.”

Thanks to the progress in recent years, Zatta said the University has “a strong foundation in place” and is “well positioned to continue enhancing the value of an FDU degree, to further distinguish the University’s innovative programs and to provide even more opportunities for students to transform their lives.”

“We must now begin to revitalize, reform and reinvent our programs and services for the next generation of learners who have different needs and expectations,” Avaltroni said.  “Shortly, we will be circulating a working draft of a strategic transformation plan, ‘FDU will SOAR,’ which will put us on a path toward transforming our institution to be more ready than ever to transform the lives of our learners.”

Avaltroni was instrumental in the process of creating the School of Pharmacy and Health Sciences. In 2009, he began building the school’s curriculum, experiential learning and programmatic infrastructure as associate dean for academic affairs. He took over as interim dean in 2012 and was appointed permanently to the position of dean in 2013. Since creating the blueprint for the school in 2009, he moved the program through full accreditation status with the Accreditation Council for Pharmacy Education (ACPE) and led efforts to expand health science offerings across the University through programs in public health, physician assistant studies, occupational therapy, physical therapy and social work.

Avaltroni was named provost and senior vice president for academic affairs in January 2022. As provost, he led the academic affairs subcommittee of the Diversity, Equity, Inclusion and Accessibility (DEIA) Advisory Council; laid the groundwork for new community college partnerships; presided over the development of the Hispanic Center (which this year had two of its programs nationally recognized by Excelencia in Education); and coordinated the formation of a new academic leadership team.

FDU’s new leader added, “I continue to hold firm to what I have always believed since my first day at FDU: we hold a special and important place in the community, we transform the lives of those who enter our doors, and our best days still lie ahead. While there will be much work to do, I believe that we will realize our goal of reinventing FDU to lead the way toward a bright future ready to serve a new generation of students. I look forward to walking this path together with all of you.”