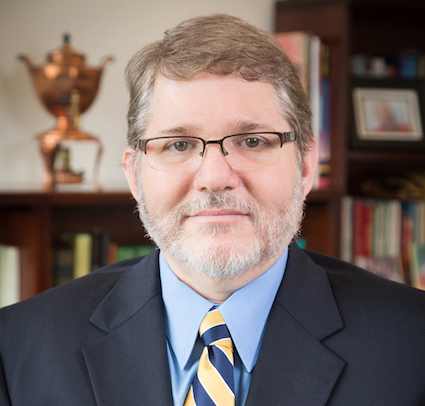 Dean Rifkin’s academic career began at the University of Wisconsin-Madison, where he served on the faculty of the Department of Slavic Languages and Literatures for 15 years.  Before joining Fairleigh Dickinson University as a Professor and Dean of the Maxwell Becton College of Arts and Sciences, he held academic leadership positions at Temple University, The College of New Jersey, Ithaca College, and Hofstra University. In these roles, he has worked with colleagues to develop new programs to expand student participation in transformative learning experiences (community-engaged learning, internships, study abroad, and undergraduate research).

Rifkin has written two books and two co-authored books. He has edited or co-edited scholarly volumes and is the author of over two dozen articles in refereed journals including the ADFL Bulletin, Foreign Language Annals, Language Learning, Modern Language Journal, Russian Language Journal, Slavic & East European Journal, as well as articles in Russian for journals published in the Russian Federation, focusing on curricular design and the assessment of learning outcomes. Rifkin is the co-author of the Russian-language textbooks Panorama (Georgetown University Press) and Advanced Russian through History (Yale University Press).  He has given dozens of invited lectures, workshops, and refereed conference presentations on the liberal arts, world language education, curricular design, and assessment of learning outcomes. Rifkin’s current research focuses on compassion and global citizenship in the liberal arts curriculum. He has won millions of dollars in grants from private foundations and the US Department of Education to create learning experiences (e.g., oral history interview programs, community-engaged learning on a faculty-led study tour) and award-winning instructional materials for the study of the Russian language, history, and culture, including RAILS.

Dean Rifkin is originally from Bergen County, New Jersey, and Rockland County, New York. He and his wife have two grown children, both of whom hold liberal arts degrees. In his spare time, Rifkin enjoys science fiction (a Star Trek fan from the debut of the original series). He dreams of one day getting another golden retriever.