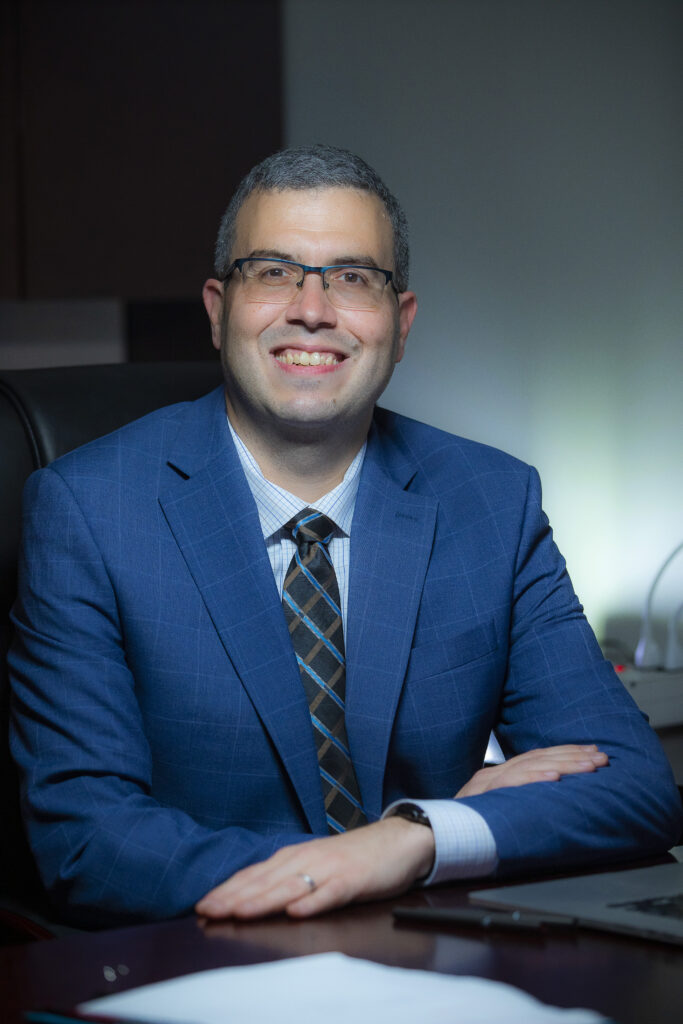 Dr. Michael J. Avaltroni is a 1999 graduate of Fairleigh Dickinson University, receiving a B.S. in Chemistry, Summa Cum Laude. He went on to complete a M.A. in Chemistry in 2001, and a Ph.D. in Chemistry in 2003, both from Princeton University. His area of research interest is in the area of surface science, specifically focused on surface modification of titanium materials to facilitate cell attachment, biomineralization, and interfacial adhesion in biomedical devices. His research in this area has led to multiple publications and ten United States patents. In addition, the technology he has created in this field of study has been licensed for the creation of of two biotechnology companies, Orthobond, Inc., Princeton NJ, and Aculon, Inc., San Diego, CA.

Since joining the university in 2003, Dr. Avaltroni has worked in a number of different capacities, including as a faculty member and Chair of the Department of Chemistry and Pharmaceutical Sciences, and he was instrumental in the process to create the School of Pharmacy and Health Sciences. In 2009, he began building the school’s curriculum, experiential learning and programmatic infrastructure as Associate Dean for Academic Affairs.  He took over as Interim Dean in 2012 and was appointed permanently to the position of Dean in Spring 2013. Since creating the blueprint for the school in 2009, he has seen the program accept its first class, has worked to put together a first-rate team of faculty and staff, has built strong relationships with the pharmacy and healthcare communities across the state and the region, and has moved the program through full accreditation status with the Accreditation Council for Pharmacy Education (ACPE).   He led efforts to expand health science offerings across the university through programs in public health, physician assistant studies, occupational therapy, physical therapy and social work.

Michael transitioned to the position of University Provost and Senior Vice President of Academic Affairs in January 2022. As Provost, Dr. Avaltroni plans to create more interdisciplinary programs, integrate the Vancouver and Wroxton campuses more into the FDU identity, and reinvigorate community partnerships so that FDU continues to be the institution of choice for traditional and non-traditional learners in the region.

Over the past several years, he was selected by NJBiz as one of New Jersey’s 40 Under 40 and has been recognized multiple times by NJBiz Magazine as the leader for the #1 Best Place to Work in New Jersey.  Additionally, he has received awards from the New Jersey Pharmacists Association, the New Jersey Society for Health Systems Pharmacists, the NJBiz Healthcare Heroes event and by SmartCEO Magazine for its Corporate Culture Awards. He currently resides in Marlboro, NJ with his wife, Jill, and their three children.