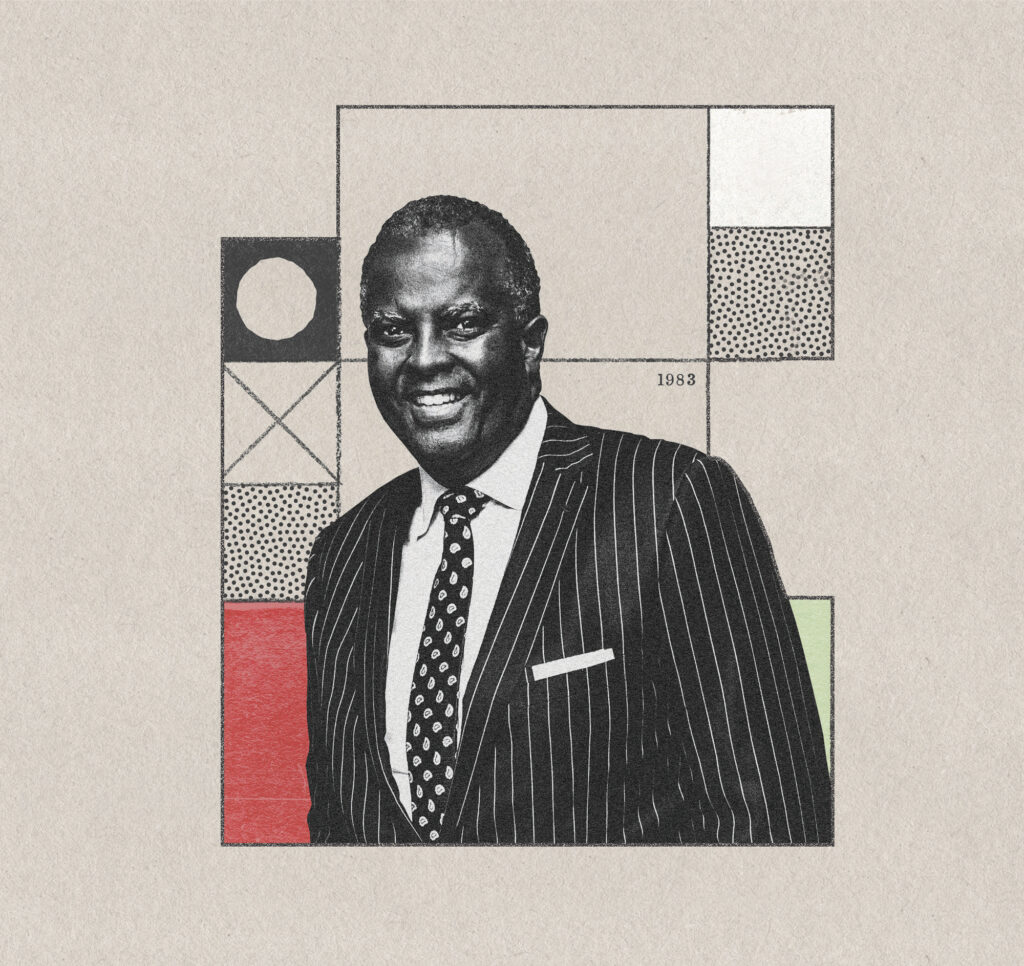 As a young man, John E. Harmon, Sr., spent time on the campus of Mercer County Community College (MCCC) — a kind of social gathering spot and a great place to play basketball or shoot pool.

One day, three women who worked for the college challenged him. “They called me by name and said, ‘John Harmon, you’re here every day. Why don’t you go to school? You should be in school here,’” he recalls. “They helped me with the paperwork, and I enrolled.”

At the time, Harmon worked as a mechanic. His father was a truck driver and his mother, who had worked in a factory, had passed away. None of his six siblings had completed a college degree. “My father didn’t go to college or finish high school, but he really appreciated my accomplishments. He came to my community college graduation and my FDU graduation.”

Harmon attended FDU’s Rutherford Campus after MCCC and studied business management. He was president of the Black Student Union and a resident assistant.

“I was a young Black man from Trenton finally realizing that a better life could be had with a college education,” he says.

Through grants and the Educational Opportunity Fund (EOF), Harmon found both the financial and personal support he needed to succeed in college. And career services connected Harmon with the Bowery Savings Bank for a management-training program, putting him on track to flourish in the business world. He was the only Black man selected for the program.

“I got a chance at a young age to work with some very smart people who allowed me to evolve, to learn from my mistakes, and they didn’t chastise me, but rather encouraged me,” says Harmon.

He left the banking industry after a decade to start his own trucking business, Harmon Transfer Corp., which he ran for 16 years.

“Fairleigh Dickinson University was an integral part of my success,” Harmon says. “College opened up pathways and taught me to engage in conversation in a substantive way.” He’s also proud to say that all three of his sons have attended college.

His mission at the AACCNJ is to pay it forward and to create more equitable opportunities for Black-owned businesses and Black entrepreneurs.

At Commencement 2022, in May, Harmon received an honorary degree from FDU, and delivered the graduation address. He said, “FDU has prepared you to confront tomorrow’s challenges head-on and to unearth future opportunities, therefore, take full advantage of this mutual investment in your future by making us all proud that we had this time together today.” Later in June, Harmon became a member of FDU’s Board of Trustees.