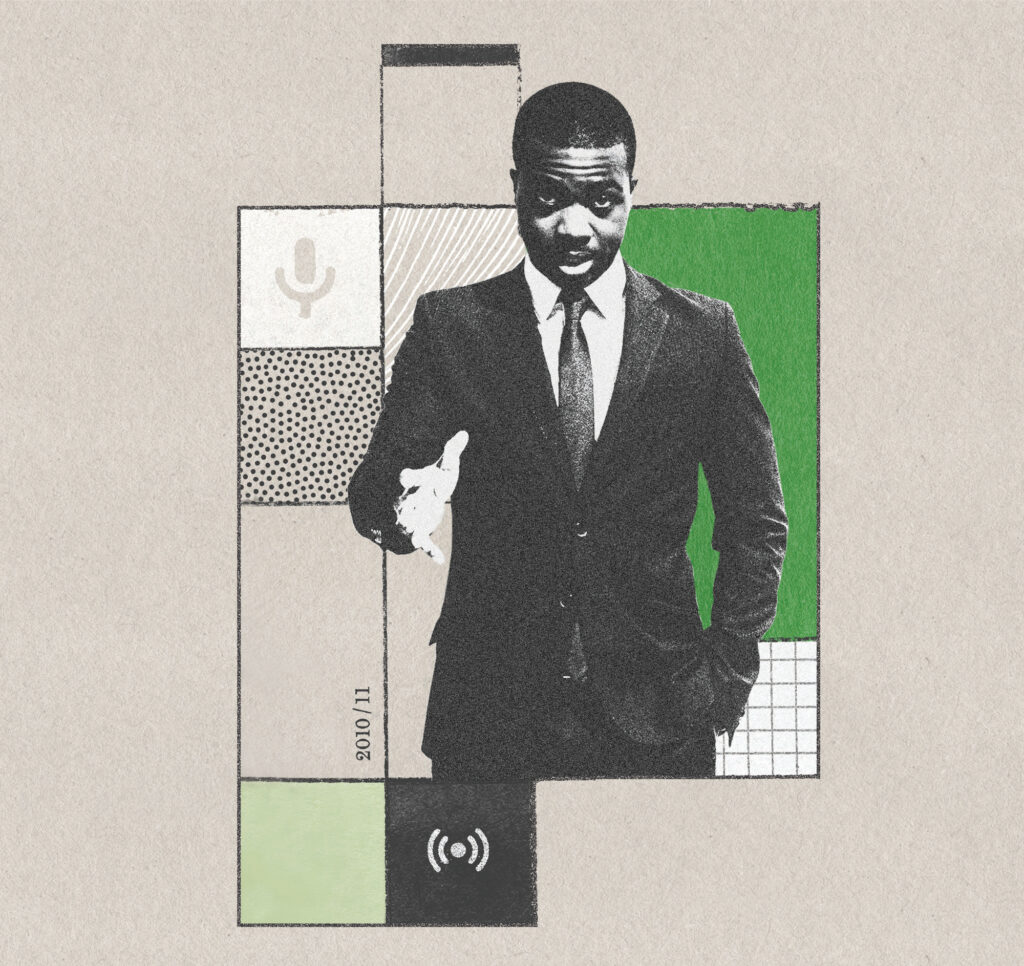 “When you’re a first-generation student,” says Jonathan “J Hype” Hyppolite, “not only are you making sure that you lead by example, but you’re also the benchmark for your siblings — and for the entire family.”

Hyppolite’s father is from Port-au-Prince, Haiti, and his mother from Brooklyn, N.Y. They raised their children in East Orange, N.J.

A lot of Hyppolite’s work ethic comes from his high-school experience at St. Benedict’s Preparatory School in Newark, N.J. The monks instilled “confidence, knowledge, respect and being able to stand your ground, on top of finding out who you are.” They also taught him to leave a legacy and plant the seeds for the next generation.

“I needed to get my degree not only for myself, but also for the people who look up to me to make sure that we all get through this, that we all come out of the dark into a much more fruitful, financial and prosperous legacy.” Being the eldest child in his family made this seem even more imperative.

Life at the Metropolitan Campus nourished Hyppolite’s interest in entertainment. On air at WFDU-FM (89.1), he was “Jonathan the Intern.” His radio experience exploded from there. “Country, bluegrass, gospel, alternative rock, blues, industrial, then eventually on Johnny’s Jiving Jukebox Jams, playing rock, bluegrass, heavy metal and some soul and funk,” Hyppolite says. He also deejayed many campus events.

He interned at the Afropunk Festival in Brooklyn, catering to the Black and Hispanic communities by “bringing out music of all types of genres, speakers, skateboarders and even BMX riders.”

As a graduate student, Hyppolite worked for the dean of students at the Metropolitan Campus. Not only did the position offer him tuition benefits, but it also gave him the skills he uses in his current job.

“Take part in anything that FDU offers that allows you to be a part of, or hand-in-hand with, people coming from different cultures, demographics, age or financial brackets,” he says. “It’s important to find yourself through the classes that you go to, the people that you collaborate with, your deans, your professors and the organizations you join.”

Hyppolite’s campus involvement helped him to find his adult self and leverage his college experience into success in the entertainment field.

After graduating with his master’s in media and professional communication, fortune hit. A good friend of Hyppolite’s from FDU was moving on from a post-production position at the television show “Maury.” The friend asked: “Are you are still interested in being in the talk-show business?” NBCUniversal asked Hyppolite to start the next week.

Now, as a front-of-house supervisor, he makes sure COVID-19 protocols are being followed, warms up audiences for popular talk shows, including “Maury” and “Jerry Springer,” and supervises everything from public-safety issues to additional staff.

Ultimately, Hyppolite says, “My degrees have given me confidence. They also allowed me to walk into the door of NBC and to work on one of the longest-running daytime talk shows in the history of television.”