“Democracy is on the Ballot” event hosted on Metropolitan Campus 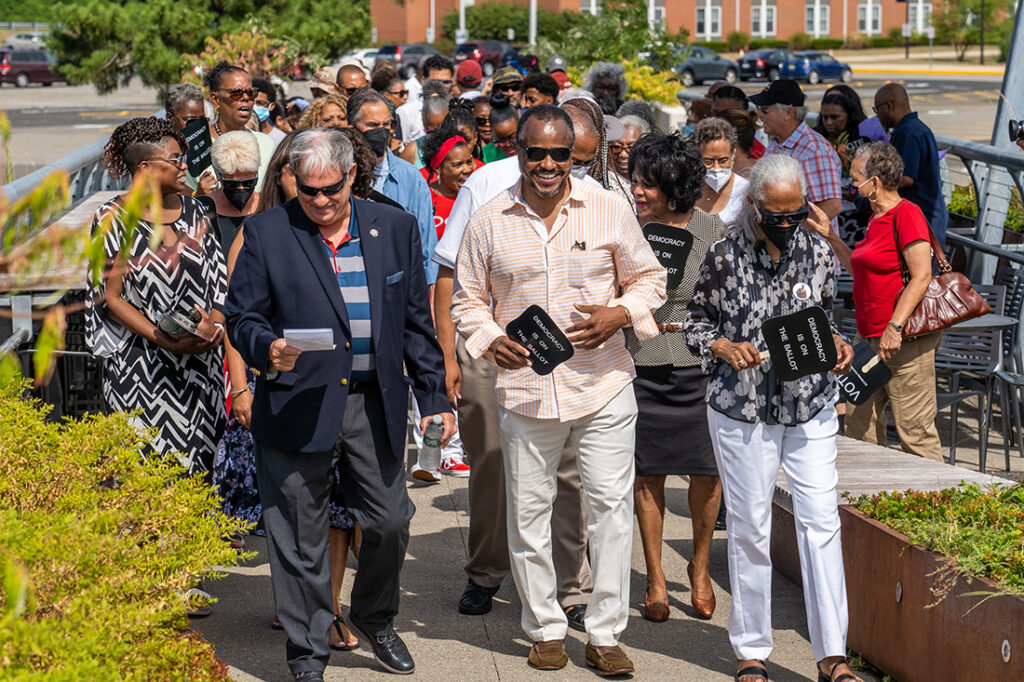 MLK Committee Co-Founder Theodora Lacey along with community officials lead the march and led the walk across the footbridge.

August 22 – On August 21, guests gathered at the impressive Martin Luther King Jr. monument located in Dr. Martin Luther King Jr. Plaza adjacent to the Hackensack Riverwalk on FDU’s Metropolitan Campus for a special community program, “Democracy is on the Ballot,” hosted by the MLK Birthday Committee.  The event was designed to help mobilize the community’s voting power to create positive change in upcoming elections. 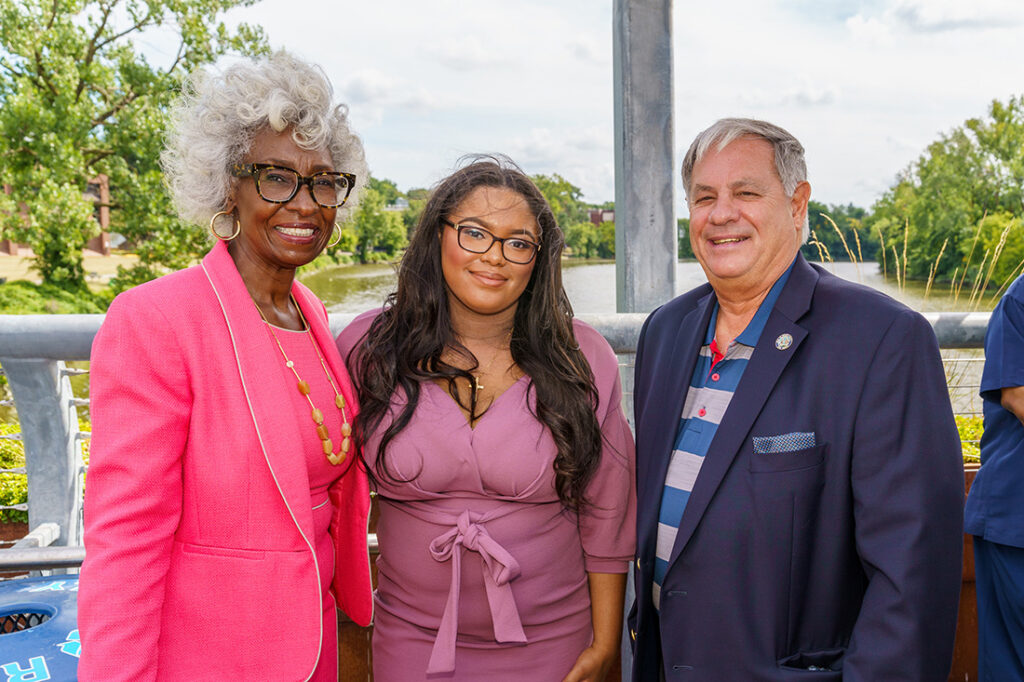 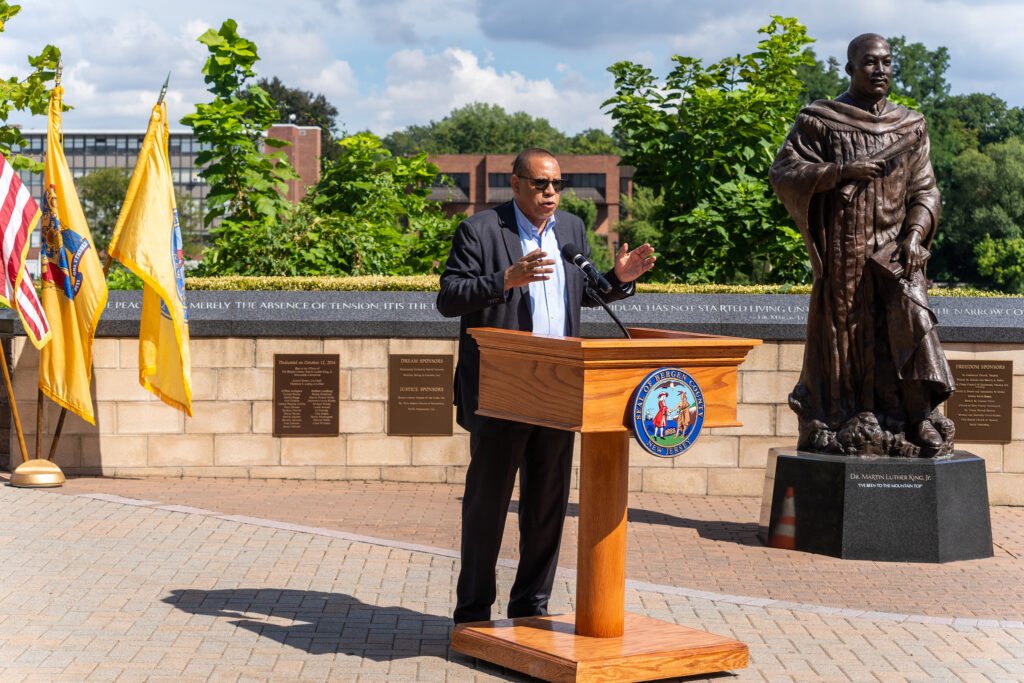 Dale Caldwell, Executive Director of the Rothman Institute of Innovation and Entrepreneurship. 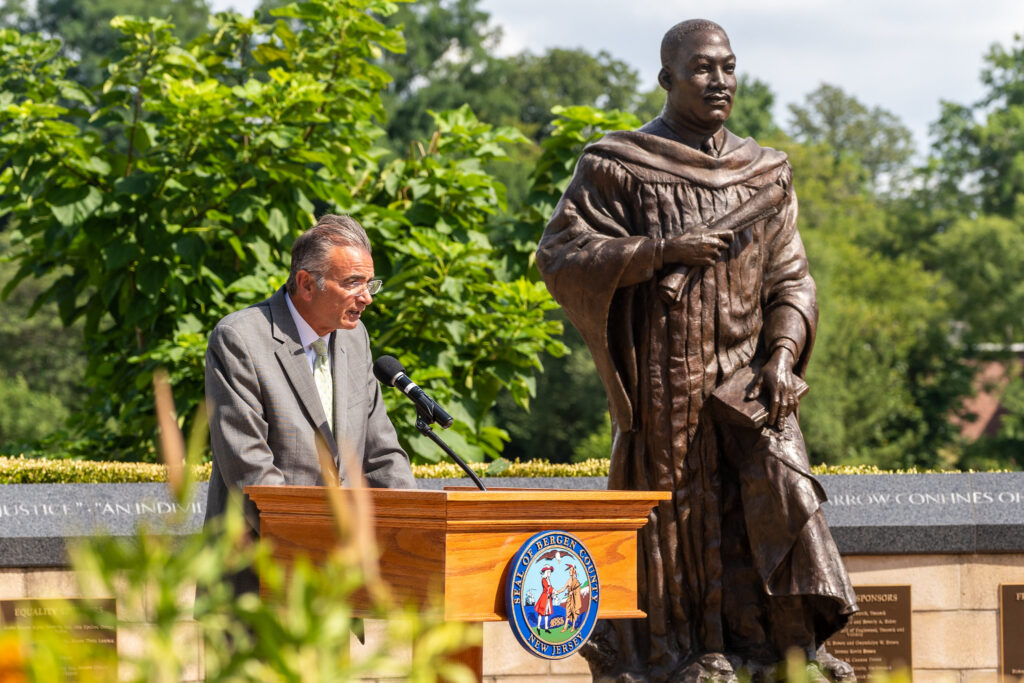 Reshma Khan from Teaneck’s One Town/One Vote served as the guest speaker, while Arnold Brown and Theodora Lacey, long-serving co-chairs of the Martin Luther King, Jr. Monument Committee were recognized for their years of service and were surprised by a birthday celebration! 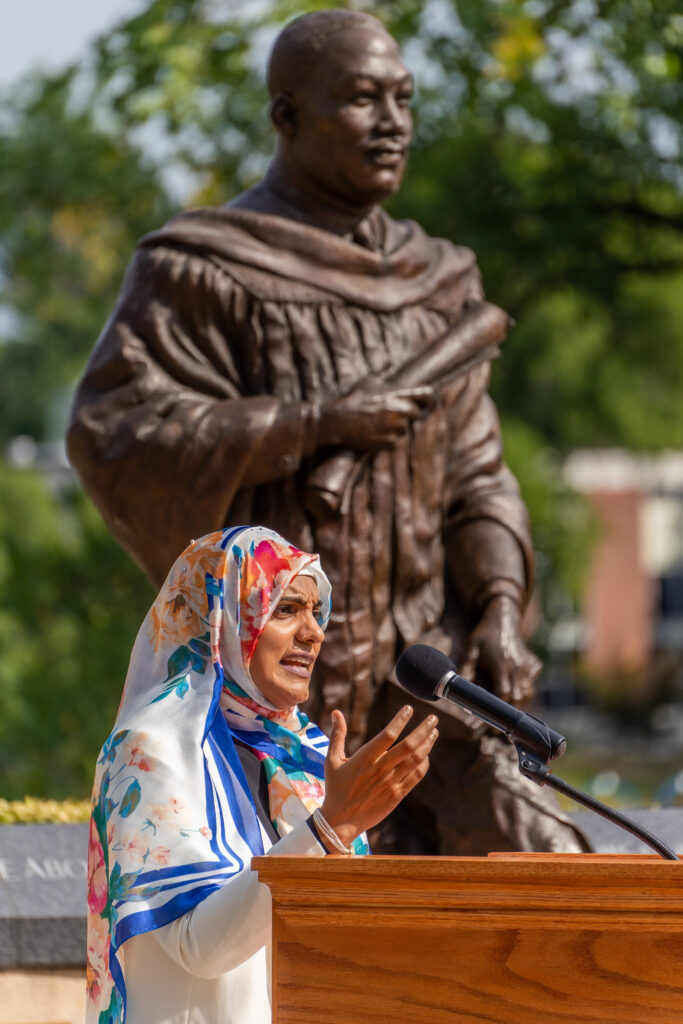 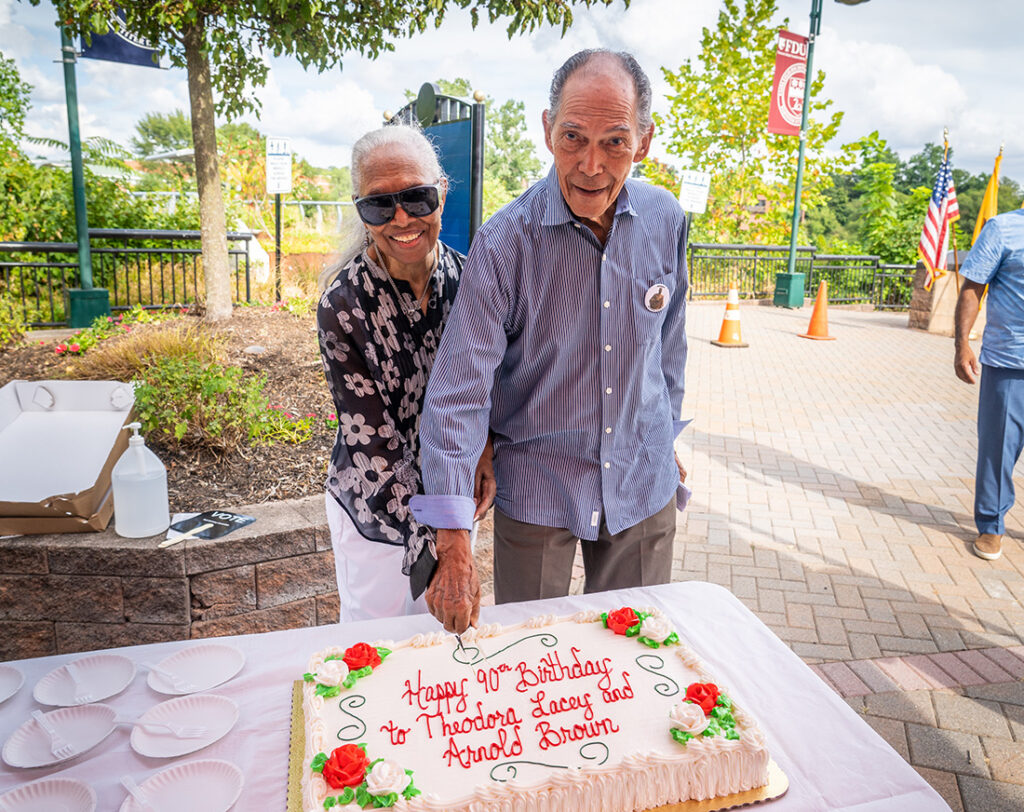 Check out The gallery of photos!