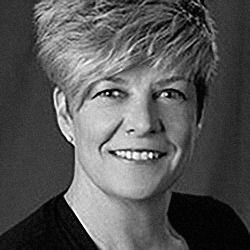 Free for FDU faculty, students, NJ Business Idea Competition participants and their guests. RSVP by April 18, 2018. Questions? Call us at 973-443-8887 or via e-mail to rothman@fdu.edu.

Meg Columbia-Walsh is widely recognized as one of the most successful women tech entrepreneurs and CEOs and as a pre-eminent digital marketing thought leader. Meg is currently the CEO of Wylei, Inc., an artificial intelligence (AI) and machine learning (ML) company where the cloud-based machine uses advanced predictive algorithms to take the guesswork out of digital web, email, mobile, and video campaigns. She is a proven entrepreneur recognized as a leading visionary in marketing, digital, social, mobile, pharma business process and consumer marketing and has published articles featured in highly recognized publications such as Forbes Magazine, PM360, MM&M, and many others.

Meg has received over 20 awards and been recognized throughout her career. In September 2017, she was awarded the StartOut 2017 Ogilvy Innovator Award for recognition as an entrepreneur who through innovation has shaped, changed, or revolutionized a sector or industry. She has also been named as one of NJBIZ 2017 Top 50 Women in Business and one of LWT Power 100. Meg holds a BA in Business, Communications, Pre-Med, and Women’s Studies from Rider University. She is a frequent speaker and is widely published.