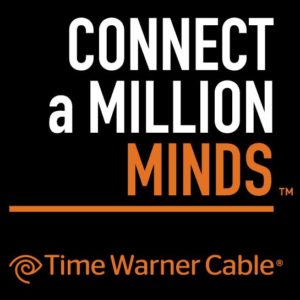 Fairleigh Dickinson’s School of Computer Sciences and Engineering has received multi-sponsor grants to fund this exciting program. The TEOP is provided at no cost, thanks to the generosity of the sponsors, including The Machuga Foundation, Greg Olsen (entrepreneur, astronaut), General Electric (GE Equipment Services), TOYOTA, BAE, UPS, BD and Public Service Enterprise Group (PSEG).

The program promotes computer science, engineering, mathematics and engineering technology to public high schools with large populations of under-represented minority and/or financially disadvantaged students. It brings upper-level high school students to the School of Computer Science and Engineering at the Metropolitan Campus for 10 Saturdays per semester for technical instruction and hands-on laboratory work under the direction of University faculty, staff and graduate students.

Students get introductory engineering lectures plus guided hands-on experience in working with various technology oriented kits, projects, and computer activities. Basic engineering and scientific concepts and principles and mathematics (keyed to the hands-on projects) would be introduced in the lectures. This innovative enrichment program provides exposure to, and experience with, pre-engineering and engineering technology activities.

Now funded by a Provident Bank Foundation grant through the Independent College Fund of New Jersey, META (originally META-TEOP) has a mission similar to FDU’s longstanding Technical Enrichment and Outreach Program (TEOP): to provide educational opportunities to minority and economically disadvantaged area high school students with an interest in STEM fields. META was conceived as a natural adjunct to TEOP and retains TEOP’s traditional hands-on instructional approach, but places its emphasis on the role of mathematics in science and technology.

Each of the META focus areas is treated in two or three four-hour Saturday workshops. These instructional workshops consist of an introduction to basic mathematical principles given by one of the three workshop instructors, followed by both individual and group project work. A final Saturday session includes a discussion on career options in mathematics, a mock scientific conference poster session in which the students present the work they did during the workshops, and the awarding of graduation certificates.

The cryptography sessions are designed to demonstrate to participants, using concrete examples of encryption and decryption of messages, the utility of basic abstract algebraic structures and concepts. Students learn how to encode their self-generated “plaintext” English-language messages, convert them via both secret key and public key methods into encrypted “ciphertext” messages, and finally recover the original plaintext messages. Workshop participants also analyze higher-level questions occurring in cryptographic protocols as an exercise in critical thinking that conveys the nature of non-computational open-ended problems in cryptography.

The cryptography sessions begin with a brief historical introduction to coded messages, and then move to a treatment of matrices over the integers modulo an integer n for application to Hill ciphers. Students are provided worksheets for individual practice, and are then randomly assigned to teams for group work on encoding and decoding messages via Hill ciphers. Next, we consider some basic cryptographic protocols (key exchange and authentication) before studying the additional number theoretic concepts (prime numbers, greatest common divisor, Euler totient function, and multiplicative inverses) needed for implementation of RSA encryption. Individual worksheets and group projects are given to cement student understanding through experiential learning. Software such as MATLAB and WolframAlpha is demonstrated and then used by students to simplify calculations after the basics are learned by hand. No previous knowledge beyond basic arithmetic is assumed.

To see the material presented in the cryptography workshop in the Fall 2013 META session, click here: Farag_META-TEOP_Cryptography_presentation.pdf

The computational neuroscience sessions are designed to give participants insight into the role of an applied mathematician in the physical sciences and the importance of assessing the statistical significance of conclusions drawn from a mathematical model. Students are given the task of deducing the threshold for human vision using a stochastic model of photon absorptions in the rod visual system. Participants validate their models on psychophysical data that they collect on themselves, providing the students a “closed loop” experience of formulating a scientific hypothesis, collecting data, modeling the data, and inferring a conclusion from the statistical analysis.

The computational neuroscience sessions begin with an introduction to the visual system and the quantum nature of light, focusing primarily on the rod/cone networks in the retina and past attempts to determine the minimum number of photon absorptions required for visual detection. We then discuss basic concepts of probability and probabilistic models, Poisson counting models and their use in visual neuroscience, how to use the MATLAB Statistics Toolbox to find optimal model parameters, and finally the issue of statistical significance and how to produce a “p-value” that quantifies the strength of model conclusions. Students collect the psychophysical data using a provided experimental apparatus. MATLAB code used by the students for the subsequent modeling and statistical analysis is provided by the instructor.

To see the material presented in the computational neuroscience workshop in the Fall 2013 META session, click here: Casti_META-TEOP_CompNeurosci_presentation.pdf

The graph theory sessions are an interactive, instructive series designed to afford participating students opportunity to familiarize themselves with basic graph theory. In addition to the conceptual components of graph theory, participants garner insight into some of its modern applications – many of which underpin our most prized conveniences such as internet search engines and the global positioning system (GPS).

During the graph theory sessions, students are introduced to the definitions and properties of graphs through solving classic graph theory puzzles such as The Bridges of Konigsberg, The Traveling Salesman, and The Three Houses and Three Utilities Problem. Throughout this process, they are also asked to solve challenge problems related to the current topic of discussion. As part of their foundational training, students learn Dijkstra’s algorithm for finding the shortest path between two nodes with multiple routes on a weighted graph. They are also introduced to the proof by induction method for proving a mathematical relationship. Once the foundation is laid, students are given the task of emulating a GPS’ utilization of graph theory. This project asks that students elucidate the shortest path between two locations with multiple prospective connecting routes. To do so, students must construct a graph with directed and weighted edges which emulates the route options given by Google Maps. They must then find all possible routes and indicate which one is the shortest path. Students are asked to validate their conclusion through a written application, wherein they articulate their rationale and process. Finally, students are asked to evidence their understanding of the relationship between Google Maps output and graph theory route selection.

To see the material presented in the graph theory workshop in the Spring 2015 session, click here: Huddy_META-TEOP_Graph_Theory_Presentation.pdf.