Janet O’Neil is professor of graphic design, and coordinator of the Graphic Design Program in the School of the Arts. O’Neil has worked in the field of corporate education and has designed numerous websites. Her paintings have been shown in several New Jersey exhibitions and galleries, and she is passionate about using design and artistic skills for social responsibility. Her hand in graphic design at FDU has helped the program grow into a recognized entity that focuses on both skill and creativity.

Katie Tedesco, BA’16 (Flor), has worked as a professional jewelry designer, both for companies and on her own. She has designed licensed products for brands such as Disney and Sanrio (Hello Kitty); and for major retail outlets including Target, Claire’s, Michaels, Party City, Spirit Halloween and Hot Topic. One of the things she is most proud of is her Etsy store, KatieTedescoArt, which features 150 custom designs inspired by popular reality TV shows, with more than 19,000 sales and 2,000 five-star reviews. She is also president of the School of the Arts Alumni Chapter. 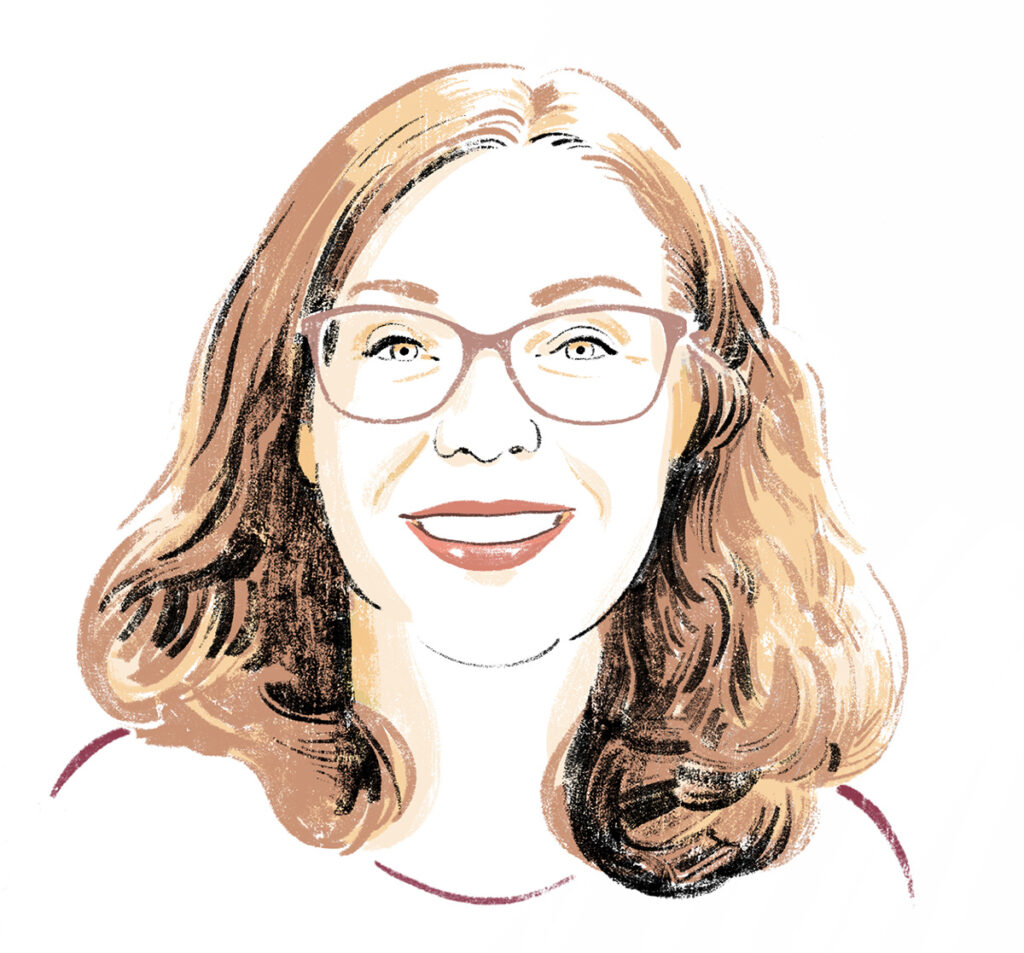 The women connected during Tedesco’s first semester as a transfer student at FDU. O’Neil invited her to become part of FDU’s Design Derby team. The Derby is a state-wide contest between community colleges and four-year universities. “The teams have to design something in three hours,” says O’Neil, “and they don’t know what it is beforehand. Plus, they have to do it by hand — no computers!” With Tedesco on board, the team won two years in a row.

The duo really clicked, so Tedesco asked O’Neil to be her adviser.

“If you have talent and work hard, like Katie, you’re really a winner,” says O’Neil.

They still communicate often on social media. “We always catch up on what we’ve been doing career-wise, but also on how we’re doing personally,” Tedesco says. 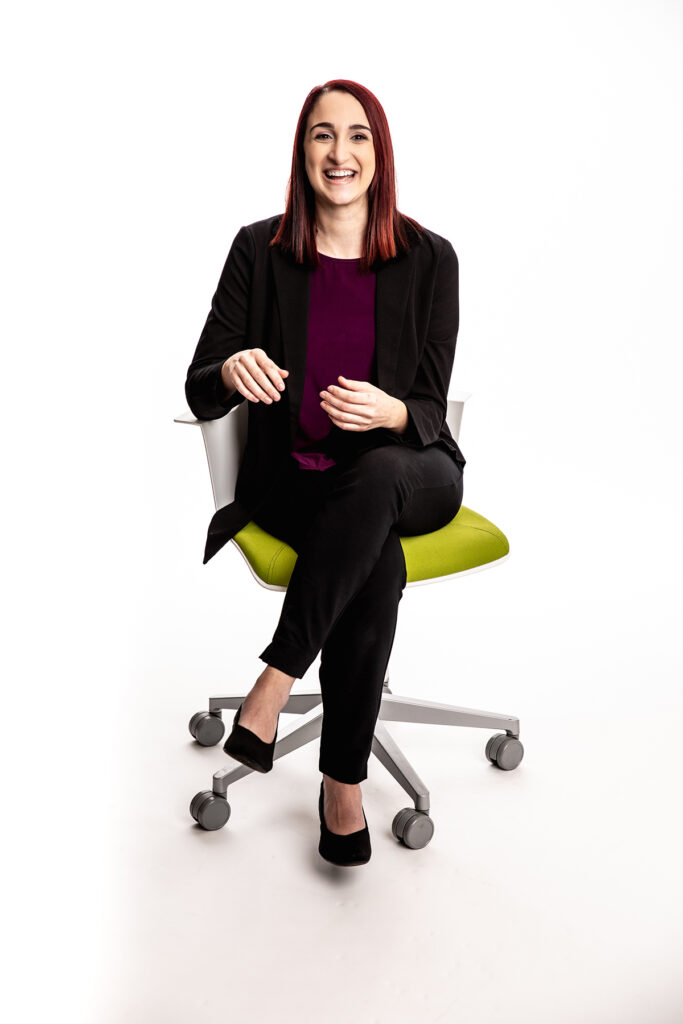 Katie Tedesco: How did you figure out what you wanted to do with your life, in terms of your career?

I worked for my husband, a lawyer, as a legal secretary, and I really didn’t like it. So I told him that I was going back to school. I was about 38 at the time.

I went to Sussex County Community College and chose art, because I had painted my whole life, even though I didn’t have any formal training. I took a bunch of art classes at Sussex, built up a portfolio and applied to a master’s program at William Paterson University. They accepted me.

K.T.: Okay, what are some hard choices that you made to get to where you are today?

J.O.: I think it was difficult to go back to school for my M.F.A. and my M.A. They were probably only a couple years apart, but as a wife and mother … I recommend to as many people as I can to try to get it done before they have a family. It’s very difficult — very, very difficult.

K.T.: What’s your biggest fear career-wise, and how have you overcome it?

J.O.: I feel for my students, and I think — when I see them kind of flounder — my biggest fear is that they will not pull themselves up and go forward. That bothers me. But my biggest fear for myself is I won’t have enough time for anything.

K.T.: Can you recommend a book or resource for dealing with a difficult conversation?

J.O.: Norman Vincent Peale’s The Power of Positive Thinking. That book just changed my whole life when I was in high school. My father and mother gave it to me. I became a very positive-thinking person, so that’s what I recommend.

K.T.: What practices do you recommend for dealing with nervousness related to speaking in front of a group?

J.O.: There are a lot of techniques, probably the biggest one for me is almost a mindfulness meditation and breathing. Before I’m going to speak to someone, I just kind of go off by myself and I breathe in peace, then exhale calm. It helps me tremendously. I do pray, too, and that calms me because I feel like someone else is listening to my problems. The other thing is (you’re going to laugh!) I take a jump rope and I jump 100 times. And then I’m exhausted and I’m totally relaxed.

K.T.: What do you do when you’re feeling creatively blocked?

Another thing is to try a challenge. For one year, I did a painting or drawing a day for 365 days. Some days I just did a sketch, but I posted every single one. That changed my style and really gave me a work ethic.

K.T.: What’s your advice to someone who feels like they aren’t talented enough to pursue a career in art? I’m pretty sure every single one of your students has asked you this …

J.O.: I don’t know why they feel so unsure of their work and of their abilities. But what I notice when I’m teaching a beginner class — especially web design because that’s hard software — is that everybody feels like they should know it in two or three sessions. That’s impossible! It takes months to learn these programs. I tell people to be patient with themselves, and to try to have fun along the way. I don’t have expectations that they’re going to know this immediately; software is a big challenge.

Another challenge is a sense of color; I try to do a lesson on color in every class that I teach. I tell them that if they can learn to put colors together or learn to, especially in Photoshop and Illustrator, work with the hue, saturation and brightness, then they will have something that is foundational.

K.T.: We’ve made it to the fun questions. If you could curate a museum gallery, what would you put in it?

J.O.: I happen to love academic paintings, like those by John Singer Sargent. I also like pastoral images that are so finely painted that you know they’re not realism, but they’re getting close. I have one in my bedroom by Sir Frederic Leighton.

The other type of art that I would curate would be Russian iconography. I like the flatness of it. There’s no depth. And they’re all laden with gold. They’re very ornate, but there is something that affects my aesthetics, and so I really love them. Every time I take groups of students into the Metropolitan Museum of Art, I go straight to that section. They’re like, “Oh my gosh! There’s 1,000 Marys and Jesuses in here!” And I just say, “Try to notice the differences.”

K.T.: What was your first-ever job?

K.T.: What was the first job that you loved?

J.O.: Teaching fitness. I absolutely loved all 30 years of it. And then came teaching at the college.

K.T.: Thank you for believing in me and for noticing my talent. When I transferred to FDU, the graphic design department was much more advanced than where I’d been. Because of that, I started doubting myself. You taught me that — just like any other type of art — there is no one way to use the graphics programs and that, as long as I was happy with the results, I should be proud.