May 16, 2022 — Part-time student Katarina Tonks has dreamed of seeing her books on the shelf since she was a little girl. At 14 years old, she began writing “Death is my BFF” (DIMBFF) on Wattpad. Now, 12 years later, the book will be hitting shelves in Fall 2023 – with Wattpad Books as its publisher. DIMBFF is the first of three books in her series “The Death Chronicles” that will be published. 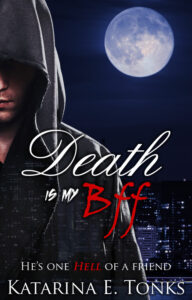 Cover for Death is my BFF, the first book in “The Death Chronicles” series.

Tonks said she is thrilled to be working with Wattpad, since that is where her love for writing began and where her character’s home has been. She has even won numerous awards on the website, including the 2014 Watty Award for Best of In-Progress novels.

According to the Wattpad synopsis, “The legendary Angel of Death has spared Faith Williams’ divine soul. However, this merciful act comes at a price. When she turns eighteen, her soul and everything that she is, will belong to him. The problem? Faith’s not going to hell without a fight. Death isn’t the only creature that has taken notice in her uniqueness. Demons, monsters, one vengeful demi-god, and a notorious playboy are all wreaking havoc on her life. Torn between two worlds, Faith must decide once and for all whom she can trust, and whom she can allow herself to love, before all of hell breaks loose. Even if it means striking another deal with Death.”

“I was a huge fan of angel and demon TV shows and movies, and I really wanted to create a likable, badass Angel of Death,” said Tonks. “As I’ve gotten older, I’ve realized my favorite kind of character are the morally-gray, villain-like love interests.”

Death is personified in Tonks’ book. She said he is a “morally gray, insatiably sarcastic character” and describes him as an antihero.

Tonks said that the version being published is “really a day and night difference” compared to older drafts available on Wattpad. She said there will be “tons of new scenes and exciting Death and Faith moments” that she’s excited for readers to see. 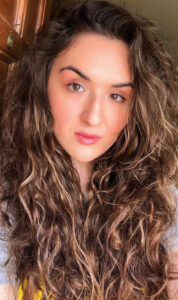 The online version has 22 million reads on Wattpad, and her account has nearly 400k followers. Tonks said that without her original readers, she wouldn’t have the opportunities she has today.

For her fellow writers, she has one piece of advice: “Don’t feel discouraged or insecure if you have people say “no” to your project. Because like pretty much every published author ever, I’ve had hundreds of “no’s” and all I needed was one resounding “YES!” to get my books published!”