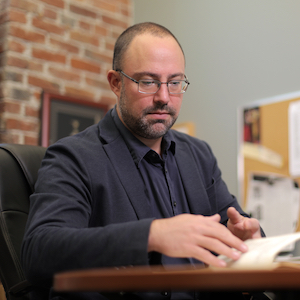 I joined FDU’s Vancouver Campus in 2008 and also teach online courses for students on all FDU campuses. I’ve been a Visiting Professor of English in the graduate program at Simon Fraser University and was an Assistant Professor (LT) and a Social Sciences and Humanities Research Council of Canada Postdoctoral Fellow in the Department of English at the University of Victoria before joining FDU. In Fall 2017, I was Visiting Professor at Université de Toulouse Jean Jaurès. I also pursue significant studies in Music, opera performance, and Digital Humanities. My monographs include Personal Modernisms: Anarchist Networks and the Later Avant-Gardes (Alberta, 2014) and A Modernist Fantasy: Anarchism, Modernism, and the Radical Fantastic (ELS Editions, 2018). I have also edited several collections, scholarly editions, and open education resources. These include critical editions of Lawrence Durrell’s first two novels (praised in the Times Literary Supplement); a collection of Durrell’s prose, From the Elephant’s Back; an open edition of the 1923 and 1924 textual state of Ernest Hemingway’s In Our Time; and an open edition of Oscar Wilde’s The Picture of Dorian Gray. I am the primary or sole author of more than fifty articles and book chapters in publications ranging from Modernism/modernity, English Studies in Canada, Textual Practice, Journal of Modern Literature, Canadian Literature, Mosaic, and The Canadian Review of Comparative Literature. I have regularly sat on prize committees, including the MLA Book Prize for Scholarly Editions, the Modernist Studies Association Book Prize, and the Robert K. Martin book prize of the Canadian Association of American Studies. I also publish poetry and creative non-fiction.