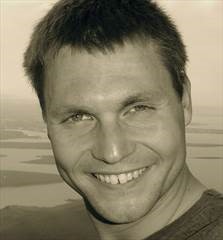 Matthieu Boyd is currently Chair of the Department of Literature, Writing, Language, and Philosophy on the Florham campus, specializing in the older literature of Britain, Ireland, and their neighbors. He has studied some 18 languages, half modern, half ancient or medieval. His degrees include A.M. and Ph.D., Celtic Languages and Literatures, Harvard University; Certificate in Teaching English to Speakers of Other Languages, Harvard University; Higher Diploma in Early Irish Language and Literature, University College Dublin; and Formation linguistique aux mtiersé bilingues français-breton, Stumdi (Landerneau, France)A.B., French, Princeton University (with certificates in Medieval Studies and Theater and a thesis in Creative Writing)

He is the general editor, with K. Sarah-Jane Murray, of a National Endowment for the Humanities-funded team translation of the Ovide moralisé (Moralized Ovid), an anonymous fourteenth-century French poem that tries to show – in no less than 72,000 lines! – how the Greco-Roman myths of Ovid’s Metamorphoses are secretly compatible with Christian truth. It’s a hugely influential piece of work that has never been translated into any modern language, until now.

Matthieu is also the general editor of the Celtic Publications Series at Fairleigh Dickinson University Press. If you are looking to place a book on a Celtic topic, I’d love to hear about it.