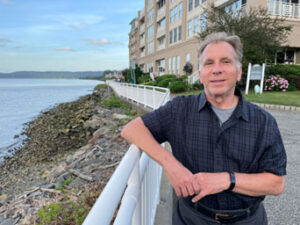 Favorite Son, the second feature from Libov stars Pablo Schreiber (American Gods, Orange is the New Black, The Wire) and Connor Paolo (Revenge, Gossip Girl, World Trade Center). The film is slated to enter new distribution with Passion River Films in September 2021. Libov has written and directed short films; Men Will Be Boys, with Joel Murray (The Artist, Second City, Mad Men), David Pasquesi (Veep, Groundhogs Day, Curb Your Enthusiasm) and Sally Murphy (The Good Wife, Scent of a Woman); Libov’s short film, Little Man starred Frankie Muniz (Malcom in the Middle) won “Best Dramatic Film” at the International Sports Short Film Festival, the “Silver Illumination” award at the Crested Butte ReelFest” and was selected for more than 25 film festivals overall. He is the director, and co-writer, of the feature film, Midnight Edition, with Will Patton (A Mighty Heart, Remember the Titans) which won Best First Feature at the Festival of Fantastic Film in Spain. Libov is also the director of the award-winning documentary films, Aglow and Fourteen Stations in the ‘Under the Radar’ series about contemporary artists. Libov is the Director of Film Production in the B.A. program at Fairleigh Dickinson University’s Florham NJ campus, and the Director of the new MFA/Film program at the university, where he serves as Chair of the School of the Arts. He is an alum of the Director’s program at The American Film Institute, and New York University’s Tisch School of the Arts. 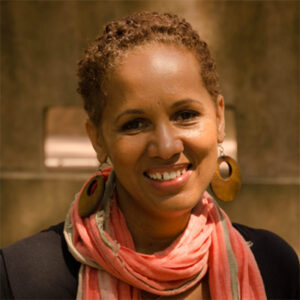 From Dillard University in the Big Easy to Tisch School of the Arts in the Big Apple, I honed and crafted my passion to write, produce and direct films that speak to matters of the heart, human insecurities, and bring light to treasured sub-cultures. My world in film has moved between narrative and documentary. On a few projects I’ve blended the two genres structurally and visually. Some of my works include: MIRAR MIRROR, GIRL TALK, SURRENDER (part of the anthology 6 THINGS I NEVER TOLD YOU and DRESSED LIKE KINGS.

Recently I finished a consultancy with the Ford Foundations JustFilms. I recently wrapped on Firelight Films new film TELL THEM WE ARE RISING: THE STORY OF BLACK COLLEGES AND UNIVERSITIES (Sundance 2017) as Producer. The doc is scheduled to broadcast on PBS.

Independent Lens in 2018. Through these projects, I have worked to breathe life into history for new and diverse audiences, to preserve it for future generations, and to demonstrate its relevance for our present and our future.

My skills in pre-production, visual storytelling, archival research, interviewing subjects, managing people and budgets, negotiating contracts, and remaining calm under pressure have made me a critical asset in all of the projects I have committed to. I also have spent six years teaching a new generation of filmmakers as an adjunct professor at The City College of New York, where I work to develop students’ unique talents. I ultimately hope that like me, they will find their voice and their passion through film. 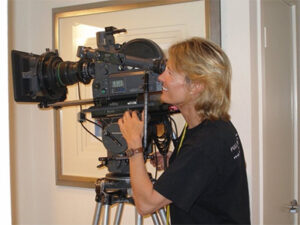 Jacqueline Frost has been a cinematographer for over twenty-five years, shooting independent features, documentaries, and award-winning short films that have screened in film festivals both domestically and internationally. She is the author of the recently updated Cinematography for Directors. Frost photographed “The Whispering Cave” in Cuba in 2017, and the film premiered at the Jeu du Paume in Paris in October. It will screen at the El Museo del Barrio early in 2019. She is currently co-producer and cinematographer on a feature-length documentary Rebel By Nature: The Life and Art of Ana Mendieta. She is currently a Professor in the Department of Cinema and Television Arts at California State University, Fullerton where she teaches Motion Picture Production, Cinematography, Documentary Production, Experimental Production and Directing, and an Adjunct Professor of film at Fairleigh Dickinson University, in Madison, New Jersey. 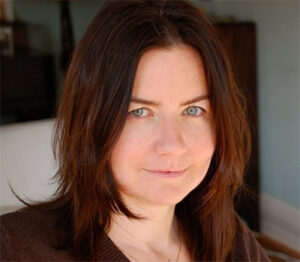 Sara has been working in post-production since 1989, after graduating from Ithaca College with a B.S. in Film Production. She is currently editing the feature film “Faraway Eyes”, which stars Christina Ricci, Andy Karl, and Michael Rispoli. She has edited the critically acclaimed thriller, “Imperium”, starring Daniel Radcliffe and Toni Collette. Her other films include the yet-to-be-released comedy “The True Don Quixote”, which stars Tim Blake Nelson and Jacob Batalon. She served as the Co-Editor on “Anesthesia” which Tim Blake Nelson wrote, directed, and starred in, along with Glenn Close, Kristen Stewart, Michael K. Williams, and Sam Waterston. “Gun Hill Road” and “Flannel Pajamas” were features chosen for the Dramatic Competition section in Sundance and were also edited by Sara. Prior to becoming an Editor, she was an Assistant Editor on six of Woody Allen’s films including “Sweet and Lowdown” and “Small Time Crooks”. She has also worked both in production and post on movies for Nora Ephron, Barbra Streisand, Sidney Lumet, Robert Benton, Brian DePalma, Ang Lee, among many others. 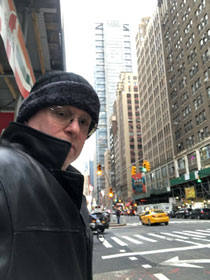 Bill Mesce, Jr. is an award-winning screenwriter, playwright, and author.  He is a two-time recipient of the NJ State Council on the Arts Individual Artist Award; winner of the annual America’s Best writing competition, winner of the American Theatre Cooperative Playwrighting Competition, a category winner in the Capital Fund Screenplay Competition and Edward Hoffer Awards, and a two-time Pushcart Prize nominee.  ROAD ENDS, the 1997 thriller on which he was screenwriter, was invited for screenings at the Mill Valley, Sacramento, San Jose, and Breckenridge film festivals. His film work includes uncredited work on Brian DePalma’s political thriller BLOW OUT and collaborations with 5-time-Emmy-winner Bill Persky and GOODFELLAS co-writer Nicholas Pileggi.  Book credits include the WW II novel THE ADVOCATE and two sequels, LEGACY, and FOUR DAYS TO TRINITY. His extensive writing about film and television includes THE RULES OF SCREENWRITING AND WHY YOU SHOULD BREAK THEM; INSIDE THE RISE OF HBO: A PERSONAL HISTORY OF THE COMPANY THAT CHANGED TELEVISION, and the upcoming THE WILD BUNCH:  THE AMERICAN CLASSIC THAT CHANGED WESTERNS FOREVER. 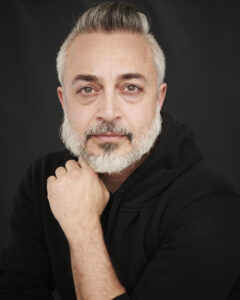 Harry has dual citizenship from the United States and Cyprus. After working professionally as a modern dancer and choreographer he went back to school and received his MFA in Film Directing from New York University.

Harry curated the inaugural LGBTQ Cyprus Film Festival and was a key organizer of the historic first-ever Pride Parade in Cyprus which attracted over 4,000 attendees.

He is currently in post-production for his second feature-length film “Yankee Restraint”; a character-driven piece that examines the intricacies of a gay relationship spanning decades and tackles issues of love and resentment, and he is producing “KYPRI”, an experimental landscape documentary filmed on the divided island of Cyprus. He is teaching directing at the MFA Film Program at Fairleigh Dickinson University.

is the Producer of major films such as The Joker, starring Joaquin Phoenix, and Martin Scorsese’s The Irishman. He also produced The Wolf of Wall Street, five Spiderman movies, Across the Universe, Donnie Brasco, Working Girl, and Big.

Arthur Vincie’s most recent work as a writer and director is the award-winning fiction webseries “Three Trembling Cities,” an intimate portrait of the inner lives and daily struggles of NYC immigrants. The show has screened at over 30 festivals and events across the world and picked up several awards. Vincie is also the author of a book about production, “Preparing for Take-Off”.

is currently an agent working in the area of animation at ICM, New York. Previously, she ran Jen Rudin casting, working in both New York and Los Angeles. Jen is the author of the book, “Confessions of a Casting Director”.

is a producer on the NBC’s, “Brooklyn 99”, starring Andy Samberg. Mr. Prince has worked in film and television production for more than 30 years, having worked on projects ranging from the feature film “Saw” to the long-running television show, “CSI”.

Guest Speakers from the Film Industry

Through our faculty’s professional Industry contacts, FDU Film students have learned a great deal about the real world of film and video. From special presentations and visiting classes to holding seminars, these working experts in their field have added to our student’s education and understanding of the industry. Recent guest speakers have included: 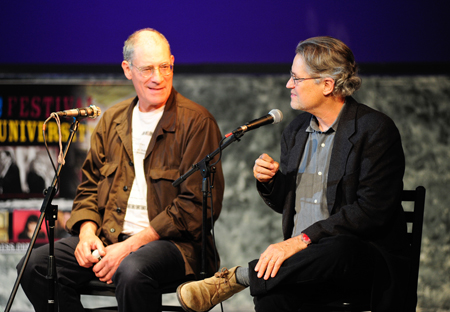 Professionals join us to conduct workshops during periods in-residence. Examples include: