Isabella Krysa is an Assistant Professor of Management and joined the FDU Vancouver campus in August 2016. She earned her Ph.D. at Saint Mary’s University in Halifax, Nova Scotia. Her research interests are in organizational history, cross-cultural comparisons of leadership effectiveness, and organizational diversity. In her research on diversity in the workplace, Prof. Krysa focuses on identifying systemic barriers of minority populations in the workplace and finding solutions to create inclusive organizations.

Living in a diverse society is both a passion for research and in life for Prof. Krysa. Born in Poland and raised in Germany, living in different cultures and meeting people from different places has made Prof. Krysa particularly interested in traveling and exploring other cultures and ways of living. Conducting her Ph.D. on the issue of diversity in a multicultural place like Canada has allowed Prof. Krysa to create a career where she can pursue her passions.

Prof. Krysa has taught students in Canada, Vietnam, and China. She is particularly passionate about teaching courses that help students become global citizens. She aspires to help students realize how wonderful it is that we now have access to connect with people all over the world.

Lu Wang, Assistant Professor of Finance and Economics, joined FDU, Vancouver in September 2017. She received her Ph.D. in Economics at the University of Alberta. Her teaching fields include both Finance and Economics. Professor Lu Wang’s Ph.D. dissertation is on the topic of banks’ risk assessment and allocation. Her research interests include financial intermediation, monetary and macroeconomic policy, international trade, and political economy.

Before joining FDU, Professor Lu Wang worked as a Post-Doctoral Fellow at the China Institute, University of Alberta. She was one of the major contributors in the project of assessing the role of Chinese state-owned companies in a potential Canada-China free trade agreement. Professor Lu Wang also initialized a project in studying Fintech development and regulation in China.

In addition, Professor Lu Wang has practical experience in the financial industry. She was an associate at the Alberta Investment Management Corporation (AIMCo) and a loan manager at the Bank of China. 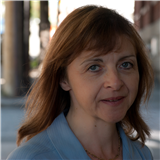 Jill Reid, Senior Lecturer, joined Fairleigh Dickinson University – Vancouver Campus as a full-time faculty member (Department of Marketing and Entrepreneurship) in August 2012. Born in the UK, Jill received her Bachelor’s (Honours) degree in German & Sociology from the University of Salford, England, and an MBA from Aston University, England and a Ph.D from the Sprott School of Business at Carleton University, Ottawa, Ontario. During her time in Ottawa, Jill taught courses in International Marketing, International Buyer Behaviour, and International Business; regularly reviewed papers for academic journals and conferences; served as an elected VP for the Sprott PhD Association; and continues to work with former colleagues on academic papers for publication. Jill also served as a volunteer reading tutor at a local primary school in Ottawa, with the aim of encouraging a passion for reading and learning among Grade 1 & 2 students.

A seasoned marketer, Jill brings to FDU-Vancouver many years of international business experience working in over 30 countries and representing major multi-national companies such as Gillette, Bayer, Oral-B, Newell Rubbermaid, etc. During her corporate career, Jill held senior marketing management positions such as European Marketing Director for Home Fashion in Paris, Group Business Manager for Oral-B in London and Gillette Marketing Manager Eastern Europe in Warsaw, providing innumerable practitioner anecdotes with which to supplement course materials, and which has proved very popular with her students.

Jill also has a passion for arts & culture, and can often be seen at international film festivals. In addition, Jill is an avid sports fan — especially following soccer, rugby, tennis, and baseball. Jill speaks English and German, and has a working knowledge of French. 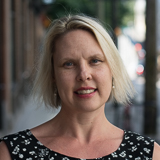 Before relocating to Vancouver, Izelde worked as an Associate Professor in banking law at the University of South Africa where she completed a Doctorate in International Banking and Business Law. In her LLD dissertation, Dr. van Jaarsveld investigated the potential liability of a bank that fails to identity proceeds of crime. Her doctoral research enabled her to conduct comparative research at, amongst others, the Centre for Advanced Legal Studies in London (England), University of Columbia (New York), Southern Methodist University in Dallas (Texas) and the University of Western Ontario (London, Ontario).

Before joining FDU, Izelde worked in the Treasury and Payment Services division of the Bank of Montreal and as a money laundering control analyst for an American fintech company.

In her spare time, Izelde enjoys skiing, hiking, and kayaking with her labradoodle, Seagan. She also supports a variety of animal welfare causes including PETA.