James also holds an MA in Humanities from California State University, a BA in English and a Post-Baccalaureate Diploma in Humanities from Simon Fraser University, as well as a Diploma of Music from Kwantlen Polytechnic University. He completed advanced studies in opera performance at the Victoria Conservatory and the University of Alberta, and he studied early music at the University of British Columbia. He is co-director of the Modernist Version Project, which is supported by a $200,000 SSHRC Partnership Development Grant (2012-2015) and over $2 million in-kind support.

In addition to traditional university courses, he has taught in outreach programs for senior citizens, the military, and northern students. He previously taught English, Music, and Communications & Cultural Studies at several Canadian universities and colleges. James speaks English, some French, basic Swedish and Greek, and reads German.

Maria (Mya) McKay, Full-time Lecturer, was born and raised in Vancouver. Mya has a BA in English Language and an MA in Language and Literacy Education, both from the University of British Columbia. Mya sees herself as a “learning teacher,” seeking to improve her skills as an educator and writing instructor to effectively guide students in the rigorous academic programs at FDU, which have expectations of academic thinking and writing and APA. Because she values negotiated learning, she encourages students to develop their own voice and be creative as they strengthen English skills and gain confidence through the pre-masters programs.

Because of varied experiences in international education, Mya appreciates the diversity of students at FDU. Prior to joining FDU in 2007, she worked at a private Liberal Arts college, contributing individually and in team as an instructor, curriculum writer, program developer, and administrator. She set up a language-support program for Japanese students to study at Herstmonceux in England and participated in several international field experiences in Mexico.

Mya also has experience as a freelance writer, editor, and educational consultant. She has been involved in training teachers of English Language Learners and in writing and editing curriculum, English Language standards (K-12), and assessment documents for several island nations and entities in the South Pacific

Mya is active in her local community and enjoys home and family. She has a passion for words and ideas, enjoys writing of all kinds, particularly poetry, and is concerned about social justice. Mya has studied German, French, Spanish, and Old English and is currently working on Icelandic.

A Fulbright and National Science Foundation scholar, Louisa lived in Japan for four years, first as an undergraduate and then as a graduate student conducting fieldwork for her doctoral dissertation on women in the Japanese workplace. A corollary interest during her time in Japan was the gendered symbolism of traditional Shinto rituals. Louisa’s current academic interests include gender, women’s issues, history, race/ethnicity, and pop culture.

In addition to teaching, Louisa studied creative writing in The Writing and Publishing Program at Simon Fraser University and writes young adult novels (unpublished). You can visit her online at www.louisacameron.com. 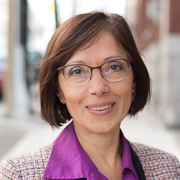 Nela is a Lecturer, teaching Academic Writing Skills for graduate students. She has been teaching ESL, EFL, ESP, test preparation courses, and Academic English since 1988. Prior to coming to FDU, Nela taught Preparation in Academic Skills in English at SFU. She has a BA in English Language and Literature from the University of Novi Sad, Serbia, an MA in philology from the University of Belgrade, Serbia, and a PhD in Linguistics from the University of Novi Sad, Serbia. Nela has an Advanced TOEFL teaching certificate and is also a Canadian Language Benchmarks assessor. She earned her TESL diploma at VCC. Besides teaching, she has participated in a few curriculum development projects.

When she is not teaching, Nela works as a free-lance translator. She loves, among other things, learning foreign languages, traveling, hiking, skiing, dancing, reading, and most of all, spending time with her family and friends.

Gudrun Dreher joined FDU in August 2008 as an Adjunct Professor for English. She completed her Ph.D. in English at the University of British Columbia in 2003 with a dissertation on Skaay of the Qquuna Qiighawaay, one of the classical myth-tellers from Haida Gwaii (the Queen Charlotte Islands, a group of Islands West of Prince Rupert, BC). During her first research trip to Haida Gwaii, Gudrun fell in love with the place where Skaay’s stories were born and lived there for almost 7 years. She got adopted into the Skedans Raven Clan by Haida Elder Mabel Williams, who introduced her to the major Haida dances, songs, and ceremonies. Gudrun also studied some of the basics of Haida art, in particular carving, with Haida Master Carver Norman Price, who also shared many of his Haida stories with her.

In addition to First Nations Literature and Culture, Gudrun’s areas of research include Multicultural Literature, Canadian Literature, British Literature, American Literature, Poetry, Short Fiction, Drama, as well as English Language and Style. Gudrun received her MA in Germany with a thesis on George Eliot but has taught not only English literature but also linguistics and ESL.

At the moment, Gudrun is particularly interested in Poetry – in particular in the connection between Poetry and Music, Poetry and the Visual Arts, and Poetry and Dance – as well as in World Literature and Philosophy, Multicultural Identity, Intercultural Sharing and Understanding, and Forms of Creativity. She has integrated creative approaches not only into her own work (for example, her dissertation) but also into her teaching, and collaborated with her FDU students on several plays (“The Big Banana Play,” “In the Pink Kingdom,” and “Spice to Life”) and other projects, most recently “One World, One Piece, One Future – the first FDU Peace Festival” (December 2010). Gudrun’s next projects include a collection of her own poetry (In Honor of the Raven) and the edition of the first FDU Anthology of Poetry, Short Fiction, and Nonfictional Prose.

Gudrun also holds a Yoga Teaching Certificate, a Relaxation Therapist Diploma, as well as a 1st and 2nd Degree in Reiki. She is a dedicated student of Aikido (at Vancouver West Aikikai), loves writing (in particular poems, short stories, and music), and has taught Yoga, Karate, Ballet, Creative Movement, Fitness, Relaxation, Recorder, and Violin. She is very interested in Music, Dance, Martial Arts, as well as in Meditation and Asian Culture and Philosophy in general. She has two big and bratty but very charming dogs, named Chance (a Husky-x) and Gagiit (a Rottie-x), and a third dog, Wasghu (a Lab-x), who now lives in Terrace.

In addition to English, Gudrun is fluent in German. 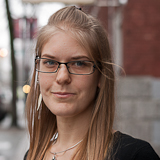 Leila Ertolahti, Adjunct Faculty, has an MSc in Quaternary Geology from Simon Fraser University and Hons. BSc in Geophysics from the University of Western Ontario. She has studied in both Canada and Finland. She also has a Certificate in University Teaching and Learning from SFU.

Before moving to Vancouver, Leila spent four and a half years working as a field manager and Aerial Exploration geophysicist. She has traveled and worked in over 30 countries studying resources, natural hazards, paleoclimate, and anthropogenic delta subsidence, among others.

As a teacher, she focuses her classroom around evidence-based learning, critical thinking, ethics, and social inclusiveness. Along with teaching Leila currently works in the industry in Vancouver where she has the opportunity to collaborate with teams from the City of Vancouver to revise deconstruction and demolition policy to help Vancouver achieve its Green Mandate.

Leila is an experienced dancer and spends most of her free time dancing, rock climbing, sailing, and building. Leila is fluent in English and also speaks Finnish. 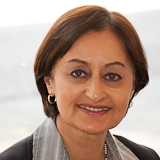 Amiena Mohammed, Lecturer, teaches Academic Writing for graduate students at FDU. She joined FDU-Vancouver in the Fall of 2013. She was born and raised in Cape Town, South Africa.

She is a dedicated educator and passionate about Holistic Nutrition and is always willing to utilize her skills gained from her qualifications and experience in the field of Nutrition, Food, and Research for the benefit of the community and the improvement of nutritional health and wellness.

Amiena loves music, dancing, swimming, and writing. She is fluent in English and Afrikaans.

His Ph.D. dissertation and research activity at Simon Fraser University focusing on Second cultural models and language learning through the mediation of technology and CALL (Computer-assisted Language Learning). Concentrating on certain areas of Linguistics including Cognitive Linguistics, CALL (Computer-assisted language learning), Applied Linguistics, and Material Development for ESL, he has been particularly considerate in the application of his theoretical knowledge in real practice of the job. He earned his Associate Degree in Medical Science, 1994 and a Bachelor’s Degree in English, 1998 from Isfahan University; he completed his Master’s Degree in the area of Second Language Acquisition, 2000 in Isfahan, Iran.

Acting as a university lecturer/researcher for over 14 years has motivated him to develop higher skills in education, research and practice. Since 2011 he has taught Language and Translation courses and acted as the course chair of Persian language at Language Training Institute, Simon Fraser University. He has taught Linguistics and TESL courses in universities and colleges both in North America and the Middle East. Also, he has conducted and taught Writing Workshops at SIAT, SFU. He has supervised online programs for second language learning internationally.

He joined the FDU Vancouver campus in 2014, and he has been working with the English Language team since then. He has also acted as the co-adviser of Special Projects in Hospitality Management studies, FDU.