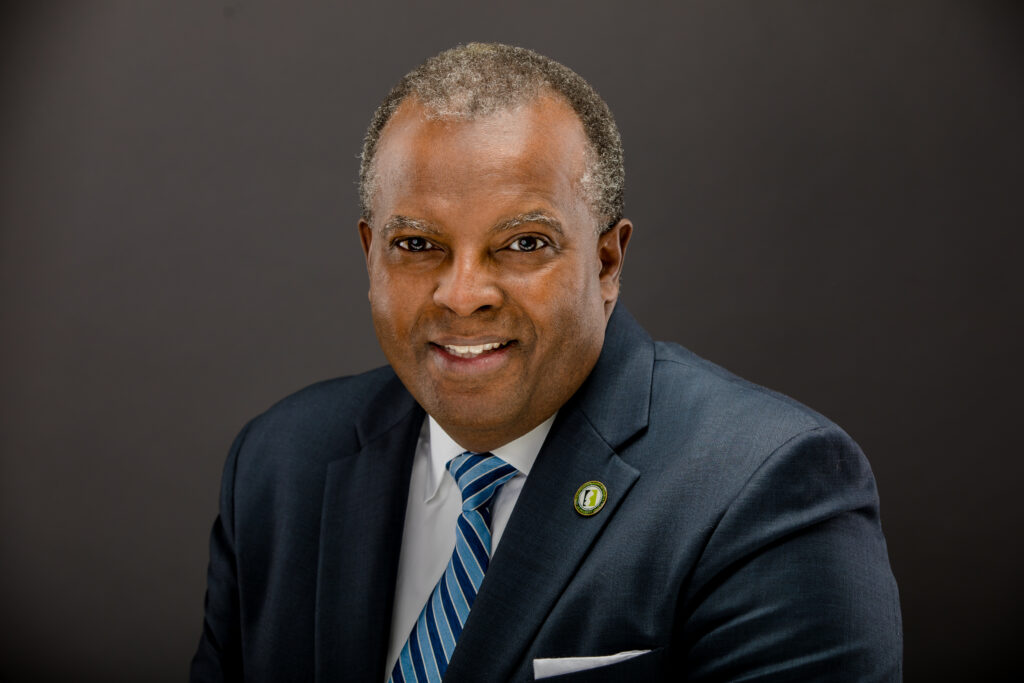 John E. Harmon, Sr., IOM, has served as the founder, president, and CEO of the African American Chamber of Commerce of New Jersey since 2007 and has played an inspiring and influential role in advocating for the needs of African American residents and businesses and ensuring that governmental policies are equitable and that those who are deserving have access to meaningful opportunities in the marketplace.

John received his bachelor’s degree in business management from FDU in 1983. He excelled in the banking industry and founded a transportation company before embarking on his career as a chamber executive.

At Commencement on May 18 at MetLife Stadium, he will be conferred the degree of Doctor of Humane Letters and hooded with the doctoral degree in Fairleigh Dickinson’s burgundy and blue colors.