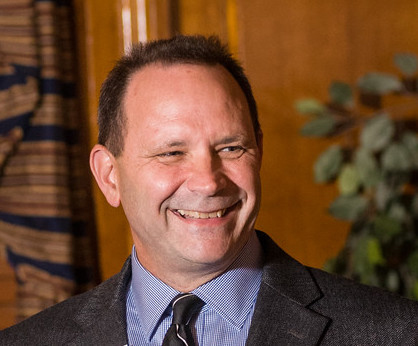 Peter is currently investigating public awareness of and attitudes toward de facto school segregation in New Jersey and elsewhere. He and his research team have demonstrated the gap between people’s perceptions of diversity in their local schools and towns and the realities. The teams are now working to produce an index of diversity, equity, and inclusion in municipalities.

Peter currently serves as director of the University’s new School of Public and Global Affairs with programs in the US, Canada, and the U.K.  He founded the FDU Poll in 2001, nurturing it from an obscure upstart to a nationally cited source of public opinion on campaigns and elections as well as a variety of national issues such as automobile safety, eminent domain, gambling, the impact of a candidate’s gender on voters, and even the impact on New Jersey by the TV shows, The Sopranos and Jersey Shore. His research in public opinion and his political commentary have been cited in news outlets from the Sydney Morning Herald to the Washington Post and the Trenton Times, from NJN to CNN, and in newspapers from Alaska’s Ketchikan Daily News to the Miami Herald.

He studied at the Sorbonne and at the University of Bordeaux and later in Japan as a member of a Fulbright/Hays Group Project.   He was an Advanced Research Scholar at the US Naval War College and won the Edward Miller History Prize for the best article in The Naval War College Review. He authored two books on U.S.-Japan defense relations, Japan’s Navy: Politics and Paradox and Geography and Japan’s Strategic Choices, was co-editor of American Politics: Core Argument/Current Controversy (Prentice-Hall), and is a contributor to such periodicals as The Polling Report, Survey Practice, Fordham Law Review Res Gestae, Strategic Review, The Naval War College Review, The Journal of Conflict Studies, The Journal of East and West Studies, Asian Survey, The Common Review and his personal favorite, The Journal of Irreproducible Results.

He is a Fellow of the American Council on Education and a student of the competition between public and private universities, as well as the effects, both felicitous and infelicitous, of government intervention in education markets.