On Monday, February 16, 2015, FDU Vancouver, MAS Alumnus, Foad Davini came to campus to share a presentation of his career journey since obtaining his MAS-Global Technology degree in May 2014. Foad was keen on sharing his experiences after graduation as he too, shared similar challenges as other FDU-Vancouver students, being a Canadian international student with minimal local work experience and a small professional network. Though Foad had over ten years of experience in technology project management and support, he found it challenging to find a job in a similar capacity immediately after graduation because companies were unsure of the quality of his overseas experience. He needed to find some way to connect with his field and prove his capabilities.

Foad soon realized that the best way to get into his field was to directly connect with companies he was interested in and find opportunities to volunteer in positions related to technology implantation and management. He found an opportunity with the Vancouver Winter Olympics organization in 2010, volunteering with a support team to assist with technical support of various electronic devices and computers during the sporting event.  He soon showed his worth and was promoted to Team Lead, and coordinated technical support needs across the Olympics venues. This experience proved invaluable as Foad was able to secure subsequent IT support and management roles of progressing responsibility over the next few years, working with companies such as BC Hydro, Accenture, Best Buy, and other sporting events such as the Special Olympics 2014 and the BC Summer Games.

Foad also credited his success on obtaining his MAS degree from Fairleigh Dickinson University. He took advantage of the resources on campus by asking professors for guidance when needed, and engaging with student and career services activities to enhance his career planning after graduation. During job interviews, hiring managers enquired of his Master of Administrative Sciences Degree. Employers were impressed with the combination of skills that he learned from his MAS Global Technology Administration degree that encompassed Business Administration, Finance Administration, Organizational Leadership, Strategic Planning, and Information Technology Implementation.

In parting, Foad gave the following advice for FDU students:

Students can now apply for the FDU Vancouver Alumni Chapter Fall scholarship by completing the attached application form and submit it to Ruvimbo Mavhunga at the Enrollment Services office. The deadline for application is noon, on the last Friday in January.

To be eligible, students must have a minimum GPA of 3.0 and

A student may only receive a scholarship once during their academic program.

Students will be evaluated on

This scholarship is made possible through the contributions of FDU alumni, faculty, staff, students and friends. At each commencement ceremony, our graduating students contribute to this fund as a gift to future students. We thank all those who have contributed this past year. Be sure to join the chapter Facebook page. 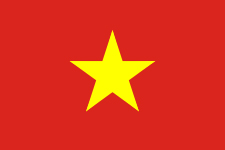 The Embassy and Consulate General of Canada in Vietnam are building a Canadian Alumni Network that brings together Vietnamese from all walks of life who have one important link: a Canadian education. They are hoping that Vietnamese alumni from BC institutions will join this network to help strengthen the important people-to-people links between Canada and Vietnam and encourage others to choose Canada as their study destination. The Canadian Alumni Network in Vietnam will held its inaugural events in March 2016, in Hanoi and Ho Chi Minh City. Details will be forthcoming. If you are interested in participating in this exciting network, let them know by sending an email message to HOCHI.Alumni@international.gc.ca. 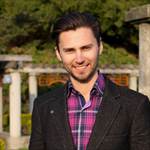 Klimentiy Kenzikeyev came to Vancouver in September of 2013. He is from Kazakhstan from the city Karaganda, which is located on the same latitude as Vancouver but on the other side of the globe. He graduated in spring 2015 with a Master’s degree in Global Health and Human services administration.

The Vancouver Campus appealed to Klimentiy for many reasons such as the opportunity to obtain a master’s degree in a related area of expertise (his first degree is in dentistry), the central location of the campus, a vibrant city and mild climate. His best memories of FDU-Vancouver will always be related to his friends from around the world, which showed him that friendship has no boundaries, languages, and nationalities. He will cherish all the events and activities experienced during his two-year program both inside the campus and outside spent with his friends.

The biggest challenge for Klimentiy was to overcome a language barrier and find a balance among studies, work, sport, and hobby. The biggest victory and the main reward were to be privileged to deliver a speech on the Pre-Commencement Dinner in front of more than 300 people. This milestone has shown him that hard work such as constant self-education, development of public speaking skills, and campus involvement is rewarding and definitely pays back. His campus involvement was related to leadership during orientation weeks for new students and active participation in the Toastmasters club. Klimentiy is proud to be a part of FDU-Vancouver and will make all possible that FDU-Vancouver will be proud of him for many years to come. 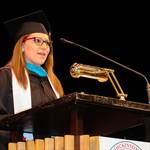 Sylvana Marsicovetere is a Guatemalan Clinical Psychologist who graduated from Rafael Landivar University in Guatemala. Her areas of expertise include treating victims of violence, rehabilitation of male aggressors, self-esteem development, anxiety, depression, post-traumatic stress, and obsessive-compulsive disorder, along with research and development for social marketing campaigns for the prevention of sexually transmitted diseases.

Also, while in her home country she was engaged in promoting mental health through informational talks and workshops about anxiety and resilience of people with chronic diseases. She also has a diploma from the Autochthon University of Barcelona in Actualizations of STDs and she has just acquired her degree as Master of Administrative Science specialized in Global Health and Human Services from Fairleigh Dickinson University.

She chose FDU for the humanitarian values that the institution promotes. She was drawn by the program’s unification of administrative subjects with global health and human services, focused on the public and non-profit sector. She chose the Vancouver campus because of the beautiful city. Moreover, the opportunity for enriching her knowledge by learning from the Canadian culture and work environment was a plus. One of the most challenging moments for Sylvana was balancing work with studying, although she was able to maintain a GPA above 3.7. She was always open to help her fellow students improve their performance and to speak on their behalf whenever they needed her to. Her most gratifying moment, aside from completing the MAS program, was to be honored with giving the speech at the commencement ceremony. Now Sylvana is looking to become part of an organization that provides aid to women and fights against violence towards women in Vancouver.

Ximena came from a small town in Mexico called Atlacomulco. She studied a Bachelor of Science in Business Administration with a major in International Business. She chose FDU Vancouver because of its focus on becoming a global citizen, which is precisely what she aims to become one day.

FDU Vancouver was full of great experiences for Ximena but if she had to point out her best memories she would like to share three: first, being President of the Student Government Association and all that comes with it. Particularly getting to work with such a great team as the one she had while being part of SGA 2014. Second, going abroad to the FDU Campus in Wroxton UK, an incredible and life changing experience and lastly being a member of FDU Thinkers. A club at that offers an excellent outlet for students to discuss and debate current events, philosophical questions and even performing on a theatrical debate.

Ximena reflects that her biggest challenge so far would be leaving her home country and adapting to a completely different place. She is grateful she met amazing friends, peers and professors that helped her through her journey.