Katie Tedesco is a design entrepreneur.  On January 30th, 2016, she attended an Arthritis Foundation event hosted by Andrea Boehlke, a recurring player on the television show Survivor (Survivor: Redemption Island and Survivor: Caramoan), along with Andrea’s best friend, Meg Maley, from the most recent season of the show Big Brother, and other cast members of Survivor.

Katie decided to create a special graphic for each attending cast member to sign when she met them.  She came up with the idea to make trading cards with minimalist graphics on the front and the players’ game statistics on the back (seasons, placements, immunity wins, etc). She came up with 12 different designs for her favorite players attending the event.

She printed two of each design, so she could give each contestant one to keep. The Survivors were very excited when she handed them the cards and began to post pictures of them on social media.  The Survivors tagged Katie in their posts, to let everyone know she was the creator of the cards By the time she woke up the next morning, her social media had blown up with fans from all over the world, asking how they could purchase her cards.  Katie is in the process of developing cards for the market.  She always supported her survivor idols in everything they did but never thought they would be supporting her as well. 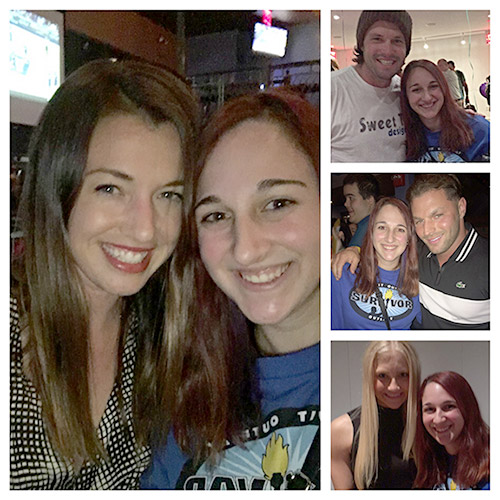