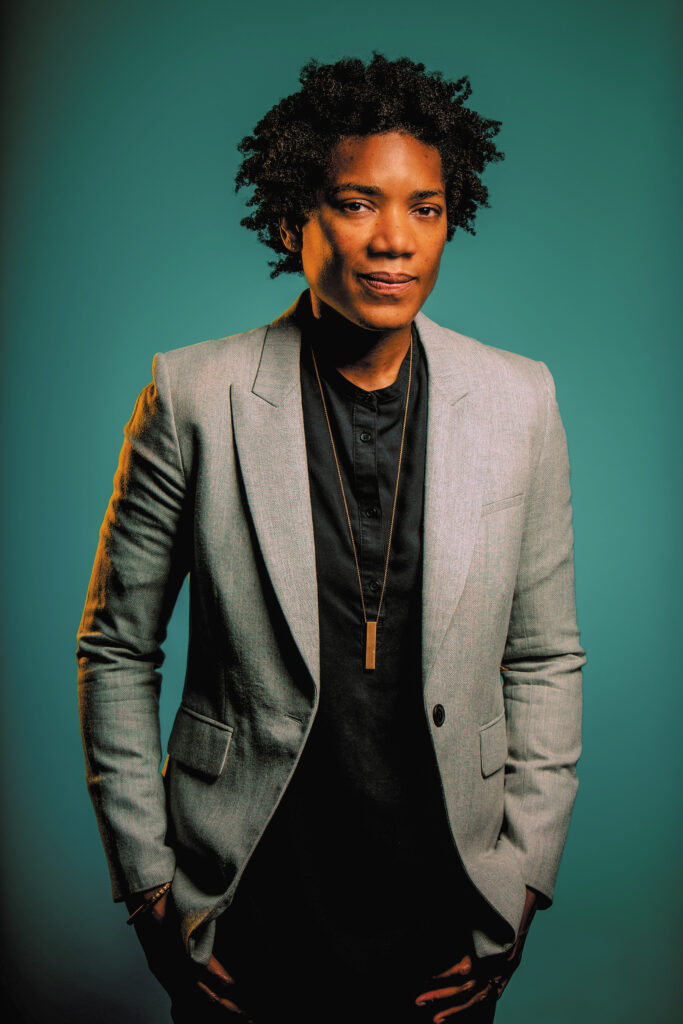 Here and there, she found coaches and administrators who wanted to reach out to LGBTQ athletes, to start discussions about race or to talk about mental health impacts — but largely, people panicked about having real conversations.

“They feared saying or doing the wrong thing, and as a result didn’t say anything. Silence is experienced as rejection.”

At first, she pushed back against the system by just trying to get people to share their social and cultural experiences in athletics.

“A lot of racism is systemic and woven into sports culture in ways that we don’t understand unless we are intentionally looking for it and uncovering it,” Caple says.

Next, she focused on increasing support for LGBTQ athletes — something personal for Caple, who took pride in her identity as a student athlete, a Black woman and a Christian in college, but who struggled with reconciling her sexuality — and that’s when her work gained momentum.

To expand conversations on the intersections of identity, Caple launched Return on Inclusion (ROI), an online, sports-specific platform that centers diversity, inclusion and belonging.

“Diversity is about representation, inviting in people of different backgrounds, and also recognizing who’s missing. We need to look at barriers that prevent representation in the first place. Inclusion is about impact and how well we care for people and listen to their stories. Not every diverse community is inclusive,” Caple says. “We want to make sure we provide people with equitable opportunities for success. If we all take different paths to get through the front door, then we’re all going to need different levels of support.”

Ultimately, she says, “Diversity plus inclusion equals belonging. The whole idea is to create a culture of trust and psychological safety, where everyone feels as though they can bring more of themselves to the space.”

“Inclusive leaders actively learn the language of their student athletes. These leaders name student experiences as real and important as they take action to protect them. They speak up on social media; they protest in solidarity; they build bridges with law enforcement. They use their platforms as a catalyst for growth and challenge themselves and other leaders with hard questions. Leaders who are white, who are straight and who are cisgender [someone whose gender identity matches the one assigned to them at birth] need to wrestle with what it means to be straight or white or cisgender in a world that rewards those experiences,” Caple says.

Though the inclusive practices that Caple champions can and do apply more broadly in higher education, for now she is mainly focused on transforming college sports culture.

“We have so much influence outside of this space. I get really excited every time I think about the opportunities that the sports community has to change the world,” she says.