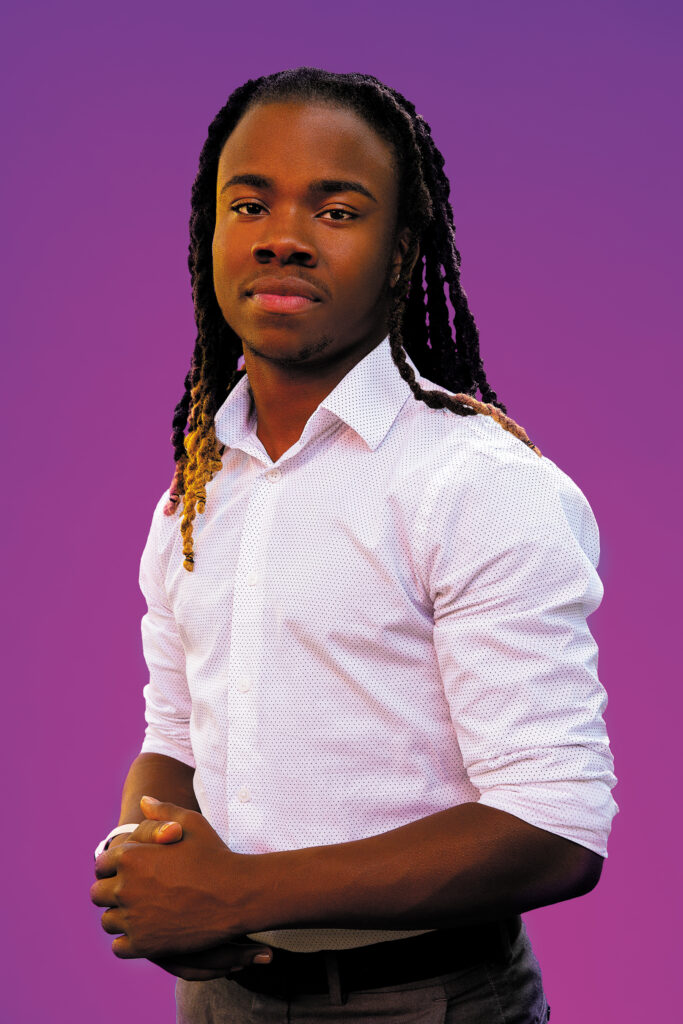 “You never really know someone’s true intentions. What if, to them, I’m just a token Black person? What if I’m just an exceptional Black person, a digestible Black person, to someone?” says Quadier Adams, a sophomore criminology major and founder of the Diverse Student Union at FDU’s Florham Campus. “Anyone can put on a front and be nice, but are they actually?”

To quell some of the “what-ifs,” Adams needed a safe space to relax, in a group anyone could join, to talk about anything and everything, a place to give and receive support and advice. So, he founded one on campus. At the start of his second semester, he grabbed a few friends to join the executive board, and they formed the Diverse Student Union.

“Right now, it’s mostly a social thing. We do these event nights on Zoom, where students can just talk about whatever is on their mind — whether it’s being a minority or what’s happening in their classes. We’re always laughing and having fun. Putting a smile on people’s faces is rewarding,” Adams says.

The group boasts about 30 members, and Adams is thinking big — he wants to collaborate with other student organizations and campus groups — and maybe even extend membership beyond FDU to students at other colleges.

“There’s still a really long way to go,” he says, in terms of racial equity and belonging in the United States. “This is real. We need to do better. This is a start.”

He’s also thrilled about having pledged Tau Kappa Epsilon (TKE) because his pledge class is pretty diverse. “There’s me, someone who’s Black and Puerto Rican, someone who is Puerto Rican, and two people who are white,” says Adams.

Both the Diverse Student Union and TKE fill Adams with a sense of belonging and have further validated his conviction that increased diversity and visibility enrich college life.

“College is what you make of it, so getting involved makes for the best college experience,” he says.