Poetry For a Better World 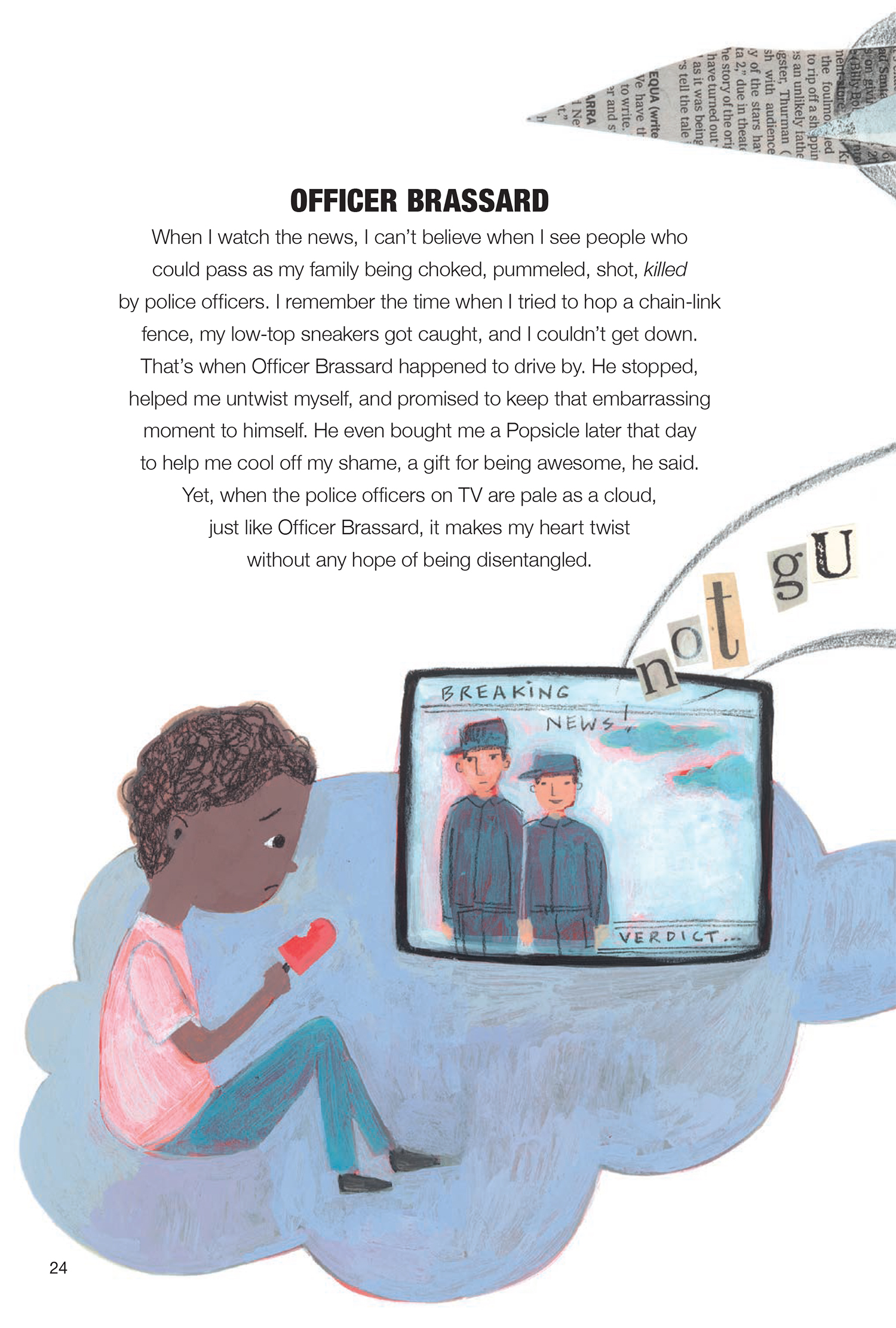 Together with collaborator Irene Latham, he wrote and published Can I Touch Your Hair? Poems of Race, Mistakes, and Friendship, in 2018.

The characters in the book, named Charles and Irene, one Black, one white, are in the fifth grade and are assigned to work on a poetry project together. As the two children explore their differences and similarities, they ultimately forge a friendship.

Through poetry about hair, hobbies and family dinners, Waters and Latham broach race, justice and kindness.

“We started getting riskier and riskier, writing about police brutality. And there’s a poem called “The N-Bomb,” about the n-word.”

One of his favorite poems in the book, Waters says, is called “News.” Latham wrote it in the shadow of Trayvon Martin’s untimely death in 2012 and the initial Black Lives Matter protests in Ferguson, Mo., following the death of Michael Brown at the hands of police, in 2014. “That poem is timeless,” says Waters. “You could take out the name Trayvon and replace it with ‘Breonna Taylor’ or ‘George Floyd’ or ‘Ahmaud Arbery.’ It hits on a soul level.”

His response poem, “Officer Brassard,” explores the dichotomy of brutal police tactics and the memory of a kind neighborhood cop.

“The books are my activism. I hope they spark conversations. I’ve done protests and marches, but what feels best to me is the books. That’s where my voice is amplified,” he says.

In Dictionary For a Better World: Poems, Quotes and Anecdotes from A-Z, which debuted in January 2020, the coauthors ask their audience, “How can we make the world a better place?” Structured with an entry for each letter, the book covers allyship, empathy, respect, diversity and inclusivity.

To come, a young-adult novel in verse called African Town, which chronicles the story of the last Africans brought illegally to America aboard the slave ship Clotilda in 1860. Putnam, an imprint of Penguin, is slated to publish the project. And up next is Be A Bridge, a picture book about building inclusive communities.

With their books, Latham and Waters are building a multigrade and multiage-level reading list to develop young readers into bright, informed and socially conscious citizens, aware of their own power, their own stories and their own lives.