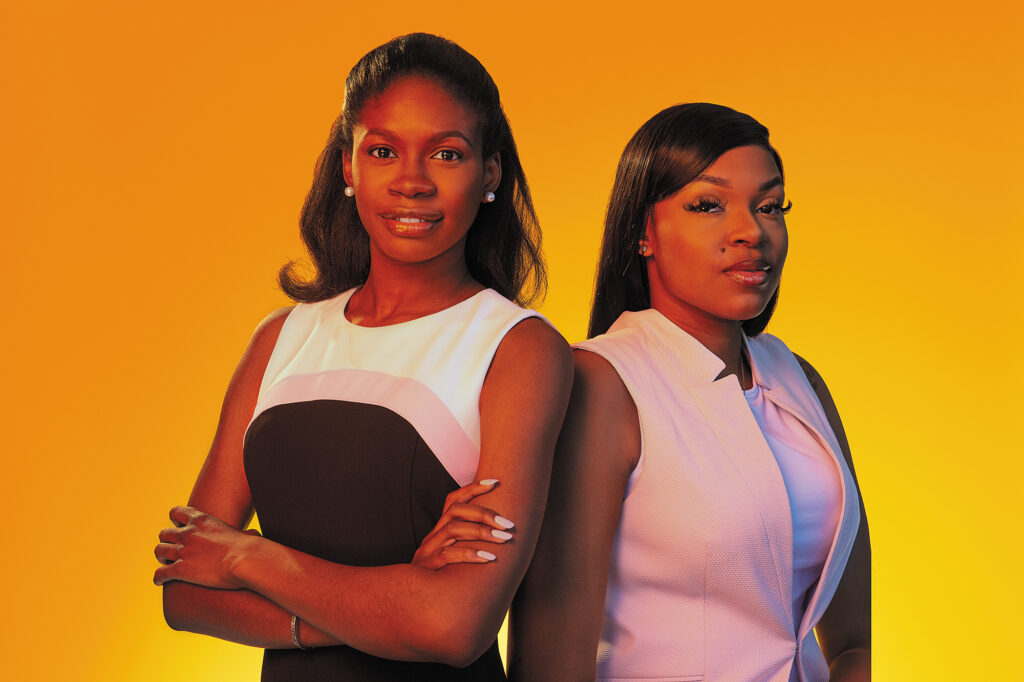 Fatoumata Diabate: The purpose of the sorority is to bring together women of like circumstances and values together to serve the community. The Black women who founded Alpha Kappa Alpha [at Howard University] were only one generation removed from slavery.

Sakile Johnson: Under the sorority’s current administration, we have five targets — global impact; women’s health and wellness; economic legacy; the arts; and education, with an emphasis on HBCU (Historically Black Colleges and Universities) and the college admission process. And then we have sisterly relations, for bonding. We have six sisters on campus and 15 Upsilon Theta alumna.

FD: After graduating from college, each member joins a graduate chapter. It’s a lifetime of using your social standing, accomplishments and privileged position to help others. That’s what social justice is about — serving society. That can come by: mentoring young people; helping students with college applications; or doing workshops on financial literacy. Currently, I’m doing a pro bono clinic at my law school [Seton Hall University] that’s all about using your position to help, too.

Why was it important and necessary to bring the sorority to FDU?

SJ: Having a Black sorority on campus is very important. When we walk wearing our letters, it’s a big deal, and it feels good. I feel seen, accepted and included, and that wasn’t always the case when I first arrived in America from Jamaica. Alpha Kappa Alpha brings hope.

FD: The sorority gives Black students community. That builds fellowship and gives us space to be creative and express ourselves. We’re here, we’re in leadership positions, and we’re making the FDU community better and more colorful.

What excites you most about your sorority?

FD: One of the most exciting moments of the past year was seeing an Alpha Kappa Alpha member, Kamala Harris, become the vice president!

How does the sorority fit into FDU’s goal of fostering a diverse and inclusive community?

SJ: We try to do events that are inclusive. Last year, FDU’s Greek Senate held a panel with all the sororities and fraternities about social justice, and I was so happy we had that discussion. We need to be educated to deal with removing stereotypes and stigmas.

FD: We’re all trying to figure this out together, and we’re not going to be perfect. It will be uncomfortable, sometimes painful. That’s OK! That’s how we grow and learn.

As conversations about race and equity continue, on campus and nationally, how are you reconciling this moment?

SJ: At home in Jamaica, I’m known for more than just my complexion. People know me for who I am — a polite, kind, intelligent woman with a bright future. Here, being Black weighs on me. There are times that I have to remove myself from social media, because the news affects my mental health. I’m determined to make social justice a focus of my career in criminology and psychology.

FD: As a culture, we are just so nervous around race that we think talking about race is akin to racism! That’s not the reality, and it makes people whose humanity is tied to race feel bad, as if anything that involves race is negative. And it’s not! We just have to listen to one another.