What We’re Seeing, Hearing and Loving

Get in touch, FDU 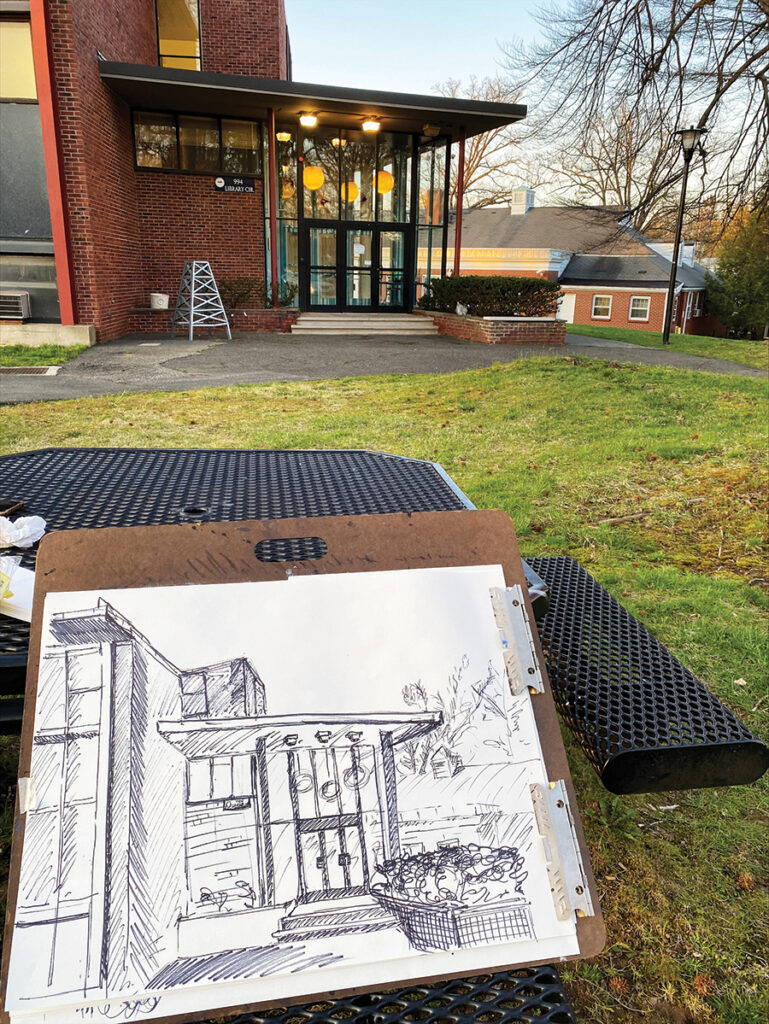 For a lesson on perspective, Alisen Herman, an adjunct art instructor at the Metropolitan Campus, took her General Drawing I students outside. “They drew campus buildings, pathways and the overall landscape. I made this drawing for a short demonstration and then added in more detail. Now it’s hanging in University Hall.” Herman is teaching the class again this semester. 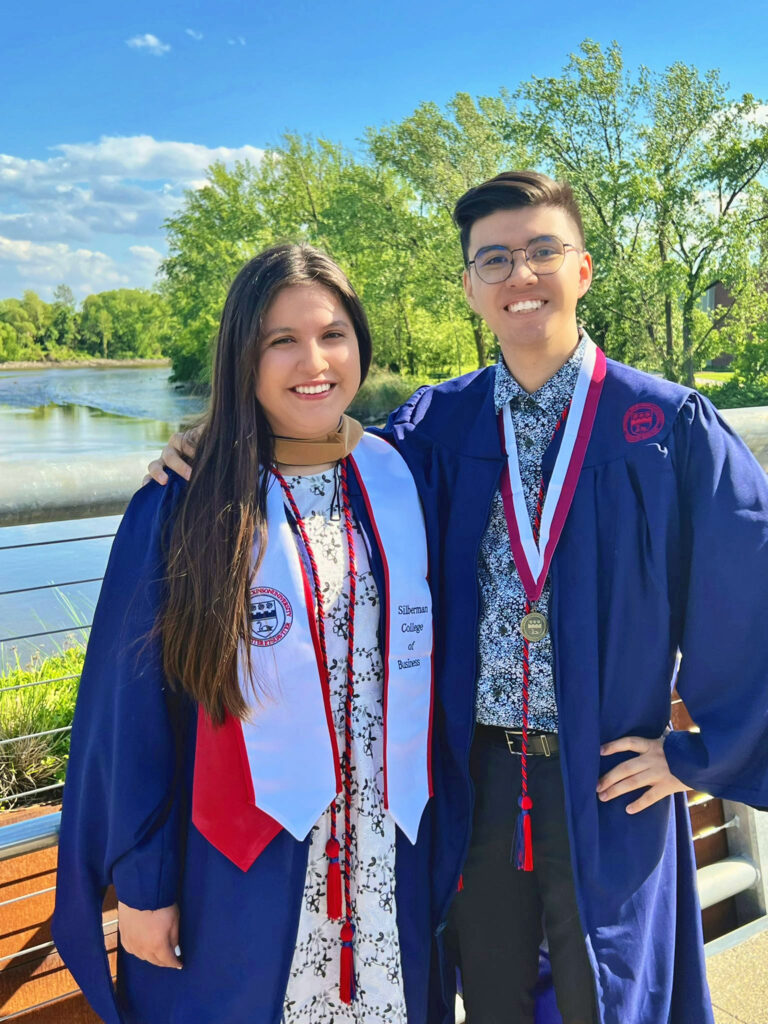 Beyond proud of my daughter Cassandra (master’s) and son Christopher (bachelor’s). All your hard work has paid off. FDU has done an excellent job preparing you for what lies ahead. @FDUWhatsNew @FDUSilberman @fduadmissions #accounting #computerscience 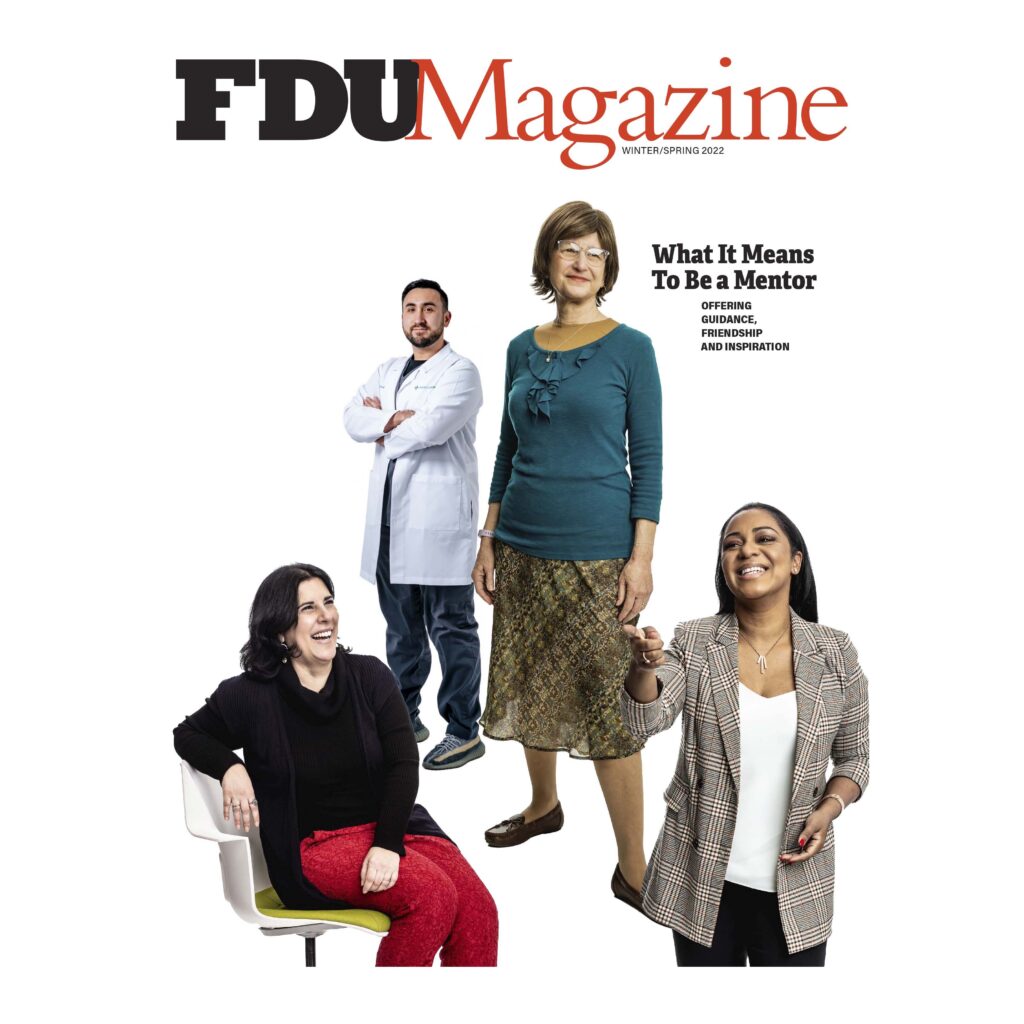 Re: The Lasting Bonds
of Mentorship

This story is amazing and inspiring! I was blessed to have great FDU mentors. Anita Rivers [executive director of community relations] and Denise Hart [former director of adult education], your mentoring, encouragement and friendship have been very significant in my career. THANK YOU! 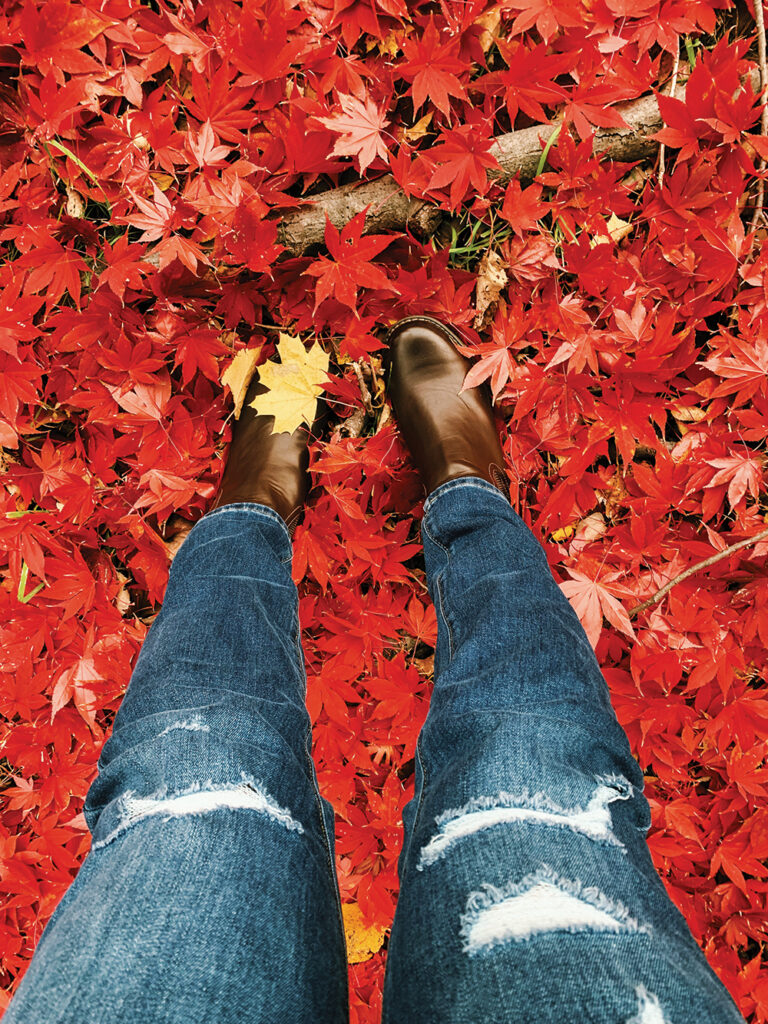 “I had never seen leaves so red in my life! I pulled over by Rutherford Hall on my way through campus just to take this photo! I think FDU is the prettiest in the fall,” says Lauren Bujnowski, a Florham Campus senior studying history and education. 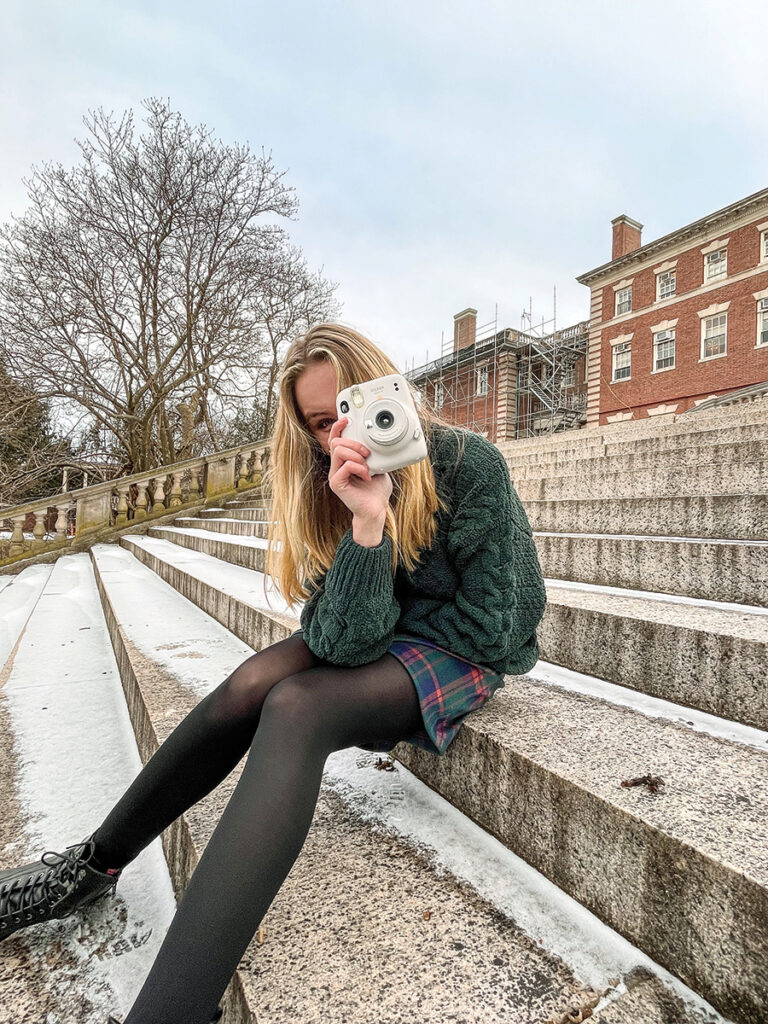 Florham Campus seniors and film majors Christina Chin and Alicia McLaughlin were just hanging around and taking photos behind Hennessy Hall when Chin snapped this one of McLaughlin holding up a Fujifilm Instax instant camera. Smile! 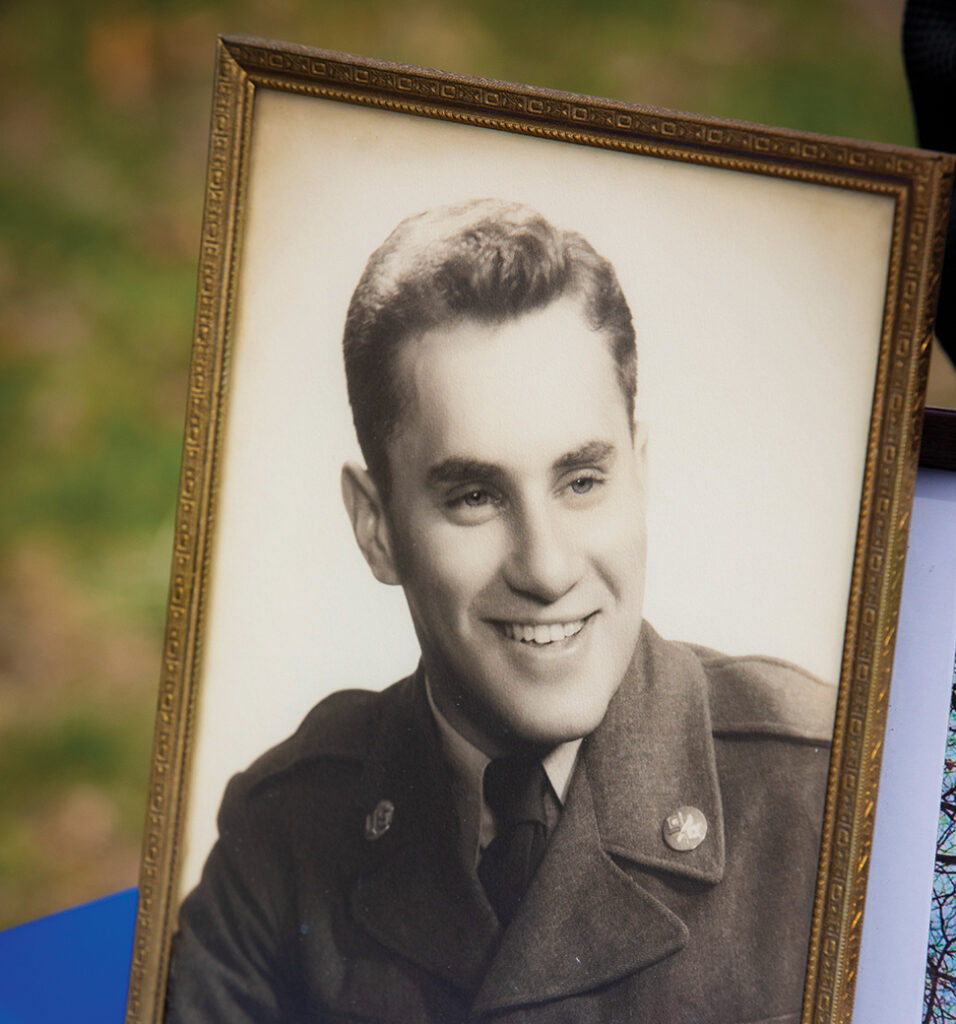 Seven decades after enlisting in the U.S. Army to fight in the Korean War, 90-year-old Richard Salkind received his college diploma from Fairleigh Dickinson University.

At a special ceremony outside of Salkind’s home in Dumont, N.J., on March 30, President Christopher Capuano and University Provost and Senior Vice President for Academic Affairs Michael Avaltroni awarded Salkind his Bachelor of Arts degree. 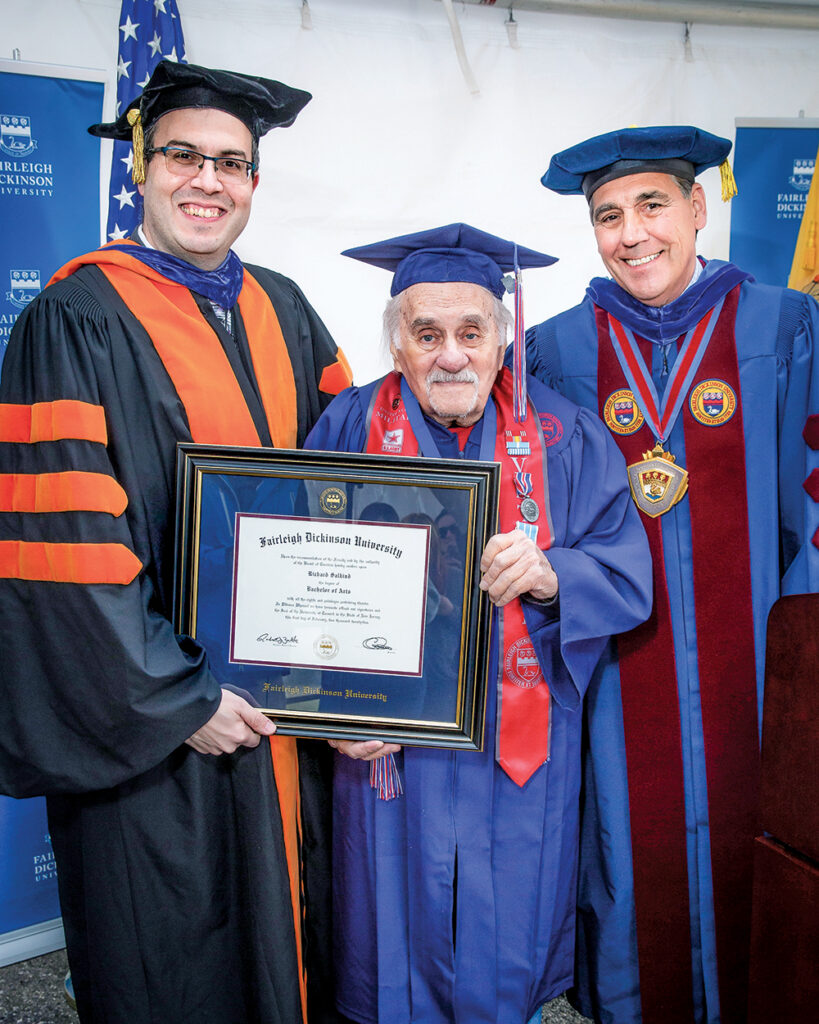 “I am in awe of this gathering,” Salkind said. “I have lived 90 years and never had the occasion to be honored like this. I have had ups and downs, joy and sorrow, and I have overcome everything, and here I am. I’d just like to say I love my family, I love my school, and I love my country. With all my heart, I thank you.”

Along with family and friends, a number of other dignitaries were in attendance to honor Salkind, including elected officials and representatives from various military and veterans services organizations.