In the Business of Helping Vets 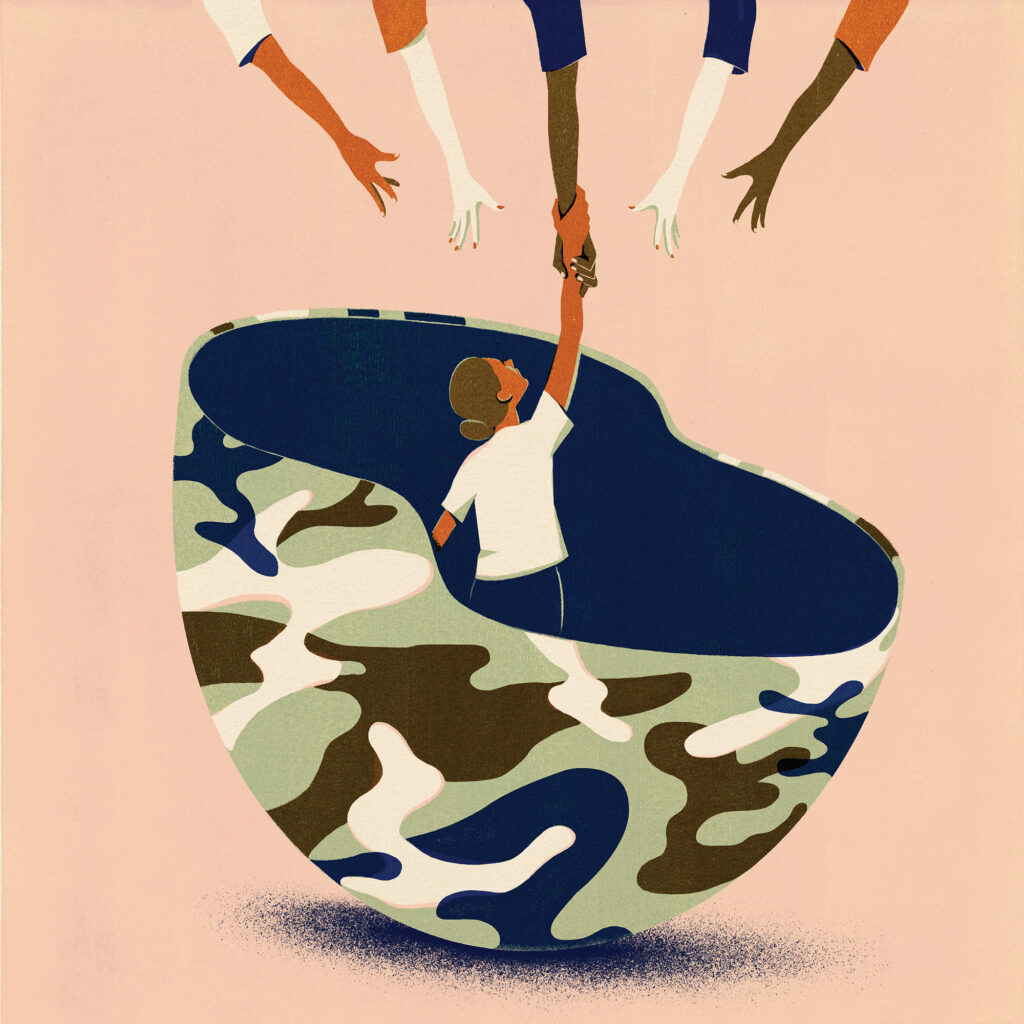 Veterans with entrepreneurial aspirations who are transitioning back into civilian life often need business training, like learning how to write a business plan, identify mentors, take advantage of networking opportunities and much more.

Veterans Launching Ventures (VLV) is a certificate program, run through FDU’s Rothman Institute of Innovation and Entrepreneurship, that provides veterans with the skills and support they need to seize entrepreneurial opportunities.

Since its inception in 2010, the program, which is supported by corporate sponsors including Bank of America, TD Bank and New Jersey Bankers Charitable Foundation, has enrolled 842 participants. About a third of participants have launched businesses. Others have used their skills in careers across all sectors.

Bridging the Gap for Veterans provides vets with access to career-transition coaches, opening the door to veteran-friendly employers. The Coffee Platoon finances the operations of Bridging the Gap.

“We wanted a sustainable, predictable model for underwriting the work that Bridging the Gap does,” says Ferraro. “Based on what I learned at VLV, I settled on coffee, identified a roaster in Hoboken, N.J., and started placing the product in supermarkets.”

Coffee Platoon products are available in 76 ShopRite and five Foodtown supermarkets across New Jersey. “We are currently in talks with Wakefern, which could put us in 300 grocery stores in the state,” he says.

Ferraro’s business goals dovetail nicely with VLV’s. “A lot of veterans get out of the armed forces and don’t know what they want to do. We help them get acclimated. We provide mentorship. They don’t know how to open the doors. We help with that.”

“We are proud to support this program and believe that it is an investment that will have an enormous return. These are people who have demonstrated an admirable commitment to this country, and that commitment carries over to their endeavors once they return to civilian life. We believe that supporting veterans interested in becoming entrepreneurs is a sound investment that will generate significant returns,” says Affuso.