How a Pro Scout, an Athletics Director and FDU Changed Dennis O’Brien’s Life 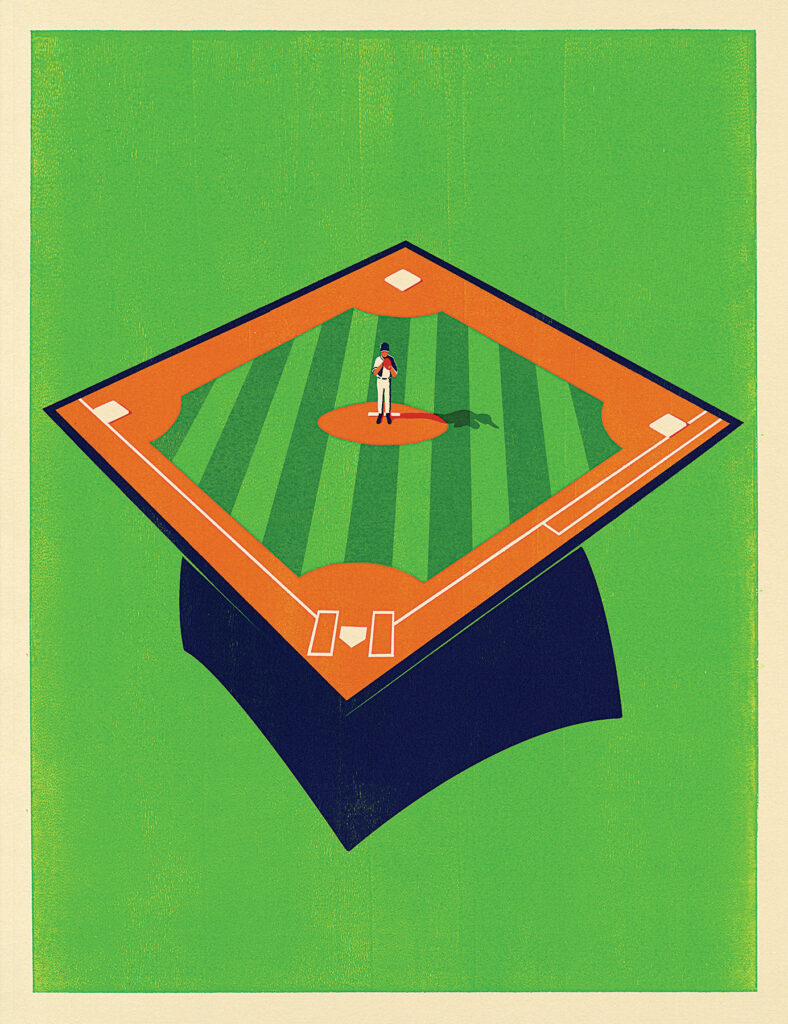 As a young man, it was Dennis O’Brien’s dream to play Major League Baseball. He went to tryout after tryout in the New York metropolitan area, hoping to catch the eye of a team scout. Finally, a scout suggested that O’Brien might have better luck attracting the attention of a major league team if he played for a college program first. The scout happened to know Harvey Woods, FDU’s first-ever director of intercollegiate athletics and head baseball coach, and called him.

Based on the scout’s endorsement, O’Brien, BS’65 (Ruth), enrolled in FDU on an athletic scholarship. “I was the first in my family to go to college,” he says. “My parents couldn’t afford to send me.” Freshman year, he quickly made a name for himself, tossing back-to-back no-hitters in the same week, an accomplishment remarkable enough to earn him a mention in Sports Illustrated’s “Faces in the Crowd.”

But, by his senior year, O’Brien began to realize that his dream of being a professional ballplayer might not come true. Armed with his FDU degree in accounting, he went to work for Warner-Lambert, now Pfizer, the pharmaceutical and health care products giant, rising through the corporate accounting ranks and, ultimately retiring as vice president, finance, consumer health care — U.S.

“I had a very enjoyable career,” he says. “I traveled the world.”

In 2001, the O’Briens — Dennis and his wife Adele — endowed the Harvey Woods Scholarship because, O’Brien says, “when Adele and I look back and ask ourselves ‘How did we get here?’ the answer is simple. It was that baseball scholarship granted to me by Harvey Woods.”

The scholarship is awarded to students who play Division I baseball and are “academically successful, have good character and financial need,” O’Brien says.

Because FDU helped him secure his future, O’Brien’s commitment to the sport he loves and to his alma mater hasn’t waned. He is cofounder of the baseball alumni organization, a regular at reunions and serves on the FDU Division I Athletics Hall of Fame nominating committee. In 2001, he received The Pinnacle Award, which recognizes and acknowledges the contributions and achievements of FDU’s most distinguished alumni.

Almost 60 years after he threw those back-to-back no-hitters, O’Brien says, “I still have a passion for FDU baseball and all it stands for.”