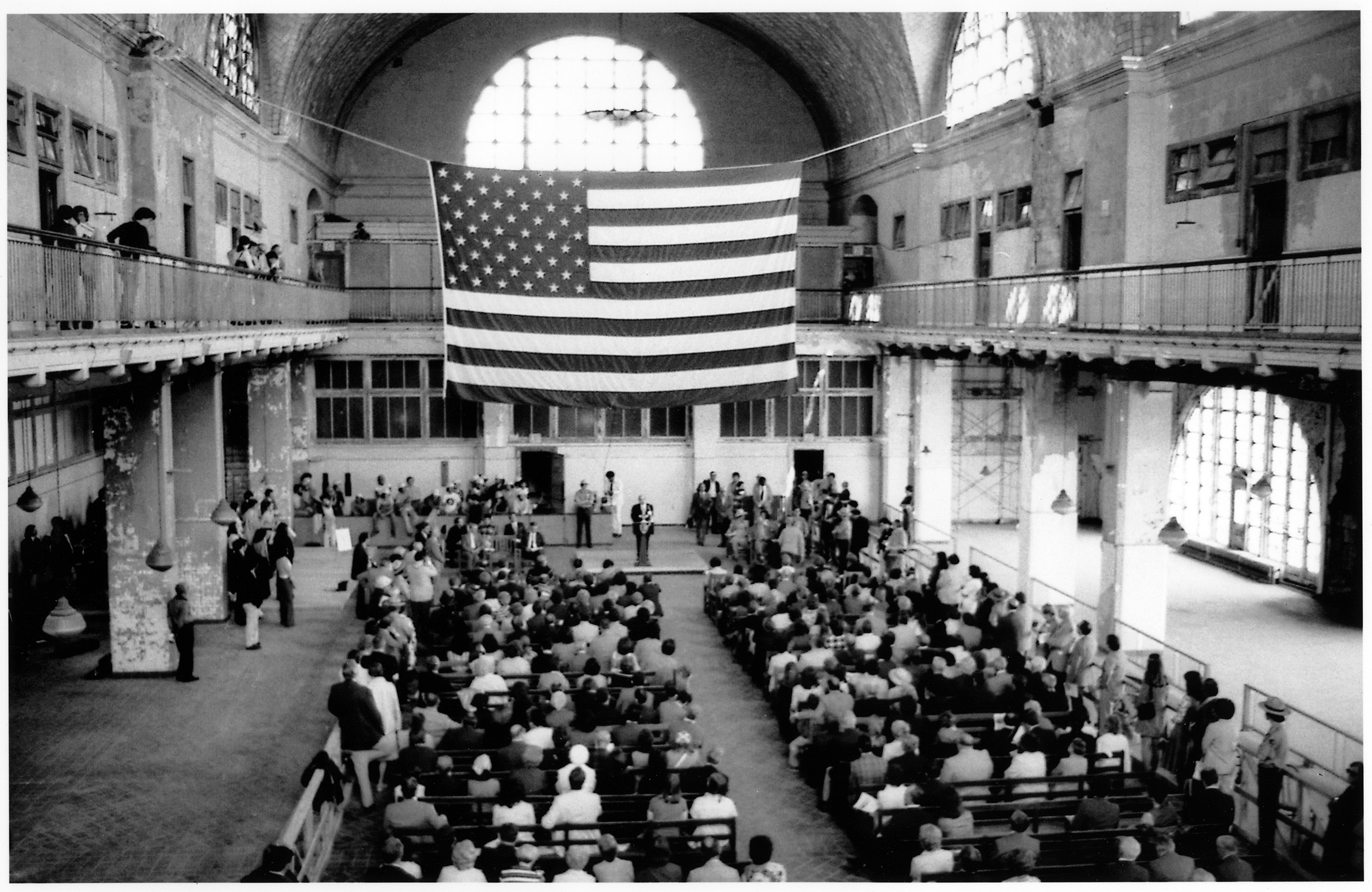 A view from the top of the Great Hall as Peter Sammartino speaks at the 1976 re-opening ceremony at Ellis Island. (Photo: Kevin Daley)

Built as part of the federal government’s first comprehensive effort to manage immigration, Ellis Island processed 16 million immigrants to the United States between 1892 and 1954. Among them were FDU founder Peter Sammartino’s parents, Gaetano and Eva Sammartino, at the beginning of the 20th century, and his wife Sally Sammartino’s father, Louis Scaramelli.

But by the 1970s, Ellis Island had fallen into disrepair, long since ceasing to be the immigrant gateway to the “American Dream.” 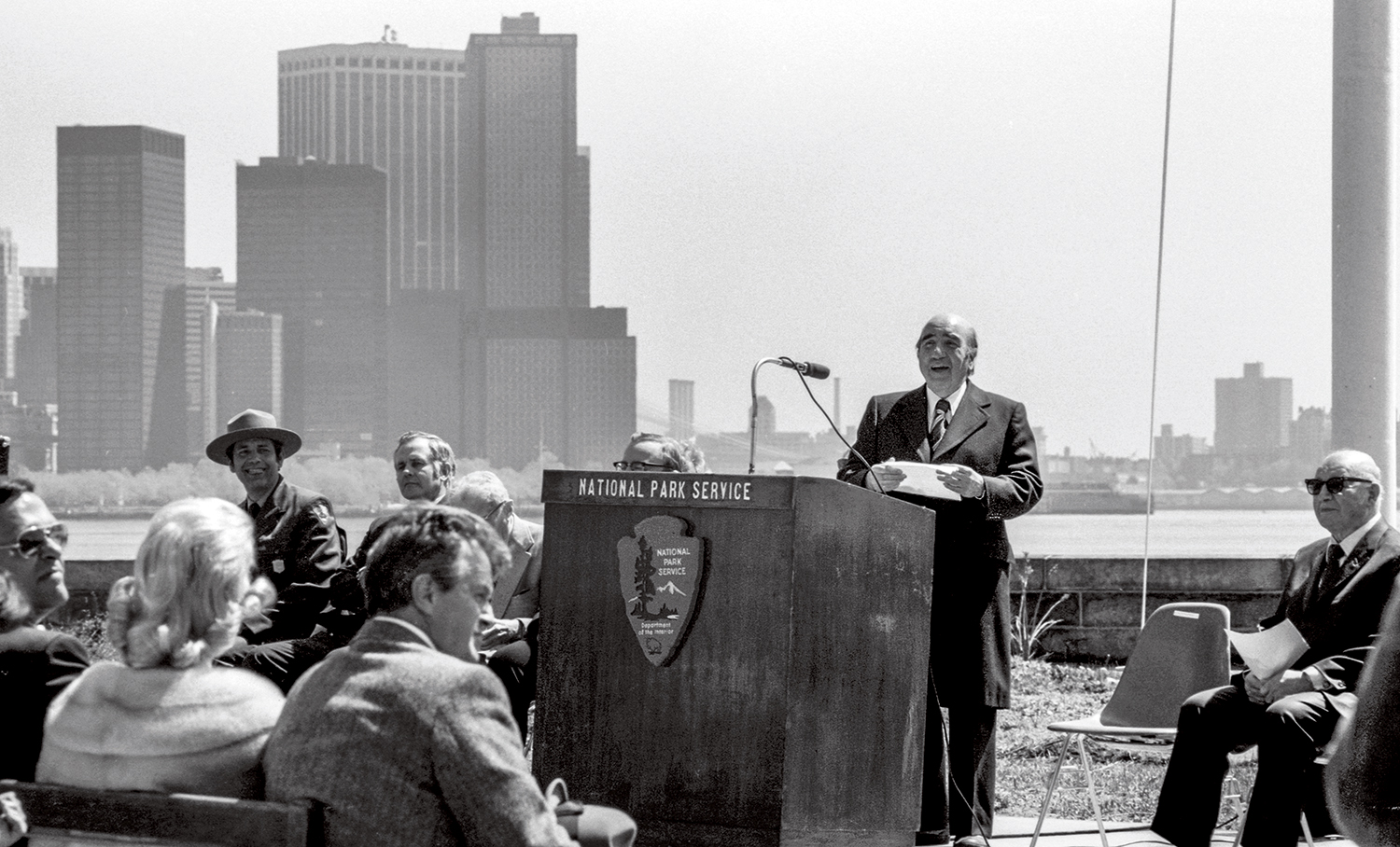 Sammartino had a deep affinity for the arts, for culture and for history — he was president of the New York Cultural Center, an art gallery; he was on the board of the State Opera Society; and he was a member of the National Italian American Foundation.

So it was with great dedication, strength and commitment that he and Sally lobbied for the Ellis Island restoration project, with Sammartino as the national chairman of the Restore Ellis Island Committee. “Far too long these walls, these halls have been left unattended,” said Sammartino at a flag-raising ceremony held on November 5, 1975, near the start of the project.

The couple traveled the country to solicit support for a congressional appropriation to fund the clean-up campaign.  The legislation resulted in an initial appropriation of $1 million and an annual $500,000 per year thereafter.

At the opening ceremony on May 28, 1976, people were invited in to see the progress of the renovation of the north side of the island, comprising the main building and surrounding structures.

"Of all the parks and sites under the jurisdiction of the National Park Service, this will be the most poignant."
— Peter Sammartino 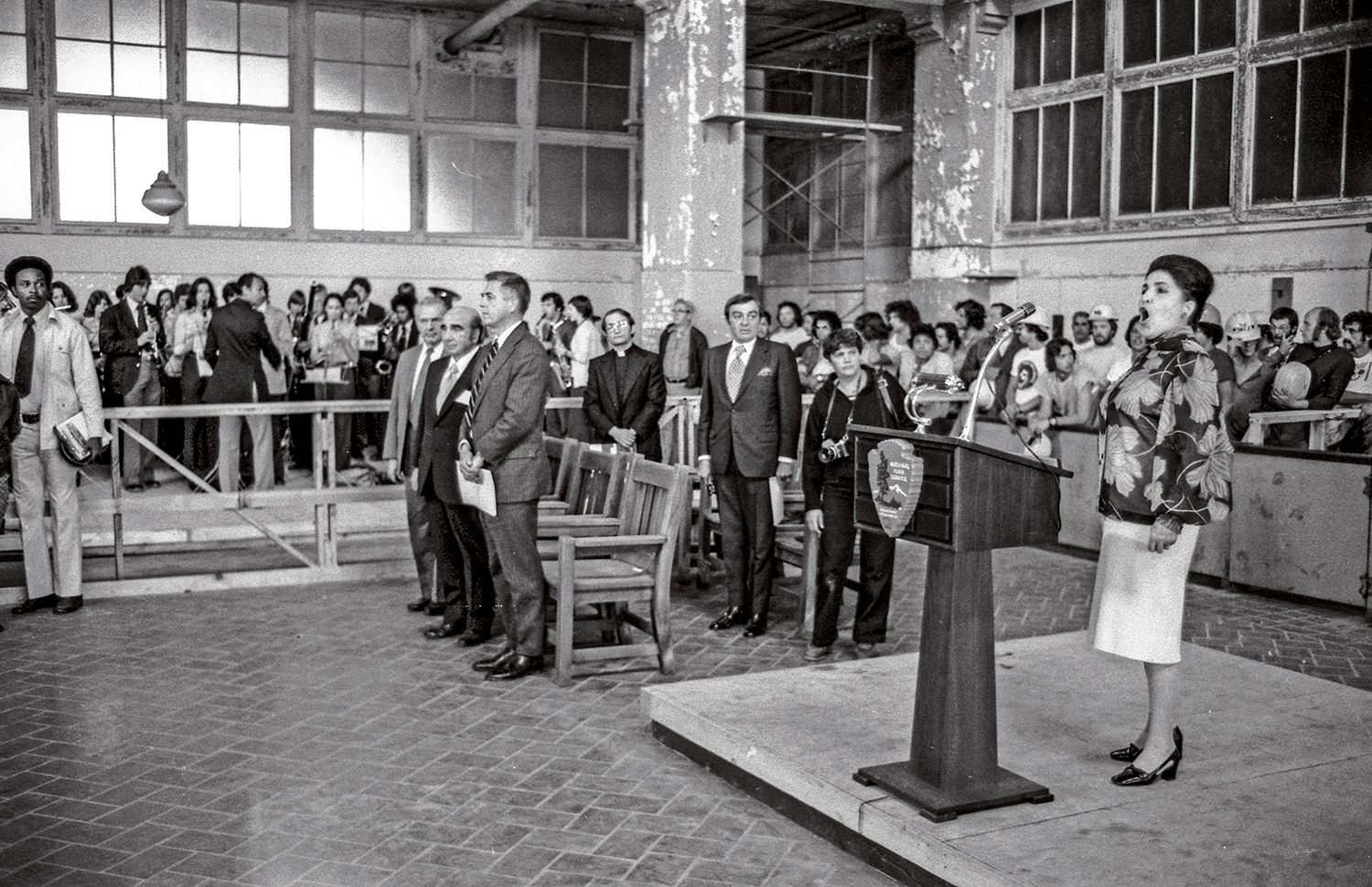 Sammartino’s words at the ceremony still resonate to this day. “Of all the parks and sites under the jurisdiction of the National Park Service, this will be the most poignant.”

On April 25, 1980, a plaque was placed at Ellis Island by the National Italian American Foundation. The inscription reads: “In honor of Dr. Peter Sammartino who, as president of the Restore Ellis Island Committee, persuaded Congress to initiate the restoration of this historic island.” 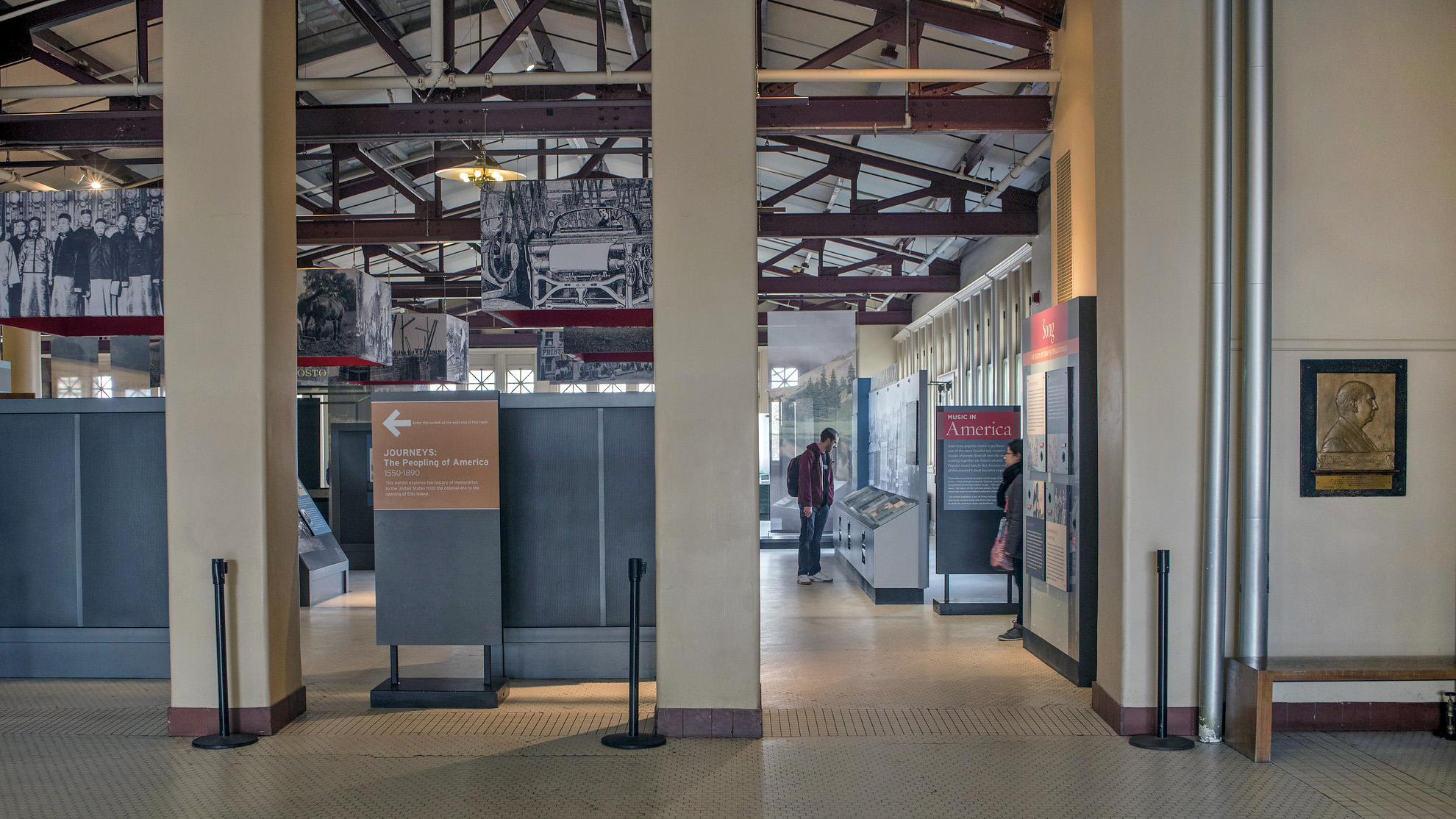 A plaque (at right) acknowledges Sammartino’s role in the restoration. (Photo: Kevin Daley)

The island remained open to visitors on a limited basis until 1984, when it was closed to perform a massive restoration of the structures on the north side. The main building reopened in 1990 as the Ellis Island Immigration Museum.

Now in glory once again, Ellis Island is a museum with busy halls filled with eager visitors and carefully preserved artifacts. Individuals can access and search archival immigration records to find their ancestors.