A History-making Season for Devils Football 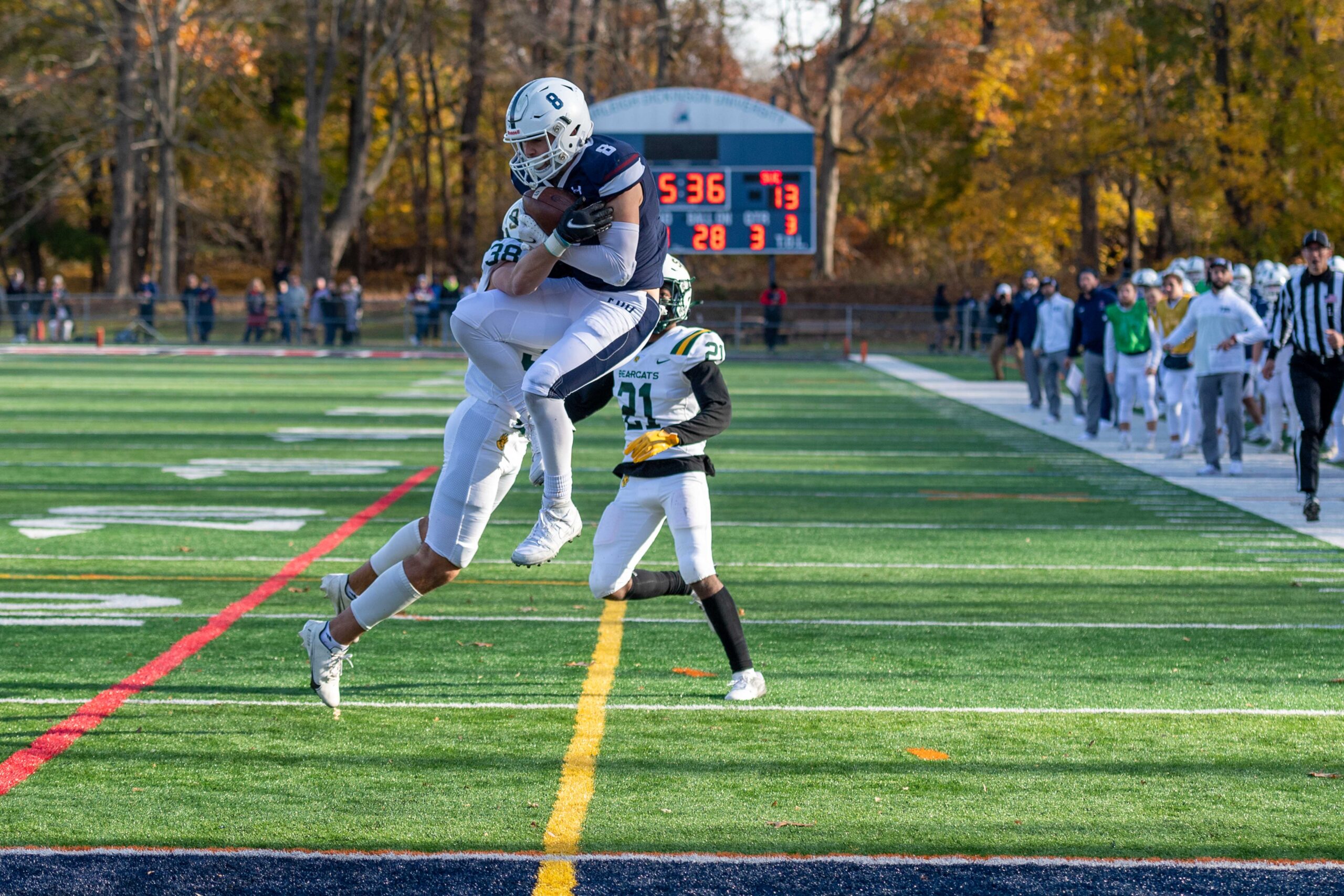 The team wrapped its momentous season with a 7–4 overall record, reaching the seven-win mark for just the second time in program history.

The last time Devils football won seven games or more was in 1993, when the team went 8–3 and ended the season in an ECAC Bowl Game.

Head Coach Jimmy Robertson — the Middle Atlantic Conference (MAC) Coach of the Year — steered the Devils to victory after the team was picked to finish last in the MAC preseason poll.

“I am so proud of how our guys battled through adversity throughout the season. Day in and day out, they brought a great energy to practice, competed and pushed one another to be great. It’s all of the things they did throughout the week and off the field that translated to success on game day,” says Robertson.

This marked FDU’s third appearance in an ECAC Bowl Game. Previously, the Devils fell to Wesley College in 1993 and to Wilkes University in 1999.

“To win the first bowl game in FDU history is amazing. Our student-athletes invested and sacrificed a lot to get to this point. They love one another and did it for the guy next to them. We have a special group of guys in our program and that led to this special season. To do something that had never been done before at FDU is something our guys will talk about and remember for the rest of their lives,” Robertson says.

For his efforts, Perez, who posted eight catches, 122 receiving yards and three total touchdowns, was named most valuable player (MVP).