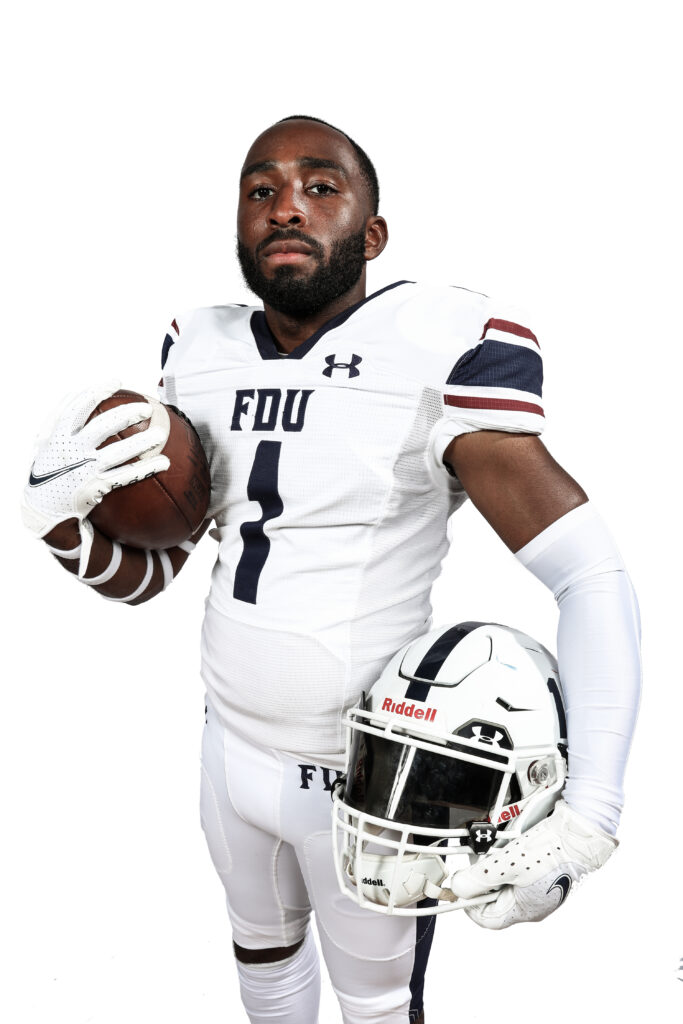 “One thing I’ve learned is, when you help others you always see that come back into your life,” says Alnazir (Al) Blackman.

This has proven true for Blackman, BA’21, MAT’22 (Flor), former Devils football captain and running back, who was named to the 2021 Allstate American Football Coaches Association (AFCA) Good Works Team®. The honor celebrates the community service and “good works” done off the field by college football players and student support staff.

“This is a big honor for Al and a testament to the type of person he is,” says former Head Football Coach Jimmy Robertson. “To be named to this elite group is something Al, our program and the entire FDU community will remember forever.”

Blackman, who is deeply committed to community service, is a founding member of Athletes for Change and Equality (A.C.E) — a student-athlete-run organization. To support those goals, he organized and led weekly and monthly leader and athletic team meetings; an event with the local Morris County, N.J., Prosecutor’s Office; social media initiatives; educational zooms with the FDU community; and an initiative where community leaders discussed various topics during NCAA Diversity and Inclusion Week.

“Devils athletics has a legacy of hardworking student-athletes who get things done, not only on the field, but also in the classroom and in the community,” adds former Division III Director of Athletics Jenn Noon. “Al’s philanthropic mission is one that always puts others before himself.”

Blackman has also participated in football’s Be the Match/Andy Talley Bone Marrow Foundation drives and regularly helps run bone-marrow registry drives and blood drives. Additionally, he worked with special-education students at local elementary schools, assisting them with daily tasks to engage them with the materials being taught in the classroom.

“I always try to find ways to help other people, not just to help myself,” says Blackman. “That is what pushes me in my spare time to support other people, like special-education students, and these other different initiatives. I am just trying to help as many people as I possibly can.”

He is the first student-athlete from FDU to earn the prestigious honor and was one of 22 student-athletes from across Divisions I (Football Bowl Subdivision and Football Championship Subdivision), II and III and the National Association of Intercollegiate Athletics (NAIA). Blackman is also one of only two Division III student-athletes to be named to the team.

“All I try to do is help other people and grow as a person,” says Blackman.