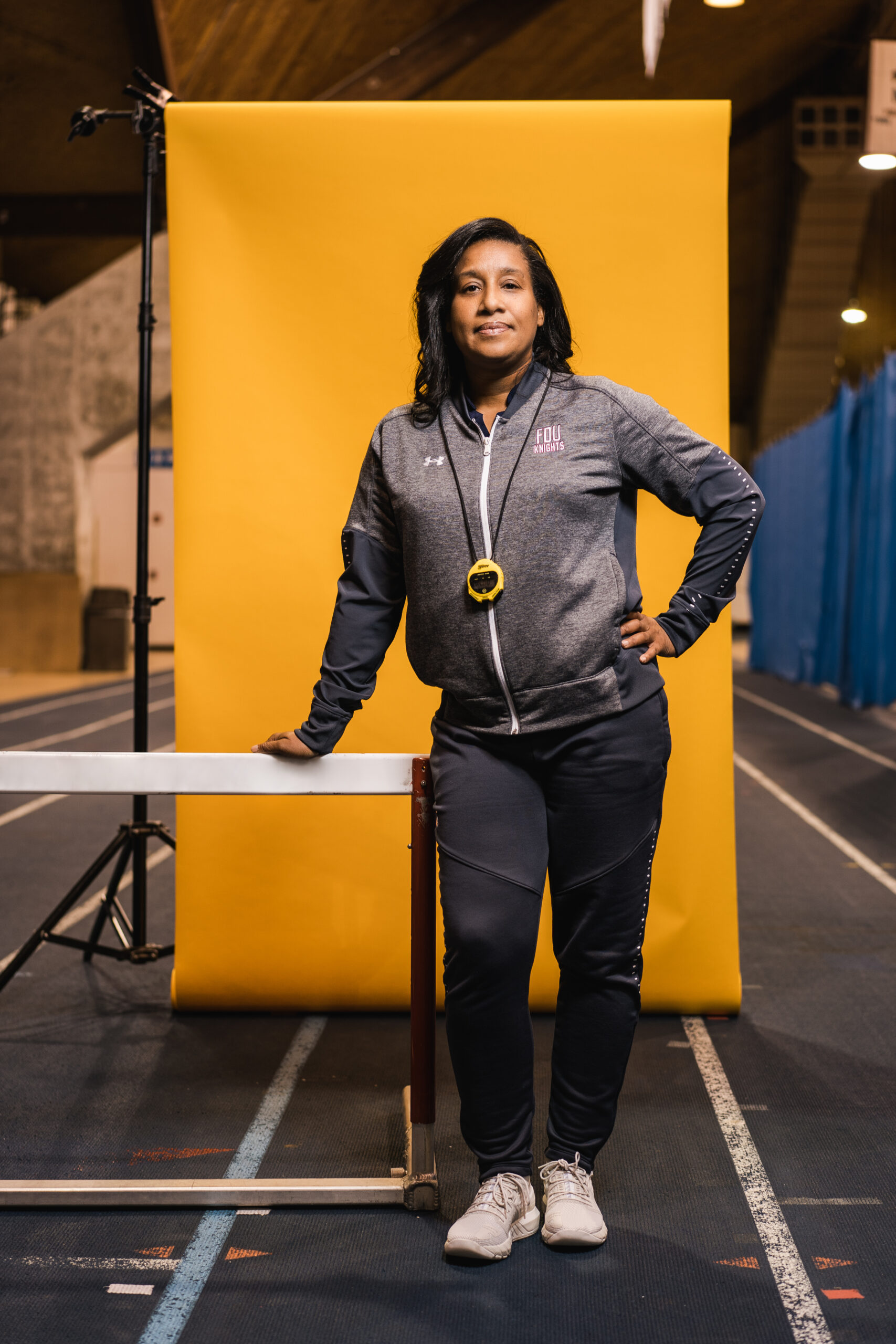 Runners to your marks. Set. Go!

These familiar words have played over and over again in Sharlene Milwood-Lee’s head, for more than two decades, both as a track and field coach and as a former Knights student-athlete.

“I bleed burgundy and blue. I want my athletes to leave here with a good experience and a special connection to FDU,” says Milwood-Lee, BA’95, MSA’11 (Metro).

She takes student-athletes under her wing, guiding them to select the right event — whether it is a sprint or a distance race; discus, shot put or javelin; or the triple or long jump — and then eases them into competition. Everyone wants to be a sprinter, she says, thanks to Olympic gold medalists and world record holders Usain Bolt, a Jamaican sprinter and the fastest man in the world, and Sydney McLaughlin, a New Jersey native who wowed the world with her 400-meter hurdle times.

“I hope that our sport can be embraced on a national level for more than just an Olympic year,” says Milwood-Lee.

She is one of only 64 female track and field head coaches across the NCAA, as reported in a 2019–2020 study by The Tucker Center for Research on Girls and Women in Sport at the University of Minnesota.

“As a woman in a male-dominated profession, I am questioned and have my abilities doubted more than my male counterparts. I have learned to trust my gut and believe in what I am doing,” says Milwood-Lee. “Coaches are always evolving and growing.” She recommends future coaches find a coach or mentor that they can confide in and bounce ideas off.

“It is important for every athlete to go into a competition confident. It’s my job as their coach to give them what they need both mentally and physically. The physical part is much easier to train than the mental. My job is to understand what works for each athlete. For some, it’s motivational quotes and encouragement, while for others, it’s distraction — asking them to log times or help with a sudoku puzzle I can’t figure out.” 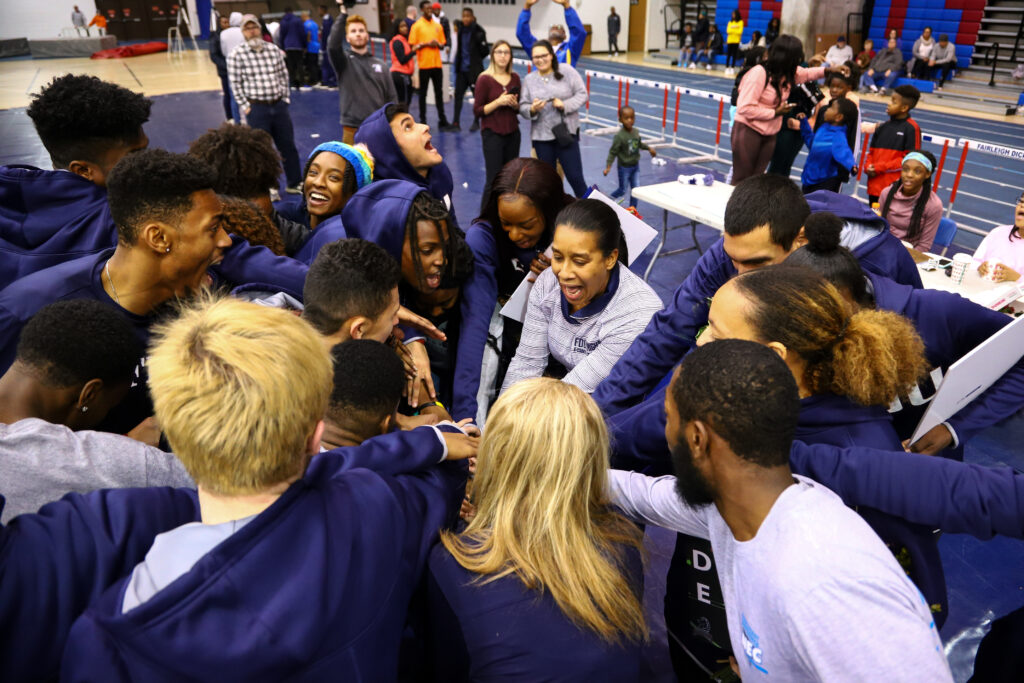 Sharlene Milwood-Lee rallies her athletes before their events at an indoor meet. (Photo: Larry Levanti)

Milwood-Lee prioritizes trust and respect on her team.

“I tell the team, ‘You don’t have to get along 100 percent with everyone, it’s OK. But when we get on that track, we’re a family, and you look out for your team,’” she says. “Not everyone on the team is going to like me. But you must have that mutual respect. That’s important.”