Documentarian Laces Up Her Skates with the Women of Roller Derby 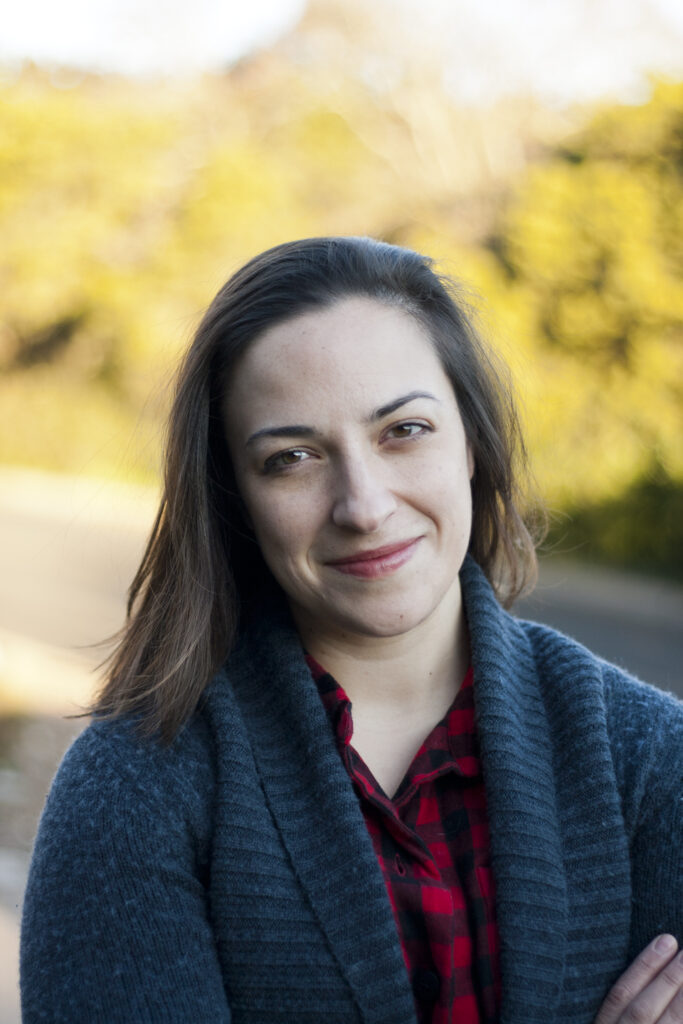 On the rink, during her roller-derby days, she used to go by “Haulin’ Cass.” Now Cassie Hay, MFA’11 (Flor), is a documentarian telling the stories of the women of the Gotham Girls Roller Derby League in New York City.

“Diving deep into the lives of these women” is as much her story as it is theirs — she skated for five years with the league.

Hay once reported to a set, where she worked as a location scout, with two black eyes after catching an elbow to her face. “I figured I’d just wear my sunglasses all day to hide them,” she says. What she did not expect: being called into a meeting with producers who had a question about an upcoming episode of their crime drama. “It featured a suspect on roller skates, so they asked, ‘Would I be able to give them safety tips?’ They also wondered why I was wearing sunglasses inside. I pulled off my glasses to reveal my black eyes, and said, ‘Wear a helmet, and maybe some eye protection, too.’” 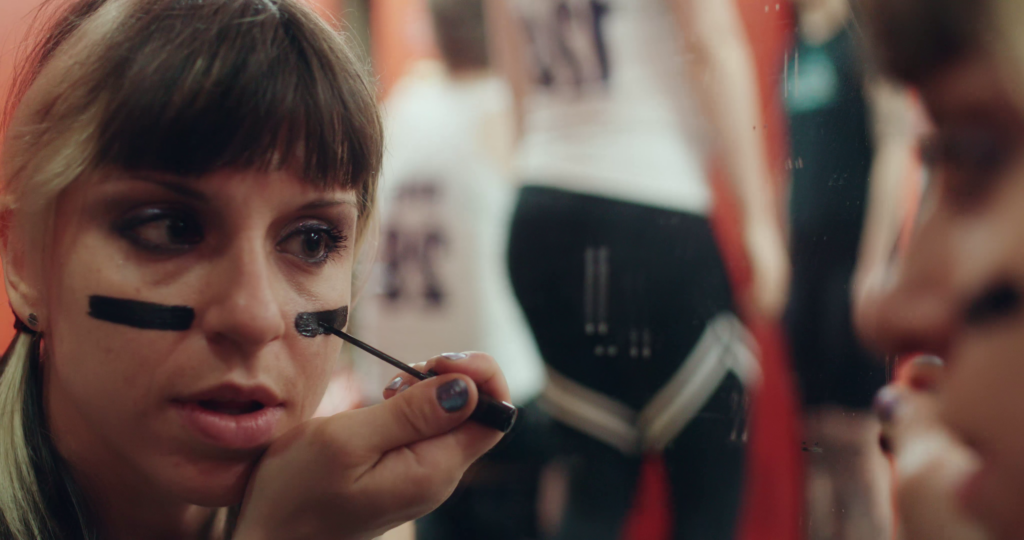 Suzy Hotrod prepares to wage “war” on the rink. (Photo: Still from ‘Queens of Pain,’ courtesy of Cassie Hay)

Her new documentary, “Queens of Pain,” is an intimate portrait of three skaters — Suzy Hotrod, Evilicious and Captain Smack Sparrow — of the Gotham Girls. The film has received critical acclaim and is now available on iTunes and Video on Demand (Amazon and Comcast).

With a runtime of an hour and five minutes, “Queens of Pain” originates from a nonfiction essay Hay wrote in an MFA class about her roller-derby experience.

She studied film and TV at New York University, but her MFA from FDU taught her story structure and the revision process. “You can’t mash a bunch of facts together and expect anyone to find the writing interesting,” she says, especially of writing documentaries. Hay also credits [faculty members] René Steinke, professor of English and director of the MFA in creative writing program; Walter Cummins, professor emeritus of English; Minna Proctor, editor-in-chief of The Literary Review and adjunct faculty member in creative writing; and the late Tom Kennedy, adjunct faculty member in creative writing, for inspiring her to be a better writer. “Their generosity — with their craft and enthusiasm — made me who I am today.”

Hay’s first creative-writing residency at FDU’s Wroxton College in England felt like a baptism by fire. “It’s one thing to scribble alone in your room and quite another to read your writing in front of peers whose respect you crave,” she says. “But it was the push I needed … it forced me to write words I could be proud of.”

Hay’s passion for storytelling began at age 9. “I became obsessed with Orson Welles after watching ‘Citizen Kane,’” she says. “I wanted to be a director, but especially a storyteller.” She found the perfect medium in documentaries, seeking to chronicle “unexpected moments that reveal something new, exciting, bittersweet, heartbreaking or just true about our shared humanity.”

She found all of that in “Queens of Pain.” 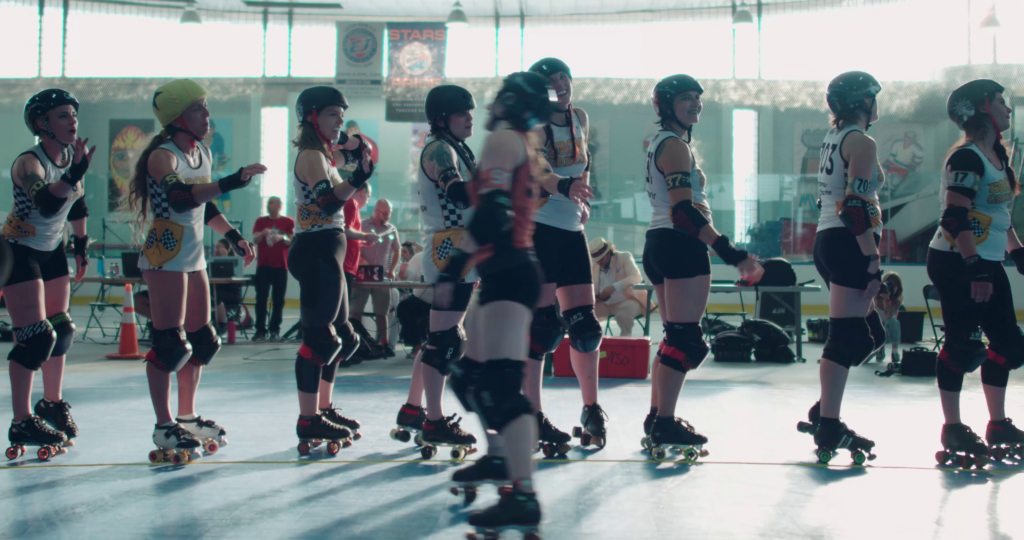 The women of the Gotham Girls Roller Derby League in New York City hit the rink. (Photo: Still from ‘Queens of Pain,’ courtesy of Cassie Hay)

Collaborating with Amy Winston, her sister, codirector and cowriter, Hay endeavored to make a documentary about women lifting one another up. “We framed the story to be one about women and what they go through to make their own community, or as Suzy Hotrod puts it, ‘a sci-fi planet of the girls.’”

Hay’s directorial debut, “The Liberators” — about a German art detective searching for medieval art that was seized by the Nazis and then vanished — drew on all her writing and filmmaking training. It also allowed her to experience the sweetest fulfillment. “My proudest achievement was selling out its opening-night screening at SXSW [South by Southwest] festival,” she says, “because I had finally pushed something I directed over the finish line.”

She wishes for that same sense of accomplishment for aspiring filmmakers — all of whom face a daunting industry. “You will meet incredible, passionate, fun, hardworking people,” she says, “and maybe one day you’ll have a story to tell, and they will help you bring it to the screen. You’ll touch someone’s life, and it will be awesome.”

ADVICE FROM SET
“Show up, work hard and respect your coworkers. No one owes you anything, and they are not waiting for your genius.”

COOKIES ANYONE?
“I once sold Girl Scout cookies to [politician and philanthropist] Ross Perot. Cookie sales are great training for show business: be friendly, keep ringing doorbells and show up … even when it’s raining.”

CALL HER BOSS
Her dream project: showrunner on a narrative episodic series like HBO’s “Mare of Easttown” or directing a documentary for National Geographic.

IDEA BUCKET
“I pitch story ideas to my mother-in-law in Kentucky. If I’m enthusiastic in the telling, and she thinks it’s interesting, I put it in the ‘maybe’ bucket.”