Coming Into Her Own, in Canada 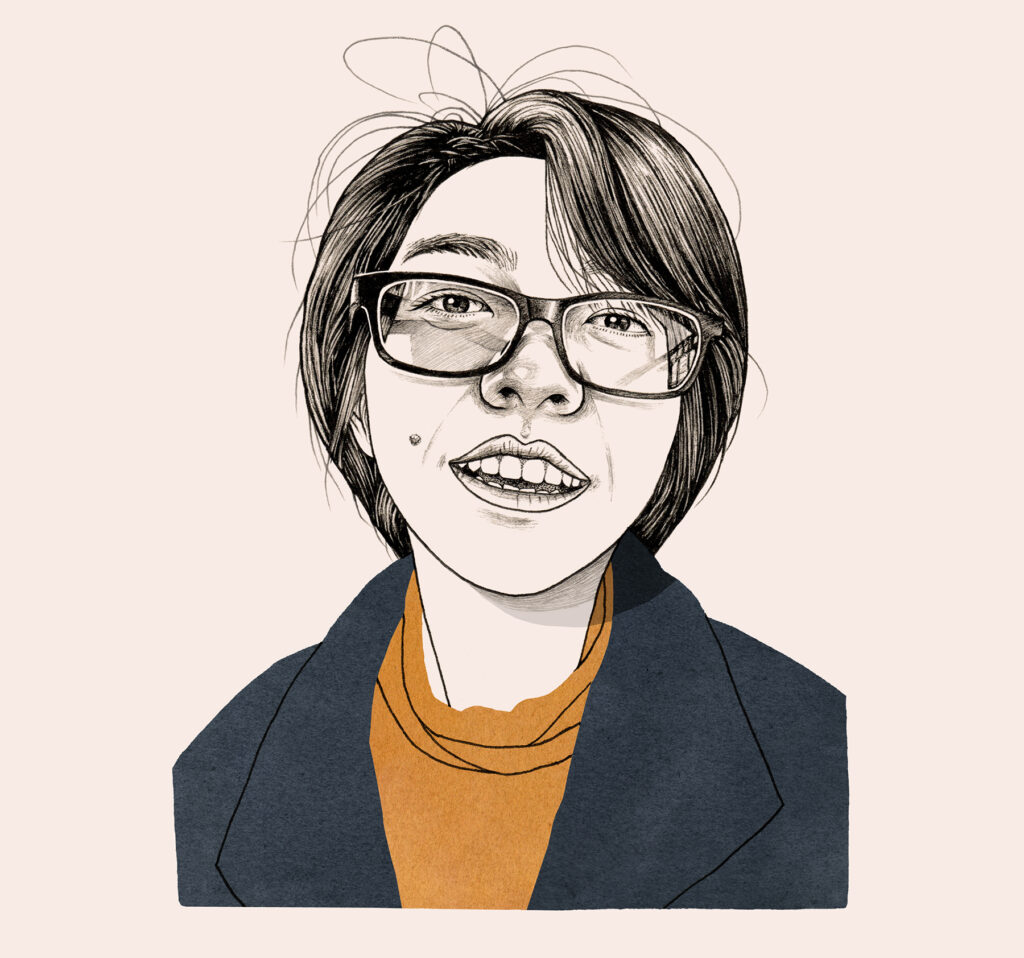 Her love of Céline Dion and the song “My Heart Will Go On,” coupled with a fascination of the four distinct seasons, drew Vy “Evelyn” Nguyen to Canada from Vietnam.

“I listened to her song on repeat — asking who she was and where she was from,” she says of the Canadian chanteuse. “My first English teacher was also Canadian, and she gave us little Canadian flag pins that I treasured.”

Over the years, Nguyen’s interest in Canada never waned. With its focus on global education and offer of financial aid, FDU’s Vancouver Campus fit the bill for college abroad.

Studying business administration at FDU’s Vancouver Campus has been more than an enlightening academic experience for Nguyen. It also developed into a journey of transformation and self-discovery. As she became more involved on campus and within the city community, Nguyen grew into herself.

In a diverse educational environment, Nguyen discovered herself and pushed beyond her comfort zone. “My mom tells me that I’ve matured,” she says. “Living and studying overseas has provided life lessons. I’ve learned to care for myself and make decisions without my parents’ guidance. I’ve had time to discover who I really am.”

Nguyen joined the campus’s Model United Nations (MUN) Club and participated in the National MUN competition in New York, N.Y., to enhance her speaking and debating skills. “I made new friends who’ve majored in political and international relations,” she says. “And because these are majors that I’m not too familiar with, meeting them provided me with useful and interesting insights into how politics and diplomacy work.”

Global issues discussed at the competition opened her eyes to how the rest of the world lives and the challenges other countries and peoples face.

The need to help others and make a difference resonates deeply with Nguyen. A former member of the Rotary Club, she’s also provided meals to homeless people in the Vancouver area. “I also feel strongly about being responsible for the environment around me,” she says.

To further champion the environment, Nguyen joined last year’s FDUPitch, a competition where students submit business proposals, and was among those who qualified for the final presentations. Together with fellow business administration graduates Quynh “Quinn” Nguyen and Minh Nguyen, she pitched an eco-friendly retail company that would provide customers with a variety of sustainable clothing lines, materials and fabric. “We wanted to challenge the fast-fashion trend that has adversely impacted the environment and human labor for the past decade,” she explains.

Empathy for others also made Nguyen more aware of how important it is to advocate for her personal goals and dreams. She has now fully embraced passions she previously dismissed as trivial.

“I never allowed myself to do the things I always wanted to pursue because I thought that these would not help me achieve a good and stable career,” she says. “I learned to stop listening to what people told me to do and to start thinking about what I truly want to achieve, which is to combine my love for visual arts with my business degree.” She sees herself in marketing — a field where she can embrace both interests.

Nguyen believes that the Vancouver Campus has brought out the best in her. “I’m much more confident now,” she says, “enough to be willing to try out new things and take risks so that I won’t miss out on opportunities anymore.”

“I love that Vancouver celebrates Pride (after legalizing same-sex marriage). One of my most amazing memories is joining the Pride Parade,” says Nguyen.

“I enjoy writing and editing videos. I also find happiness in marketing case studies, because they require brainstorming and creativity,” she says. “I have basic knowledge of HTML5 and CSS — enough to understand simple code for web design.”

“There are people who survive on food and products thrown away by big retailers. I want to help solve the food-waste problem by allocating food to the people who really need it,” Nguyen says.