Gender is just one of the social identities that shapes human behavior, but it’s one of the most powerful.

Modern men are increasingly likely to believe that their gender identities — their sense of being as a man, and what masculinity and manhood means to them — is under attack. In the face of this, many men find ways to compensate, to express their masculinity more strongly. These compensatory behaviors take all sorts of forms, but politics has proven to be a potent way for men to assert their masculinity. 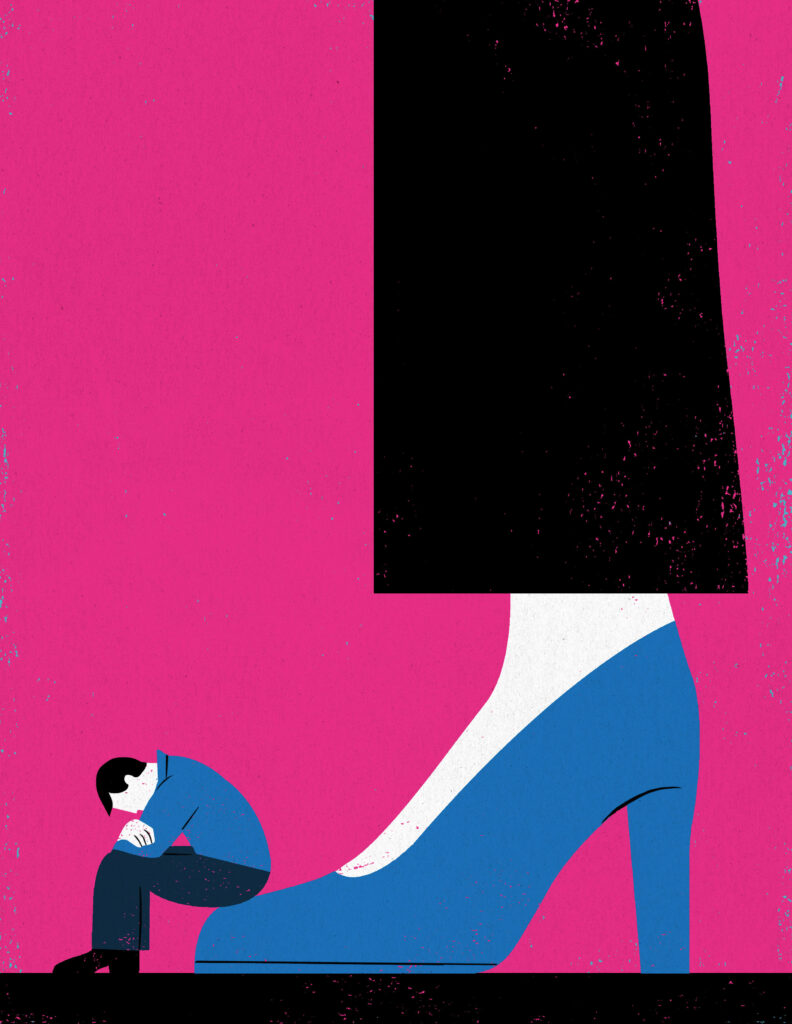 The 2016 presidential election in the United States was largely about masculinity, and the 2020 presidential election is shaping up similarly: Republican President Donald Trump is campaigning for reelection on the basis of appeals to traditionally masculine traits like assertiveness, strength and aggressiveness, even though he’ll be running against a male Democratic candidate.

Since 2014, I’ve been studying the links among threatened masculinity, political preferences and gender roles.

To understand this phenomenon, it’s critical to first understand how gender is different than sex. While sex is generally tied to biology — despite it often being more complicated than it may seem — gender is a social identity. It’s a person’s sense of being masculine or feminine, or a combination of the two. For most people, gender aligns with sex, but that’s not true for everyone. For somewhere between about 10 to 25 percent of Americans, depending on the measurement technique used, sex doesn’t match up well with gender at all.

Gender matters in almost every social situation. And because of that, among men, threats to their perceptions of gender are especially potent. In most societies, masculine identity — or “becoming a man” — is rooted in some sort of ritual testing, like celebrating a bar mitzvah, the male Jewish coming-of-age ceremony. And since masculinity is something that has to be earned, it’s also something that can be lost. Traditional interpretations of masculinity come with a host of behavioral expectations, and when those expectations are violated, men’s gender identities can be called into question. If a man doesn’t do or isn’t doing what he believes men are “supposed to do” — protect and provide for the family, for instance — he’s likely to question his own identity, or feel that others may be questioning it. Because gender is so crucial to the way people understand themselves and others, this sort of tension is hard to ignore.

So what do men do when they feel like their gender identity is being called into question?

"Merely asking heterosexual men about making less money than their wives — not losing their job entirely, or even being in the actual situation — was enough to dramatically shift men’s political preferences."
— Dan Cassino

They find some aspect of masculine behavior that they can match or meet and double down. For instance, in a study I coauthored with Yasemin Besen-Cassino in 2014, we showed that when married heterosexual men start to earn less than their wives, they also start to spend less time on household chores than they would otherwise. Earning less money relative to their wives represents a threat to their gender identity, so they avoid doing the dishes as a way to compensate, to assert masculinity in the face of a threat to their breadwinner status.

Another way a man might assert masculinity is through a social or political statement. Avoiding housework is a display within the household, but espousing certain social and political views can be recognized by a much wider audience, becoming a more powerful and public statement.

In a 2016 study, I used a survey-based experiment to test these effects in the context of the presidential election. In the experiment, men were told (truthfully!) that there are an increasing number of U.S. households in which women earn more than their husbands, and were asked about the situation in their specific household. Half of the respondents were randomly assigned to receive this question before being asked about their preferences in the 2016 presidential election, while the other half only got the relative income question after they had already stated who they planned to support in the election.

Men — but not women — who were asked the relative income question before being asked about presidential preferences were much more likely to support Republican candidate Trump and less likely to support Democratic nominee Hillary Clinton. However, when the choice was between two men — Trump and one-time Democratic contender Bernie Sanders — there was no effect of the relative income question on preferences among men. In this case, merely asking heterosexual men about making less money than their wives — not losing their job entirely, or even being in the actual situation — was enough to dramatically shift men’s political preferences in the race. The statement of political preference — for Trump, over a female candidate — was a compensatory act.

In a separate set of studies, published in 2018, I tracked men who repeatedly responded to political surveys between 2008 and 2012. Men who lost their jobs at some point during that period adopted rather more conservative political views afterward, on issues as varied as government assistance for African-American citizens to abortion rights for women. In general, Americans associate certain issue positions, such as increased defense spending, and even the Republican Party generally, with masculinity, so embracing these ideological positions and Republican candidates can be a way of compensating.

This behavior can go beyond vote choice and issue positions. In a study published in 2019, I showed the link between threats to men’s gender identities and rates of sexual harassment in the workplace. In a study published earlier this year, I showed that increased levels of unemployment among men, relative to women, are associated with more gun sales; and that this effect is exacerbated in areas where guns are already common (and thus work better as a gender signifier).

Men in the U.S. have all sorts of ways to demonstrate their gender identities, and while some, like an increased emphasis on fatherhood and the sharing of parental duties, are probably good for society, others, like increased rates of sexual harassment, are definitively not. The good news is that masculinity has been shown to be enormously adaptable, with men findings ways to rebrand activities once seen as feminine, like cooking or parenting, as masculine, giving them more socially desirable ways to express themselves. At its worst, masculinity can curdle into what’s called “toxic masculinity,” in which men express their gender identities by demeaning or attacking other groups, but this is far from inevitable. In past research, I’ve been able to show that even the worst behaviors associated with expressions of masculinity, like sexual harassment, are subject to change when men get the message that the behaviors are unacceptable. Remember, these behaviors are intended to work as social signals, so when society rejects them as being inappropriate, men have to find new, more palatable and appropriate ways to express themselves. Education, communication and even social pressure, play a big role in changing how men act.

Perhaps most importantly, these issues are only becoming more prominent in our collective social consciousness. Male superiority in the workplace, the economy, the home and even the political arena, is increasingly being called out, challenged and addressed. But this country has a long way to go before we have anything approaching social and economic equality between men and women. Some men absolutely experience women’s progress in these arenas as a threat to their gender identities.

It can be argued that it’s this sort of anxiety that led so many men to embrace the populist politics of President Trump and his promise of a return to older, more traditional and patriarchal social structures. Despite the promises of politicians, though, the social and economic forces that threaten men’s gender identities — decreased opportunities in manufacturing, extraction and other male-oriented jobs, coupled with increased opportunities for women, with a renewed focus on equal treatment in workplaces and society — are only going to become more pronounced factors. The 2016 presidential election had the largest voting gap between men and women ever recorded, especially between white men and women of color. And as long as perceived threats to traditional perceptions of masculinity continue, it’s only going to get bigger in the next election, and in society at large.

Masculinity is also shaping how men respond to the COVID-19 pandemic. A springtime poll from the FDU Poll found that men who placed themselves on the extreme masculine side of a gender identity scale were much less supportive of taking actions to limit the spread of the virus, and more likely to think that the pandemic is overblown.

Seventy-nine percent of respondents nationwide say that it’s okay to require people to wear masks when they’re in enclosed public spaces, but that number drops to 56 percent among men who identify as “completely masculine.” Similarly, 64 percent of Americans say that public bans on large gatherings are acceptable, but that includes just 48 percent of these men. Increased resistance to containment measures makes sense when paired with their perception that the virus isn’t so bad. Sixty-one percent of “completely masculine” men say that the number of COVID-19 deaths reported is being overstated, compared with just 40 percent of Americans overall.

These results partially reflect partisanship. Republican men are more likely to hold these views, and men who identify as completely masculine are more likely to be Republicans. But politics doesn’t explain all of the differences, some of which seem to be driven by a desire to be seen as strong — therefore not afraid of viruses, or anything else. Because of this, these men are less likely to seek out other preventative medical care — only 46 percent of the same men say that they get flu shots every year, compared with 59 percent of men who identify otherwise. 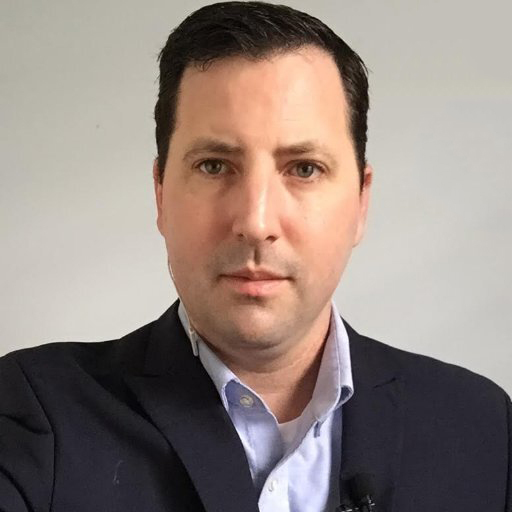 His work on how men’s gender identities impacts their socio-political attitudes and behaviors has been featured in The New York Times, The Washington Post, The Atlantic and other national media outlets.

He is the author or co-author of several books, including his most recent, Fox News and American Politics, and has a top-selling textbook on social science research methodology, soon to be a second edition. In addition to publishing articles for academic journals, he has written about politics, polling and gender for Newsweek and The Harvard Business Review. He also is a frequent commentator on radio and television outlets in New York, N.Y., and in national and international media markets.