Taking a Stab at the Future 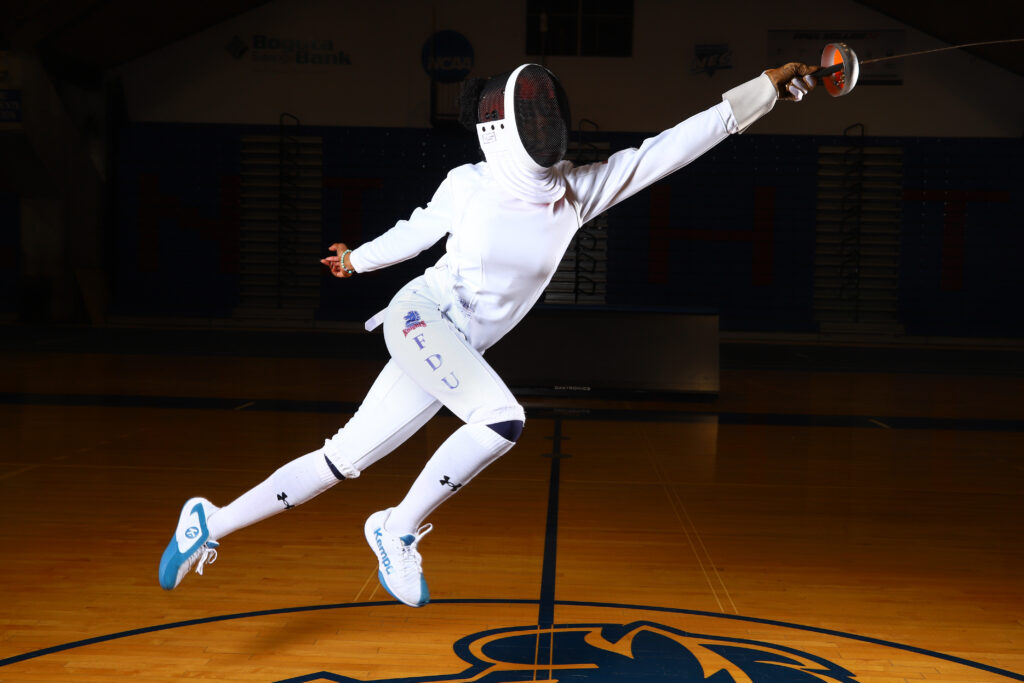 Natalia Toby, BS’20 (Metro), recalls the first moment she held a sword. Initial impression? “It was heavy,” she says with a laugh. “It took me a very long time to grasp all the rules of fencing and to figure out how to win. But I still enjoyed it.” She launched her career at a town summer camp just prior to her freshman year of high school.

“Epee is the hardest of the three weapons, with the most competitors and the fewest number of rules,” says Toby. “It’s the closest you can get to an actual sword fight with someone.” In other words — the only weapon she wanted to take a stab at.

“It takes years to develop an [individual] style,” Toby says. She describes her technique as aggressive and offensive; she’s trained to fence in the French style. “I attack my opponents for every touch. I would say I am very quick, impatient and a go-getter as an opponent. Being an aggressive fencer creates the element of surprise against my opponents.”

While fencing for Fairleigh Dickinson University’s Division I Knights, Toby set her goals high. “I only wanted to qualify for the National Collegiate Athletic Association (NCAA) championship and was shocked that I qualified my freshman year. But, over the years, I am no longer surprised by my accomplishments. I wanted to take it to the highest level, and I did that for three years running.”

Despite her streak, she and all the other competitors had to miss out in 2020. Her senior season ended abruptly because of the COVID-19 threat.

“I think Americans started taking COVID-19 more seriously when sports were suspended. People realized just how much sports were a part of their lives. As a student-athlete, I think most of our lives revolve around our sport, and there is no real transition to this new change, so it’s totally new,” says Toby. “At the end of the day, this thing is bigger than sports — it’s about keeping people safe during a global pandemic.” 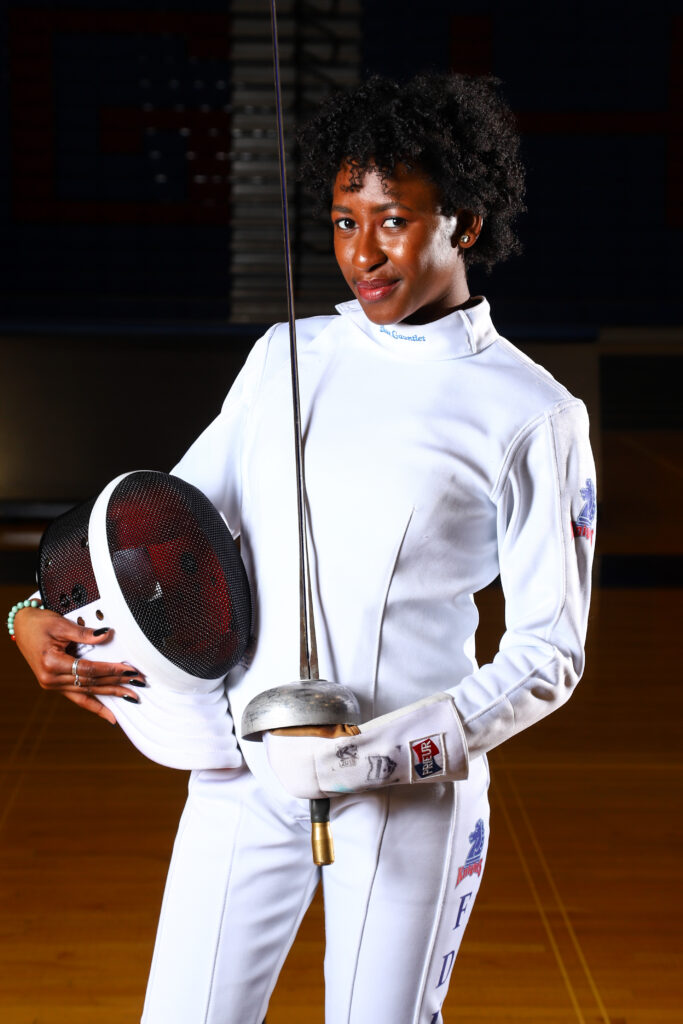 Her advice to other student-athletes is to always have a backup plan. “I think this is a good lesson, reminding us that we are students first and athletes second. But it’s hard to make that adjustment; we are so absorbed in our sports that it’s hard to disconnect. Sometimes we don’t think about life after college until it’s too late.”

As for the future, Toby plans to fence internationally, with her sights set on qualifying for a future Olympic Games. She wants to represent Grenada or Trinidad and Tobago, the native countries of her parents. “I want to move as soon as possible to Paris, France, but I need to find a coach first.” She’s seeking a move to Paris because of her current fencing style, and to put her marketing degree and minor in global and cultural studies to good use. “I have started my own business as a marketing manager for small businesses, Toby Solutions. I need to be able to work anywhere in the world,” she says.

In the meantime, she’ll be fencing and training, with an eye on the 2024 or 2028 Summer Games. Check her out in Paris or Los Angeles, Calif.!

Last summer, in honor of Juneteenth, a holiday commemorating the end of slavery in the United States, Natalia Toby partnered with the Northeast Conference to create a video celebrating the day and Black student-athletes. Toby has been an outspoken voice in the Black Lives Matter movement.

“I don’t think FDU, or any institution, is fully comfortable talking about race,” she says. “That is the first issue. How can you want to change if the topic is seen as taboo? Once we can break down the culture of ‘race is not work appropriate’ we can then move forward in change.”

Toby wants to see changes in the way Black student-athletes are treated. “The best thing that a collegiate athlete can do to support the Black Lives Matter movement is to be a better teammate. Black athletes have been called racial slurs on the court and the field,” she says. Some student-athletes received support from their teammates, while others had to navigate the incidences of racism on their own.

“I know how hard it is to be a Black athlete,” Toby continues. “Once, someone told me that the reason I’m a good fencer is because of the color of my skin, not because of how hard I work, or how passionate I am about the sport. That just scratches the surface of the racist nonsense Black athletes endure, so I just want to say, ‘I see you!’”

Natalia Toby, a two-time All-American, is tied at three for the most times an FDU fencer qualified for the NCAA championships. And, she was the first to do so in consecutive seasons — 2017, 2018 and 2019. She was also a NCAA Regional Finalist all four years.

She fences on the national level for the New York Athletic Club (an Olympic training center), where her team took the national title, earning gold at the 2019 U.S. Summer National championships.