A Crusader for Human Rights and Social Justice 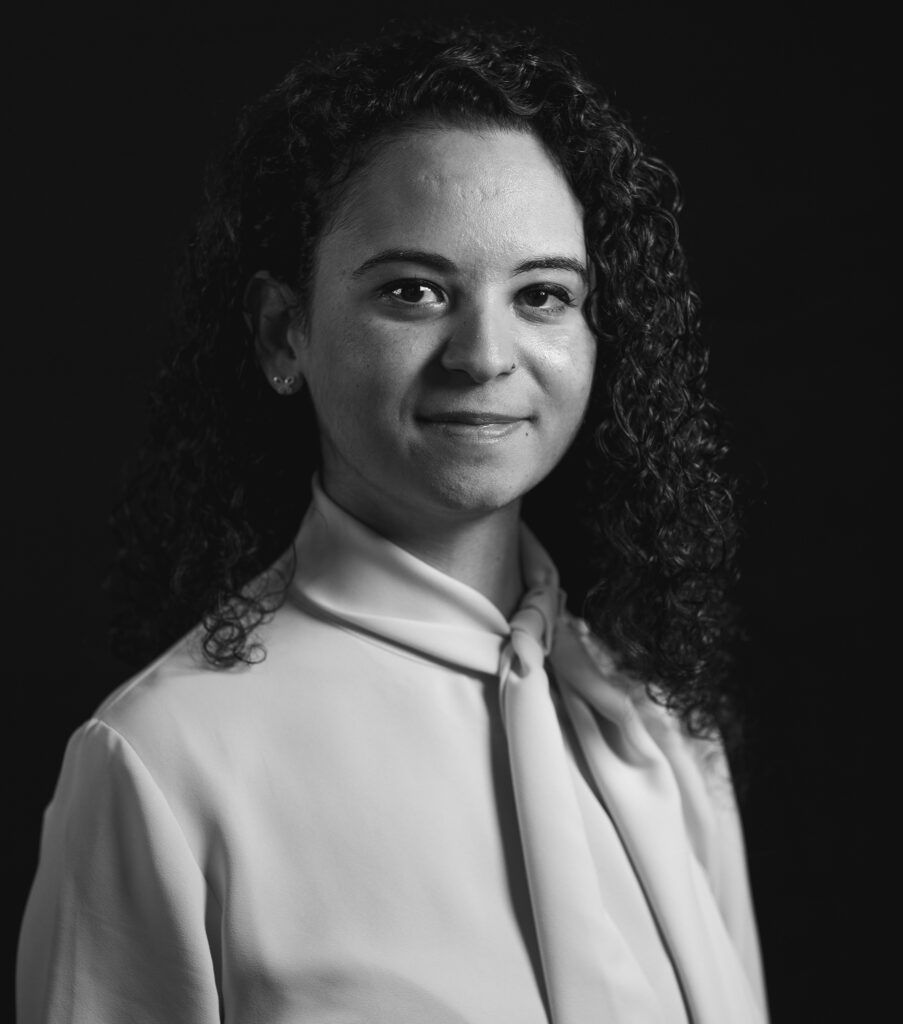 The daughter of immigrant parents from Lebanon, Jamal had her first life-changing moment at 10 years old, on September 11, 2001. “Following the attacks, it was as if there was a conflict between being Middle Eastern and Muslim and being an American. Even though I was young, I knew from my own life experiences that I didn’t need to choose between the two — they’re interrelated and central to my identity.”

Then, during her senior year in high school, as she mulled possible majors and colleges, she also paid close attention to the 2008 presidential election in the United States. “I remember following the debates between then-candidates Barack Obama and John McCain, with a particular interest in how they would approach foreign policy.”

These events, and her growing investment in global affairs, sparked Jamal’s interest in political science, international relations and sociology, eventually leading to her job at the Human Rights Foundation (HRF) as its policy officer.

"As a student in Professor [John] Schiemann’s Comparative Government course in 2009, I remember meeting with him during office hours, and mapping out my four years at FDU. He even recently attended one of the Human Rights Foundation’s Oslo Freedom Forums in New York."
— Malaak Jamal

HRF is a nonpartisan, nonprofit organization that promotes and protects human rights globally, with a focus on closed societies. HRF unites people in the common cause of defending human rights and promoting liberal democracy. They defend, partner with, and give a platform to human rights activists who are boldly changing their communities and countries, connecting activists to industry leaders, and developing modern solutions to combat the worst human rights violations.

“HRF is a natural fit for me, given my personal and academic background,” she says. “FDU and [graduate classes at] Seton Hall University provided me with a solid foundation for the work that is done within the legal and policy team. At HRF, I found that I could take all of the knowledge that I possess and turn it into substantive and impactful work.”

As HRF’s policy officer, Jamal provides policy advice on where the organization should focus its advocacy, impact litigation and research efforts. She also writes, reviews and edits content from a policy perspective, including op-eds, open letters, press releases, social-media campaigns, program materials and other documents.

Jamal also oversees the speaker-selection process for HRF’s annual conference, the Oslo Freedom Forum. Some of the work she is most proud of includes a policy memo and two op-eds she coauthored, which ran in TIME magazine and The Washington Post, covering the topics of human trafficking, Ethiopian leadership, and authoritarianism.

“Knowing that I was able to educate people on the topics of human trafficking and the current political and human rights developments in Ethiopia has been very rewarding.”

She is educating people on the most urgent human-rights issues the world faces through her writing and calls-to-action.

“When I was growing up, I always wanted to make the world a better and freer place by making a positive difference in people’s lives,” Jamal says. “And that is exactly what HRF is all about. It focuses on helping the people in the world who need it the most — people who lack basic fundamental rights — whether it be through its events, programs, research or litigation and advocacy efforts.”

Through The Washington Center, which hosts internships and seminars, Malaak Jamal participated in an international relations program in her senior year, gaining exposure to politics and diplomacy.

Even at a young age, Jamal imagined making the world a freer place and promoting peace. “That eventually triggered my interest in international relations and led me to read up on foreign affairs, especially in the Middle East.”

Lebanese culture is an integral part of Jamal’s life and upbringing. “My brother and I were raised speaking Arabic because my parents wanted us to maintain strong ties with our cultural roots. I listen to Arabic music and watch Lebanese television shows and movies. During the holidays, my mother bakes Lebanese cookie-like desserts called ‘maamoul’ which contain date, walnut or pistachio filling. My family shares them with friends and colleagues.”

The Corona Response, by Regime

COVIDCon explored the interplay between authoritarian regimes and response to the coronavirus pandemic, showcasing the different responses by open and closed societies to the outbreak of the virus.

“Given how recent events have unfolded, especially in times of a public-health crisis, it’s better to have a government that permits an open information environment, rather than one that relies on censorship and a restriction of news and information,” says Malaak Jamal.

Similar to her work with Oslo Freedom Forum (OFF), Jamal was involved with the speaker selection for COVIDCon and in determining the topics discussed during the sessions. “In developing the discussion topics, I collaborated with my colleagues to focus on the most relevant subject areas to cover (for example, censorship and abuse of state of emergency laws) and to determine which countries to concentrate on,” she says.

“Many of the speakers featured during the conference were already a part of the HRF and OFF network, so it was a matter of determining who has been the most actively engaged in conversations about the coronavirus.”

For the full list of speakers and more information about CovidCon visit: https://covidcon.org/.