What’s in Your Dorm?

A Dorm and Desk Deep Dive 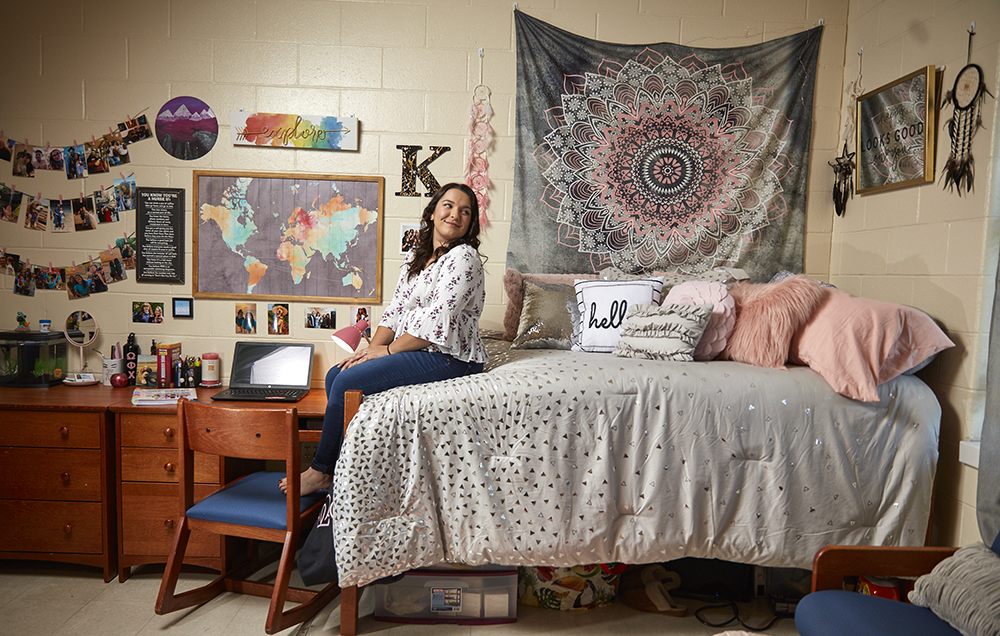 Krystle Henriques lived in a double in Northpointe residence hall on the Metropolitan Campus last year. “I loved the size of the space and the temperature-control option. The room also came with a big desk to write on.” She lived with one of her sorority sisters from the Omega Phi Chi Multicultural Sorority. 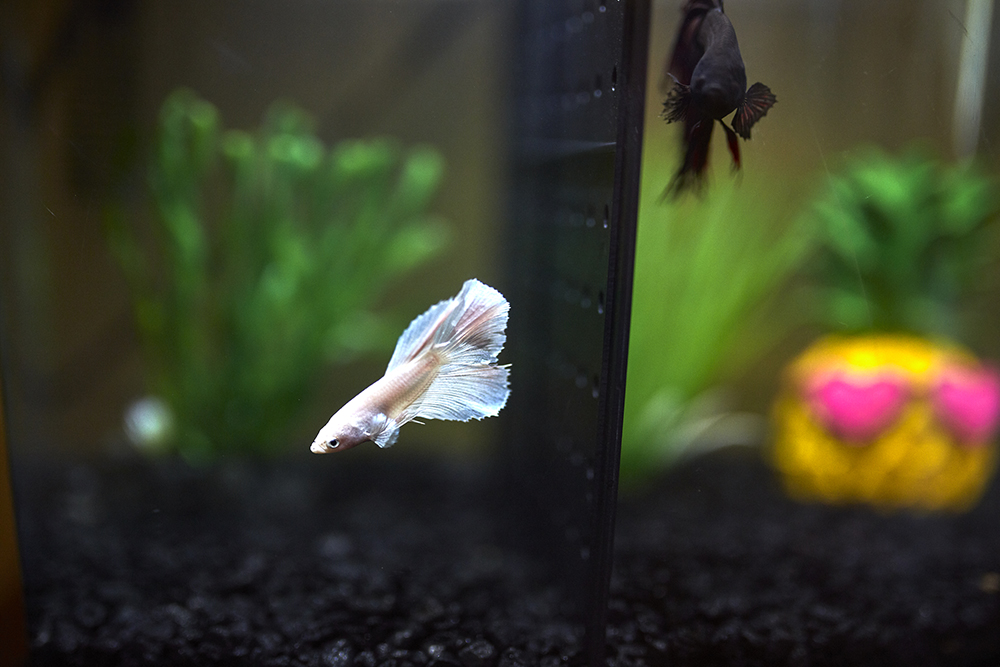 “I have a two-gallon tank with two Betta Fish named Armani and Fendi. I’m an animal lover; at home, I have a dog and a cat. My sister has a bearded dragon [lizard]. Since I can’t bring my dog to campus, fish are the next best thing.”

“The picture strings are so easy to make. Just use yarn. Don’t buy an expensive one with lights! Most of the pictures are of fun things I’ve done with family and friends. I went to New Orleans, La., with my sorority; a lot of family pictures are from summer vacations.”

“I bought my first dream catcher in Topanga, Calif., on a family vacation. It’s woven and traditionally made. To me, they symbolize a safe place away from all of the hardships of classes and work.” 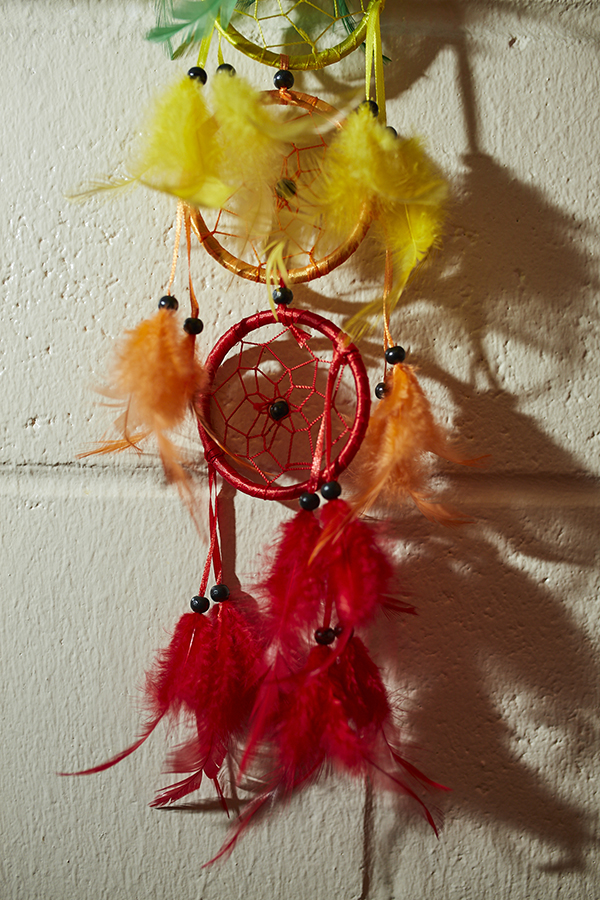 “My mom and I just had to buy a tapestry that matched the bedding. I picked pinks and grays, lighter, happier colors, for my room.”

“Some of the decorative pillows on my bed are just pretty shams with older pillows underneath. You have to reuse stuff! The mattress topper, from Marshalls, is the most comfortable thing in the world. Coupons and Groupon, Walmart and Amazon are your friends when you’re decorating a dorm.”

The nursing major opted to live off-campus, at home in Marlboro, N.J., for the fall 2020 semester as a cost-savings measure. Dream catchers still adorn her walls and the fish are thriving. “I bought a vinyl record player and started collecting albums,” she says. “Also, my bedroom door is covered with pictures of friends and family, just like my photo wall in the dorm.” 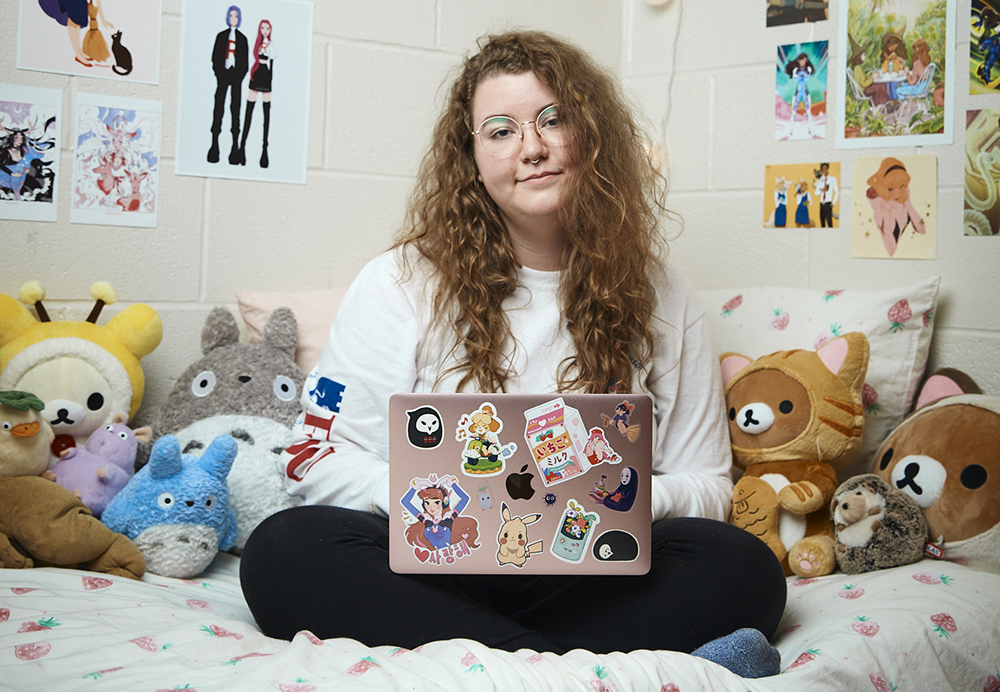 Georgia O’Leary lived alone in the Rutherford residence hall on the Florham Campus last year. “I’m pretty introverted. When I come back to my room after a long day of reading and talking about literature, I’m super happy. It’s the perfect place to decompress and do my own thing.”

“It’s important that my room be comfortable; I spend a lot of time here! It’s a pretty big deal to have the liberty to express myself through my décor.” O’Leary loves Studio Ghibli anime movies, and that’s apparent in her self-described “cute” design theme. “They’re peaceful, coming-of-age movies about girls and often take place in nature. They’re super special to me.” 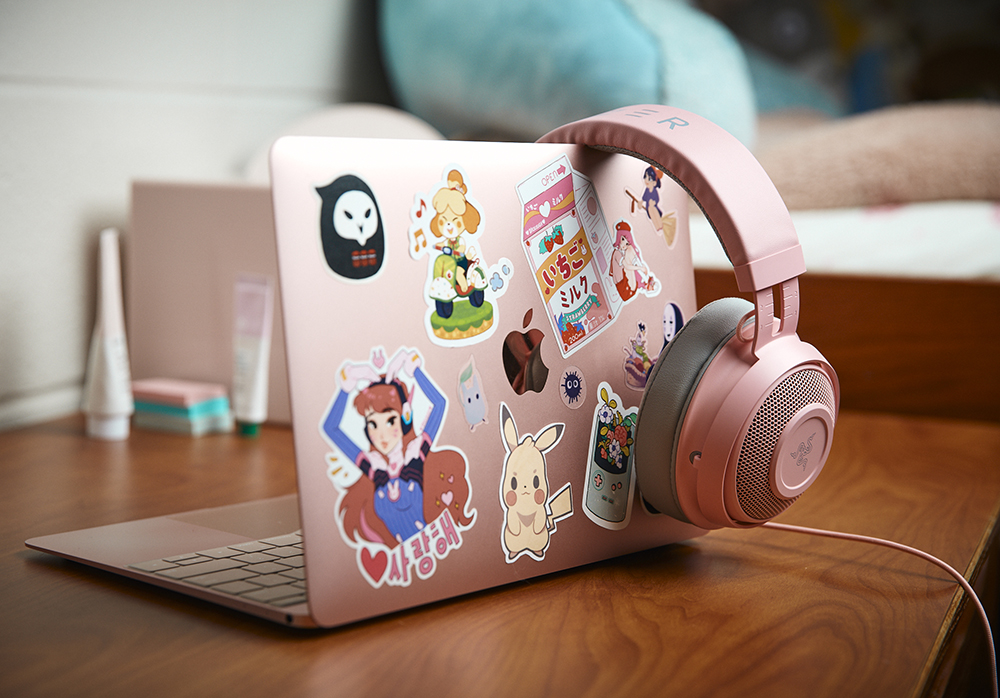 “Most of the art comes directly from artists, many of whom I follow on Twitter. I like supporting small business owners. A lot are by @vickisigh. Her art is so beautiful, and she does some videogame characters. She’s kind and amazing.”

“Some of the stickers are D.va from ‘Overwatch’ — one of my favorite video games.
@vickisigh made that one and the carton. There’s also Isabelle from ‘Animal Crossing,’ Reaper from ‘Overwatch’ and No-Face from ‘Spirited Away.’” 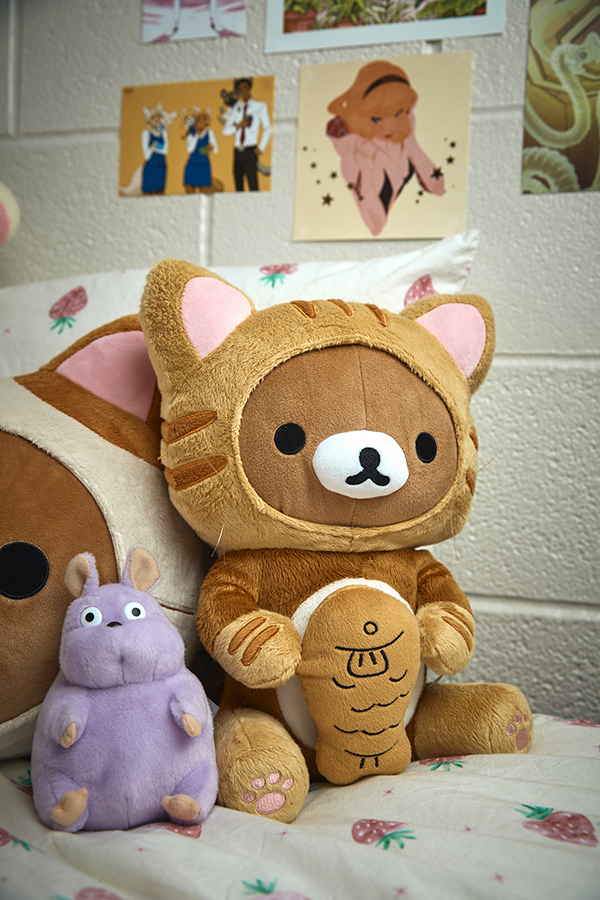 “I like coming back to my room and having my stuffed animal children there waiting for me. On a trip to Boston, Mass., a few years ago, I bought one of the bears in a comic shop. My collection spiraled from there.”

“I bought my strawberry bedsheets on Amazon. Usually, I have an image in my head and try to match that. I just search specific things on Amazon and go to Target.”

The literature major decided to keep living on campus during the pandemic and bopped from Rutherford Hall over to Building 7 in the Village. “Much of the same stuff is in my new dorm room, it’s just rearranged to fit the space. I’m in a double room by myself, so I’ve done my best to make the extra bed and space work for me.” There are not too many new stuffed animals in her collection, she reports, it’s mostly just the same crew from Rutherford!

Home School: Students Share Photos of Their Workspace and Desks 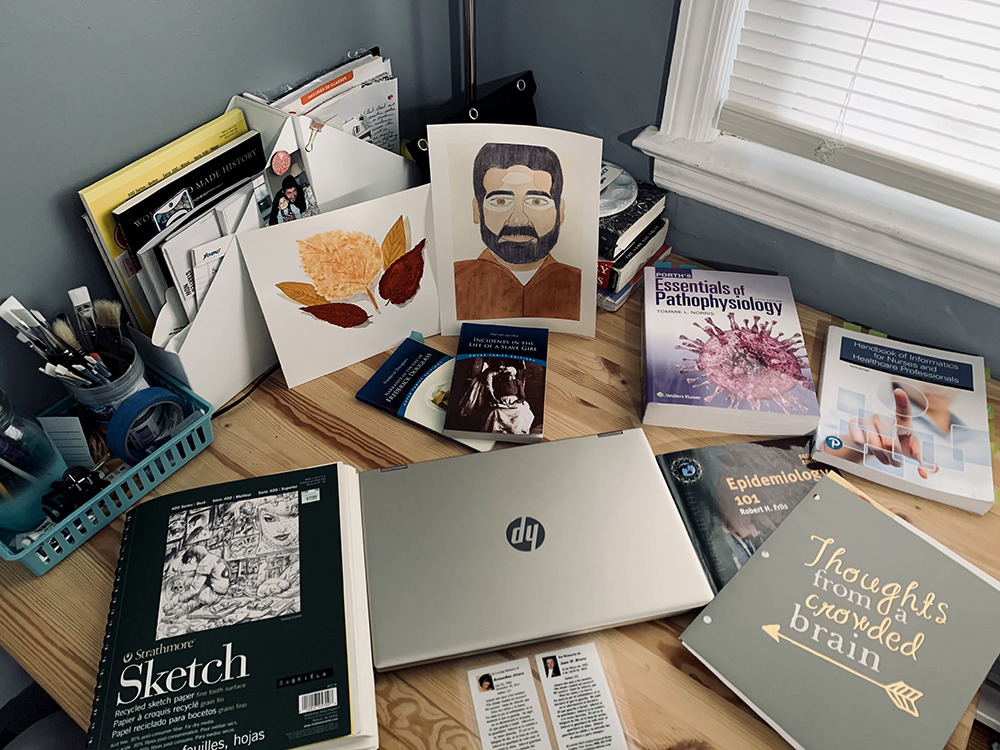 Working and learning from home requires a dedicated space. Four students — Gabriela Castellanos, a senior health studies major at the Metropolitan Campus; Brian Lewis, a junior biology major in the QUEST program at the Florham Campus; Angi Mejia-Valerio, a sophomore psychology major at the Metropolitan Campus; and Christina Chin, a sophomore film and animation major at the Florham Campus — all of whom chose to live at home during the fall semester, show us their study spots. Covered with laptops, art supplies, sticky notes, textbooks and notebooks, each desk reflects the individual.