Alumnus Angel Santiago is NJ’s Teacher of the Year 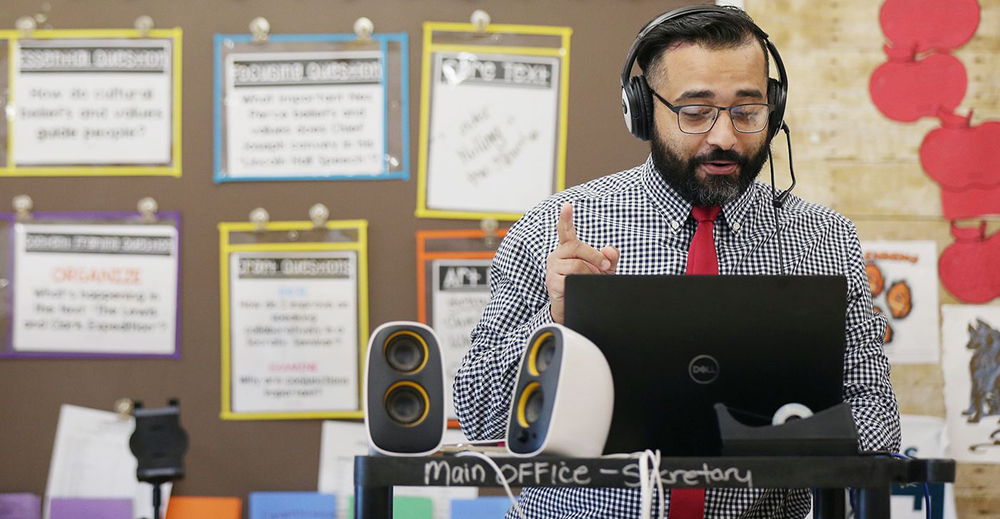 “Teaching fifth grade is awesome because the kids are so inquisitive. They want to learn everything and to know everything. They start to develop their own opinions at this age. It’s a pivotal point. My job is not to tell them where to go, but rather give them a road map so they can get there,” says Angel Santiago, BA‘12, MAT‘12 (Metro). (Photo: Tim Tai/Staff Photographer, The Philadelphia Inquirer)

Empathy and essays — both staples of class with fifth-grade English and language-arts teacher Angel Santiago, the New Jersey Teacher of the Year for 2020–2021.

“The formula for the essay will never change. It’s meaningful, a writing skill they’ll use for the rest of their lives,” says Santiago, BA’12, MAT’12 (Metro). As for empathy, “One thing I want my kids to know — think about yourself, take care of yourself, but consider someone else first. Those are the basic building blocks for being an all-around good human being.”

Before he stepped into a classroom, Santiago used to step onto the stage. He enrolled in FDU’s School of Education after five years touring the country and singing with his band. Music wasn’t forever — he always knew it — teaching was the endgame.

When Santiago attended FDU, he worked full time as a housing inspector in Vineland, N.J., and had his associate degree from Cumberland County College (now Rowan College of South Jersey).

“FDU’s program provided a very rich path to becoming a teacher. So many of the people in my cohort were professionals already — we had the work ethic down and were like-minded individuals,” he says. The structure of the education program matters to Santiago to this day. “We have teachers of color that need to come into this profession or people who are looking for a second career. Accessibility is extremely important.”

He also credits his humanities courses and multiple education faculty members and adjunct professors for making him into “a person of empathy.” He’s formed lasting professional relationships with professors “who were more of facilitators and resources, letting us develop our own point of view in the world.”

Teacher of the Year 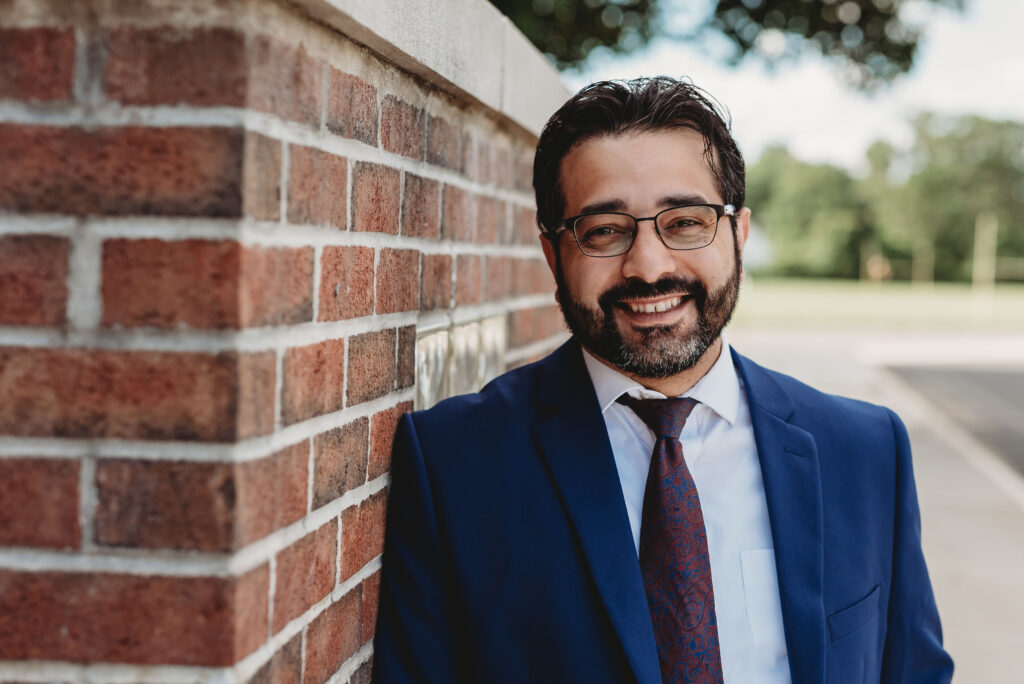 “When people look back on the pandemic, the world should look on teachers as a bright light. We stepped up. We prepared. We learned new tools on the fly, and every day we’ve gotten better at this,” says Angel Santiago, BA‘12, MAT‘12 (Metro).

This is Santiago’s ninth year teaching — his eighth at Loring Flemming Elementary School in Blackwood, N.J. — and the first career accolade he’s received.

Teacher of the Year has several tiers, starting at a school and district level, followed by county and finally, state.

“Let me tell you — it is a testament to my County Teacher of the Year cohort — any one of those other 20 teachers could’ve been New Jersey Teacher of the Year. They are highly decorated, highly motivated, they’re great educators with important platforms, and more importantly, they’re just awesome people,” he says.

Santiago found out that he won Teacher of the Year on a Zoom call with his students and immediately asked the interim commissioner for the New Jersey Department of Education if he could hang up and call his mom to tell her the news.

“It’s nice to actually be recognized for all the hard work you do with the kids, and it’s nice to be in a position to be a megaphone to amplify the hard work that thousands of teachers are doing throughout the state,” says Santiago.

As a third-generation Puerto Rican, and as a male teacher in a female-dominated field, especially at the elementary level, Santiago knows the power of representation, retention, equality and equity in the classroom.

“Fifty-six percent of the students in New Jersey are students of color. Only 16 percent of teachers are teachers of color,” Santiago says, quoting data collected by the New Jersey Department of Education and analyzed by NJ Spotlight.

“It’s a surprising statistic. I can only imagine those numbers dwindle when it comes to men of color,” he says. “It’s extremely important for all students to have people who look like them leading their classrooms.”

As conversations about unrest and injustice continue, Santiago is thinking about the state of things more and more. “Obviously, there’s a large population who’s underrepresented in all different aspects of public service, not just in education. We’re talking police forces and in the government, too. It’s a multifaceted problem, stemming in some cases from social economics. Cost and testing standards can create barriers in recruitment and retention.”

During his six-month sabbatical, a Teacher of the Year perk, he’s working with the state Department of Education, and will focus on recruitment and retention of educators, in part.

A World of Change

“I can change the world every year — 25 kids, 50 kids at a time. Then there’s the residual effect when they go out into the world and positively affect the people they come into contact with. One of the greatest things about education is that teachers get to influence, to mold, to facilitate and to create paths for their kids,” Santiago says. “That is empowering. Every day I wake up, and I want to get to school. And not every day is a great day, but every day is one that I look forward to.”