A Voice for the Greater Good 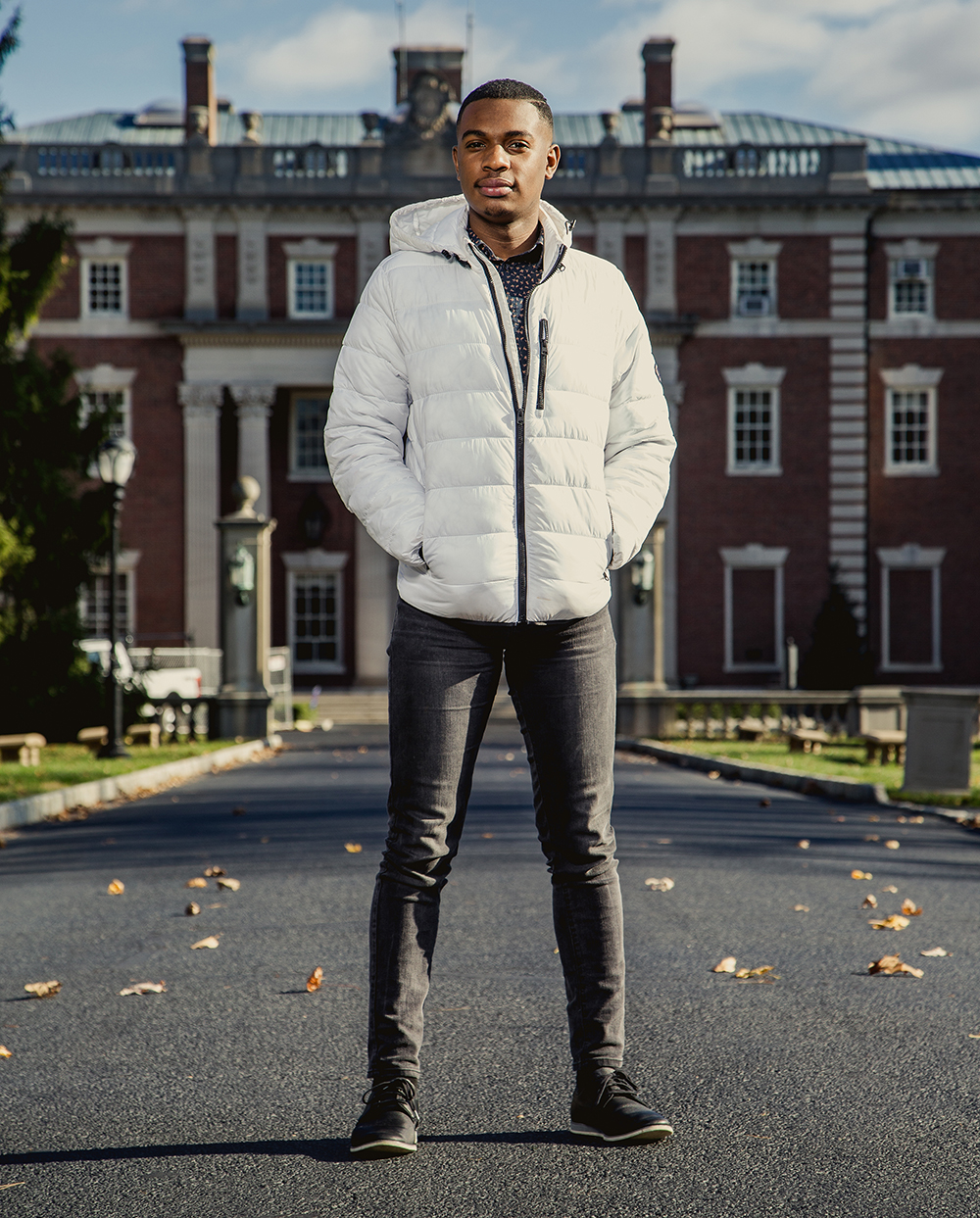 In a world where the cacophony of noises can be deafening, the smallest voices are often drowned out or ignored. But Shytail Clay, a sophomore from West Virginia majoring in government and law at the Florham Campus, is determined not to let that happen. “I’ve always been eager to represent the people and fight for what they deserve and need,” he says.

As vice president of academic affairs of the Florham Campus Student Government Association (SGA), Clay is doing just that. Elected as a freshman, he has consistently championed student needs — from supporting the pass/fail grading system to finding better ways for faculty to teach their classes online during the pandemic.

Clay says that listening to students is a priority because that is the best way to represent them and their needs.

“I’ve organized twice-monthly SGA meetings where everyone can attend, so I can get a better understanding of how students feel and what their experiences are,” he says. “This ensures that when I meet with the campus executive and deans, it is not just my ideas and concerns that are being brought to the table but those of the students.”

As a member of the Maxwell Becton College of Arts and Sciences diversity and inclusion committee — alongside faculty, staff and students — he has championed an idea popular with both students and faculty — incorporating diversity into the curriculum.

“When professors introduce content by people of color, it makes me more excited to participate and to learn more,” he says.

Clay is also on the Dean’s Council, where he heads the marketing and dining services subcommittees.

Consistently advocating for the Florham Campus student community can be overwhelming, but Clay has not allowed himself to suffer under the pressure. “My grandfather, Walter, taught me to choose my battles and focus on what’s important,” he says. Knowing that he alone cannot help everyone, Clay values working with others. “It helps to have a team, and delegating tasks can help you take on greater responsibilities and help more people,” he adds.

Outside of FDU, Clay is involved with the Coda Mountain Academy, which supports and empowers young students and their families through unique educational opportunities, and Energy Express, a summer program for children. “Coda has been a large part of my life since I was in eighth grade,” he says. He now manages Coda’s sites in Montgomery and Oak Hill, West Va., which serve more than 300 free meals daily.

As part of Coda Talk, he also speaks to the children about responsibility and civic engagement. “At Energy Express, we work on children’s reading skills, do art activities, play games and host music and acting classes,” he adds.

Clay believes that every single person can make a difference by using their voice to speak their mind and to speak up for others.

“It’s important to realize the enormity of the power you hold in the words you speak,” he says. “The important thing is to never let your voice be silenced and to always stand up for what’s right.”

“After college, I plan to go to law school and practice law as a prosecutor or defense attorney. I want to run for governor, then senator and eventually president of the United States.”

“I play the trumpet, French horn and marimba” [a percussion instrument similar to a xylophone].