Making a Name for Himself

Fairleigh S. Dickinson Is Known for His Company and a College 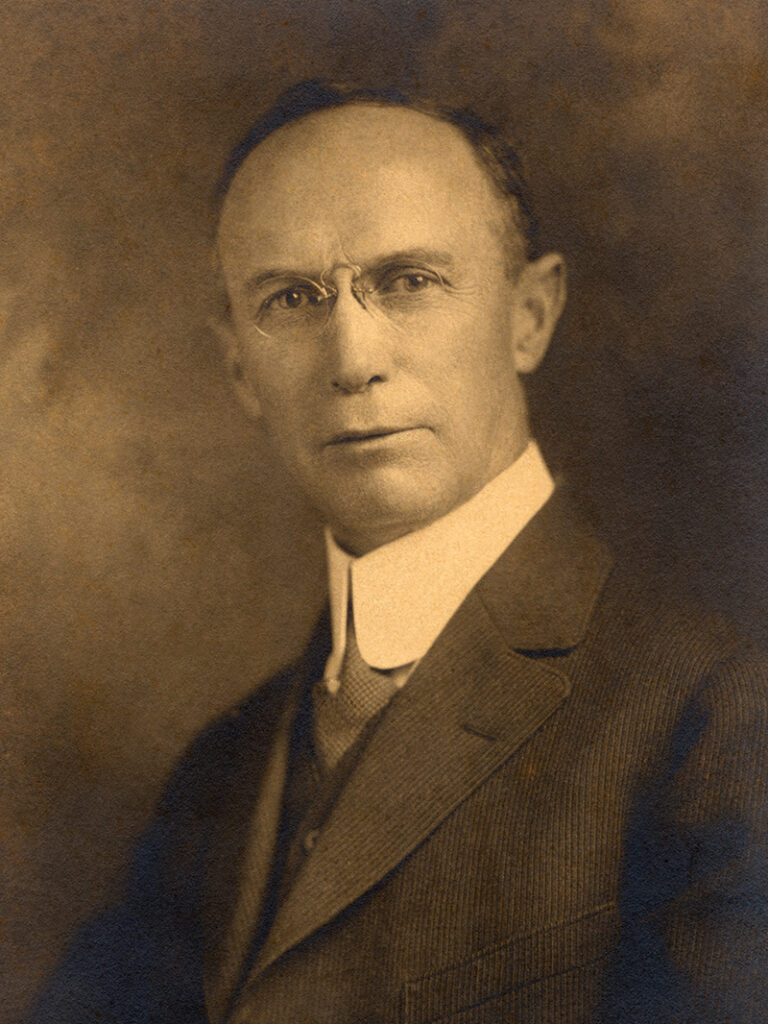 A North Carolina sailor turned North Jersey industrialist, Fairleigh S. Dickinson has a name known throughout Bergen County and beyond.

Even today, his résumé holds up: colonel in the U.S. Armed Forces, the key benefactor for New Jersey’s largest private university, and the co-founder of BD, a medical supply company that ranks No. 187 on the Fortune 500.

Ann Dickinson was a year old when Dickinson, her grandfather, died. From family lore, she describes a disciplined and demanding man who turned hobbies into outlets for his driven personality.

He didn’t just own French bulldogs, he showed them.

“I see him as a competitive guy who had something to prove,” she says.

Dickinson was born in 1866 in Core Creek, N.C. He left at about 14, roughly ﬁve years after his father’s death, to set off on his own, says Ann Dickinson. Finding employ as a mate on a merchant ship, Dickinson sailed up and down the East Coast, where he eyed the New York metro area, says Richard Kushnier, once BD’s informal company historian. There, Dickinson took a day job at the massive Singer Sewing Machine Co. factory in Elizabeth, N.J., absorbed himself in mechanical engineering and attended high school at night.

By his late 20s, Dickinson had become a top salesman for Baker Paper Company of Saugerties, N.Y., Kushnier says. But his big break would come in 1896, when he met his BD co-founder, Maxwell Becton.

Both were on extended sales trips — Becton for his Massachusetts-based medical supply business and Dickinson for Baker Paper’s New York City ofﬁce — when they ended up in the same train station in Texarkana, Texas.

Becton, the more affable of what Kushnier describes as an “odd couple,” adjusted the blinds in the station’s dining area to help Dickinson read the morning newspaper. To return the favor, Dickinson invited Becton to join him for breakfast. The two North Carolina natives, who shared August 22 as a birthday, became fast friends and traveled together to San Francisco.

Along the way, Dickinson couldn’t help but notice the portability and popularity of Becton’s medical supplies.

Dickinson wanted in. However, Becton’s partner didn’t want Dickinson involved. So, Becton bought him out and teamed with Dickinson.

“One might say that they were destined to meet and partner,” Kushnier says. “As individuals, they may not have succeeded to the degree they did.”

Becton and Dickinson opened Becton, Dickinson & Co. in September 1897, splitting the $8,000 investment. They sold glass syringes for $2.50 a pop out of the third ﬂoor of a six-story building on Vesey Street in Manhattan.

After a decade of sourcing supplies, Becton and Dickinson opened their own factory on Cornelia Street in East Rutherford, N.J., to churn out blown-glass thermometer tubes and syringes. Since the late 1980s, BD has been headquartered at a sprawling modern campus in Franklin Lakes, N.J.

“Dickinson was a force to be reckoned with on the manufacturing ﬂoor,” says Kushnier. “He made sure that efﬁciency was the order of the day.” The company’s early days brought struggles, says Kushnier, but its wares eventually caught on. BD became a military supplier during the Spanish-American War and solidiﬁed that relationship during World War I, when the U.S. Army Reserve inducted Dickinson as a lieutenant colonel. The move effectively created a pipeline for Dickinson’s company to feed the Army Medical Corps with surgical supplies.

Dickinson later gained the full rank of colonel, a spot on the War Department’s business council and the title of Chairman for the Medical and Surgical Committees of the Army and the Navy during World War II. 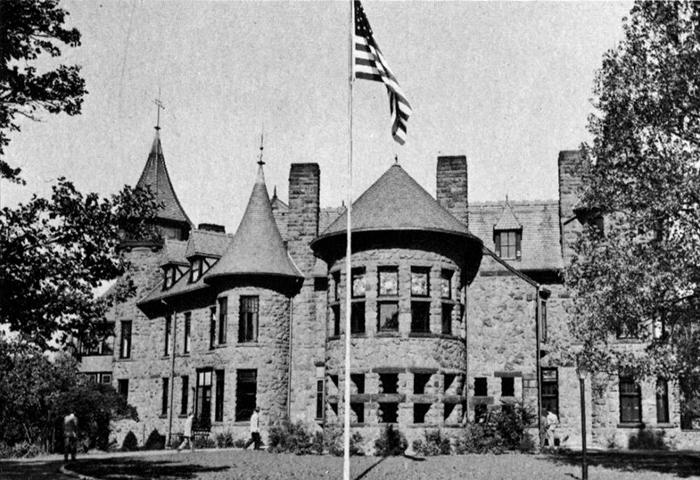 In 1942, Dickinson put his name and his fortune to work in an endowment fund for a new junior college.

Founded by Columbia University Teachers College innovator Peter Sammartino and his wife, Sylvia Sammartino, the two-year career college was backed by 16 local high school principals and other education-minded citizens who wrote letters to help raise money for it. It was designed for those seeking jobs in ﬁelds such as accounting, business administration and industrial management.

Dickinson’s $30,000 outlay matched that put up by Sammartino and family. So, the founding board chose to name the school after the colonel. There was already a Dickinson College in Pennsylvania named after founding father John Dickinson. The group sought to use Dickinson’s full name instead.

“We had practically to bludgeon the Colonel into accepting the idea,” Sammartino wrote in his autobiography, Of Castles and Colleges. “But once the legal papers went through, he took quiet pride in having his name associated with the small but interesting educational development.”

First based at Iviswold Castle — a turreted brownstone previously owned by the Rutherford National Bank — of which Dickinson became president in 1927 — Fairleigh Dickinson College opened with 153 students. The colonel added his personal touch to the décor by picking out shelving, desks and other items; he also sent BD employees to help deliver and install them.

The college became a four-year school in 1948. It gained university status in 1956. FDU has since moved to campuses in Bergen and Morris counties as well as Canada and the United Kingdom. The school sold the castle in 1997. That structure now stands restored as part of Felician College.

Consumed by his company and other pursuits, Dickinson didn’t marry until 1916, at the age of 50. His son with Grace Bancroft Smith, Fairleigh S. Dickinson Jr., would go on to run his father’s company and serve as a New Jersey state senator.

Dickinson died in June 1948 at 84 in his stately home at the corner of Ridge Road and East Pierrepont Avenue in Rutherford. Today, the home is considered the anchor of the neighborhood — the same neighborhood where Pulitzer Prize-winning poet and Ann Dickinson’s pediatrician, William Carlos Williams, also lived — according to Rod Leith, the Rutherford historian.

Dickinson was interred at Hillside Cemetery in Lyndhurst, N.J., which also holds Becton and Williams.

This story was first published in the January 2021 issue of (201) Magazine. It appears now in FDU Magazine courtesy of © (201) Magazine — USA TODAY NETWORK.

The Life and Legacy of Fairleigh S. Dickinson