SALT of the Earth 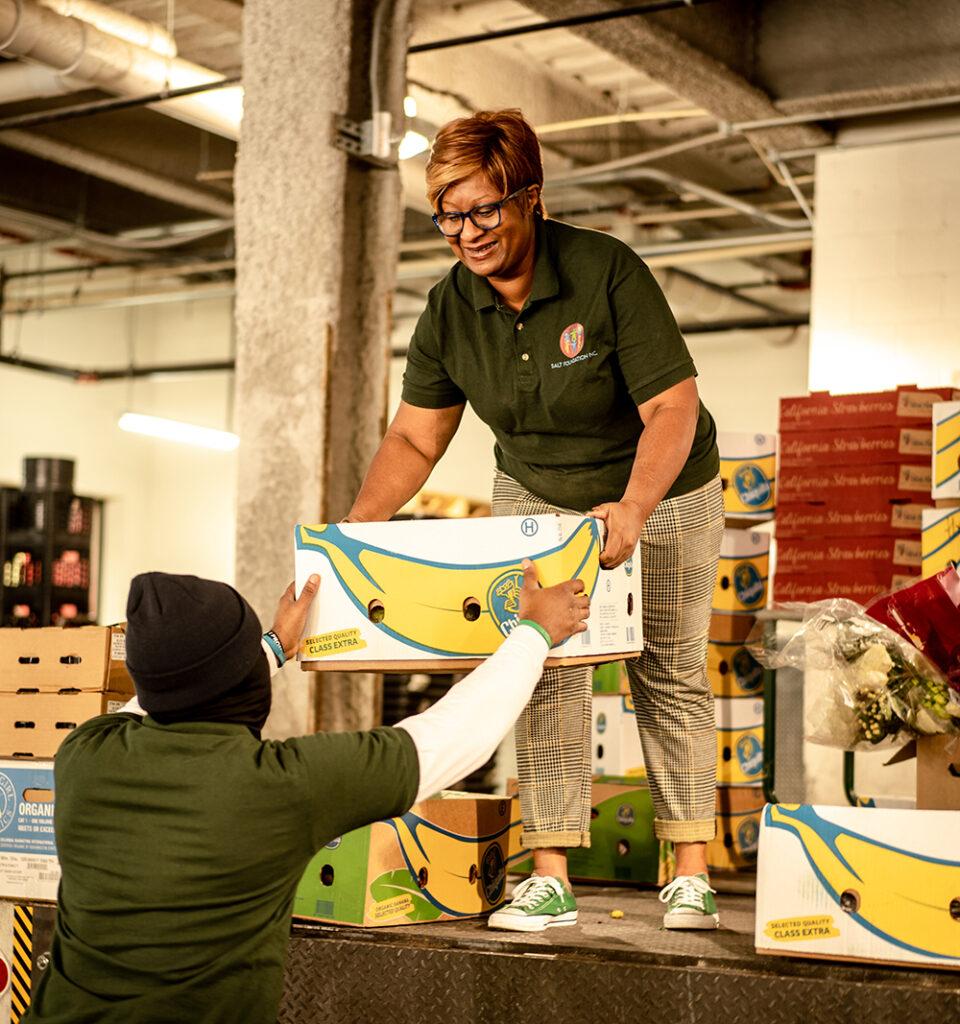 The daughter of immigrants from Antigua, Wheeler served in the U.S. Navy — from 1987 through 1990 — learning “to value family and community, and how these relationships work together to sustain our quality of life. It helped me realize all that I could accomplish,” she says.

After the Navy, Wheeler devoted herself to motherhood and then to academics. She earned her bachelor’s degree in political science in 1998, a Master of Administrative Science degree in 2001 and a Master of Arts in Teaching in 2013, all from FDU.

Now, she teaches third grade in the Trenton school system.

“Many of my students come in without having breakfast, and sometimes they need lunch. I began to make sure I had something healthy, outside of my own lunch, like a banana or a snack to give out in case someone needed breakfast,” Wheeler says.

“As a community, it is our responsibility to make sure that children are safe and that their most basic needs are met — like having something to eat and a place to lay their head and feel secure every day and night.”

Holding those words close to her heart, Wheeler volunteered with her church for 10 years, picking up and distributing food donations. “The more I saw, the more I was blown away by just how much food would otherwise be wasted — roughly one-third of the food that is produced. Meanwhile, kids and families are going hungry all of the time,” she says.

And then Wheeler took her community service a step further in 2018 when she started the SALT Foundation — named for the ingredient famously used to season and to preserve food. “I especially appreciated all that I learned from my MAS degree as I decided to launch SALT.”

Family and friends were the first volunteers. Her first food distribution — held in 2020 during the beginning of the COVID-19 pandemic — was a drive-up event. “We were about a month into isolation, and I had to find a way to distribute the food while maintaining social distancing.” So, she got permission to use her church parking lot as a drive-up zone, and volunteers wearing masks placed bags of groceries in car trunks. She publicized the event on social media, and people flowed in for the opportunity to feed their families.

“Their reactions were so touching, and I teared up so many times that day,” she recalls. “I was asked that same week to do two more events in the same location.”

The foundation has expanded to serve multiple New Jersey counties, all of which face significant food needs. “We’ve done more than a dozen drive-through food distributions in Hudson, Middlesex, Mercer and Ocean counties. We have partnered with churches, municipal agencies, cultural centers, hospitals, schools, restaurants, fraternities and sororities,” she says.

The foundation partnered with Trader Joe’s and Wegmans food stores, which have dedicated community-sharing programs. “Their generosity has truly been inspiring — both companies, as well as their individual staff — really go out of their way to help us bring the extra food to those who need it most.”

It’s been an extremely difficult time for food-insecure families and children. “Many communities have been particularly hard hit by COVID-19 and the ensuing economic downturn. Those who fall through the cracks in social safety nets exacerbate this burden,” Wheeler says. “In many cases, language and cultural barriers have prevented families and the elderly from being fully reached by larger community food banks and social programs.”

And so Wheeler is planning for the future, to maximize SALT’s community reach. The foundation is seeking a permanent food-storage spot with industrial refrigeration and also a van, or other sizable vehicle, for picking up the food. Individual donors can support SALT by sending monetary donations or by becoming a volunteer.

With close to 40 volunteers now, including Wheeler’s husband and children, SALT has positioned itself as a major food and community resource. “I estimate that I have collected and delivered more than 120,000 pounds of fruit, vegetables, grains and other foods.”

Wheeler served as a petty officer third class storekeeper on the U.S.S. Gompers.

“It takes a village to raise a child.”

“We have a crazy new golden doodle puppy, Luna. No matter how tough a day might be, it’s amazing how the pure love of a puppy can make everything just right,” Wheeler says.