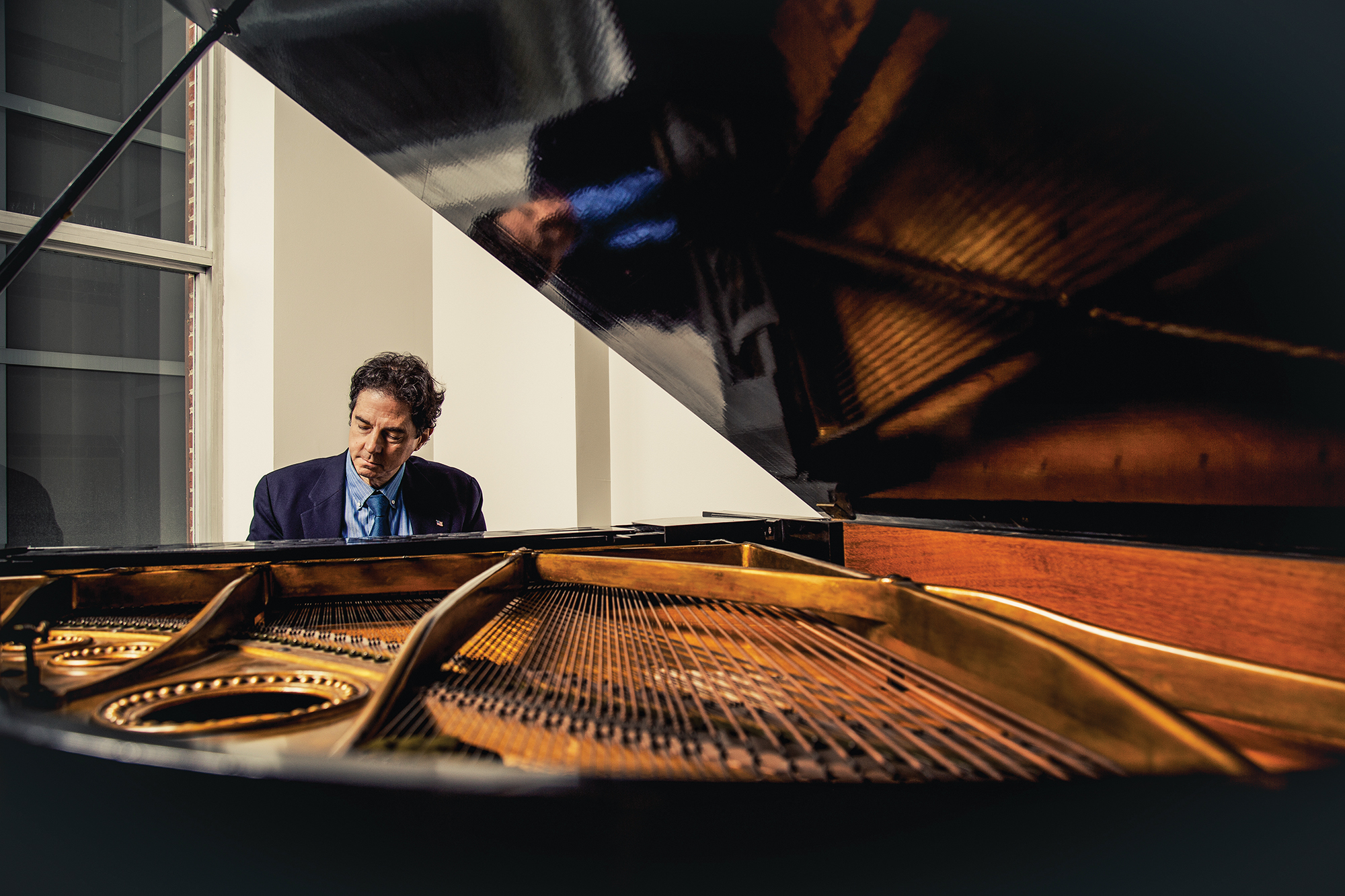 ”Follow your bliss, but also learn as much as you can about everything,” advises Allen Cohen, professor of music in the School of the Arts on the Florham Campus. Cohen, a seasoned musician, composer, conductor, author and speaker, brings a wide array of musical knowledge to his students from his personal and professional experiences.

Before joining the FDU faculty in 2002, Cohen played piano in the vast orchestra pits of New York City, beginning with off-off Broadway productions, before landing gigs off-Broadway and eventually on Broadway, where he also conducted.

In the classroom, he takes his students on a deep dive into the world of music, composition, history and theater. He develops courses based on his knowledge and passions. In his newest class ”History of the Musical” students learn not only the vast history of musical theater, but also about firsthand experiences.

Beyond teaching, he arranges the music for University theater productions, the chamber choir, the band and the chorus. ”I’ve done several arrangements of folk songs that the chorus has performed, and I’ve actually written a couple of original songs over the years that they have performed.”

Cohen typically selects folk or pop songs written for different vocal arrangements and arranges them for the students.

While he enjoyed working in musical theater, he ultimately chose to pursue a life of composing and teaching. After nearly 15 years in musical theater, Cohen decided to go back to school. “I got a master’s and then a doctorate. I enjoyed it [Broadway], but I wasn’t getting enough satisfaction, and what I missed was composing my own music.”

His compositions have traveled the globe and been performed in esteemed venues including Carnegie Hall in New York City. “Sometimes I get a melody in a dream. I’m so busy teaching that a lot of my ideas come when I go jogging.” Cohen typically jogs three times a week. “I’m running outdoors, and it’s beautiful, and I’m just completely at peace. Immediately my mind starts coming up with all sorts of ideas.”

He also works as a commissioned composer for individual performers or groups, creating works just for them. “I find out as much as I can, looking for things we have in common. That inspires what kind of a piece it might be, what it would sound like, and what kind of a feeling it would have.”

A brainstorm might hit in the car, and he’ll jot down thoughts on little notepads he keeps close by. “Sometimes I get the time to sit down and work them out — I just think about them all the time. A lot of times when composers are talking to you, in the back of their mind they’re thinking about a piece.”

Once an idea is more fully formed, Cohen will often sketch an outline of the music with pencil and paper before using a computer program called Finale to create a full, finished version of the piece. “If I’m stuck someplace where I don’t have a computer, then I’ll write it in pencil, but otherwise I throw most of it onto the computer as quickly as I can.”

This program provides him with the functionality to save multiple versions of a composition and easily adjust the arrangement. “I work slowly and try out many different options. Once I’ve got something set, I put it down, it’s there, and I can move on to the next thing, and it makes me feel good.”

Cohen trained for many years in tai chi and is a certified instructor. “It’s not only a martial art — when you practice in slow motion it’s good for balance and for calm — like a moving meditation.”

He has played in the orchestra pits for Broadway shows including “Fiddler on the Roof,” “A Chorus Line,” “The King and I,” “Joseph and the Technicolor Dreamcoat” and “Little Shop of Horrors.”

Check out those film credits for music — Cohen has composed for several independent films and television commercials.