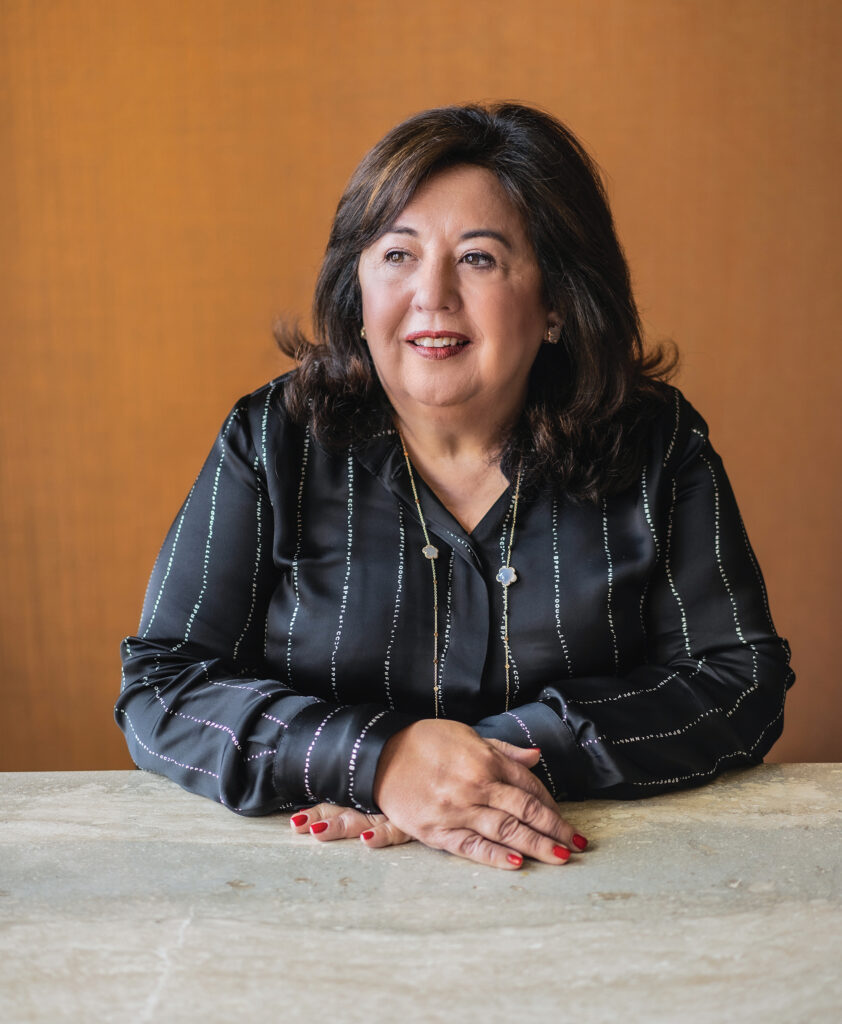 As a six-year-old, Maroa Velez, BS’77 (Ruth), was thrust into a world far-removed from the one she knew.

“When we came to the U.S. from Cuba, we were forced to leave everything behind,” she remembers. “The militia came and took away every spoon, fork, dish and pillow our family owned.” In an instant, she learned to place a premium on education and identity. “Material possessions can be taken away from you, but no one can take away who you are or what you know.”

This mindset provided a framework for how Velez has navigated her life — from learning to speak English to building a successful Wall Street career. And FDU provided her with a strong foundation. “Professors opened my eyes to a career in accounting,” she says. “When the Big 8 [accounting firms] came on campus to recruit, my path was forged.”

Since 2008, Velez has been a partner at Brown Brothers Harriman (BBH), the largest and oldest private bank in the United States, where she headed service delivery with global responsibility for client service and operations before her retirement in 2020. She also previously led BBH’s audit and controller teams. “I’m proud that I never gave in to the invisible but real barriers to success,” she says. “I’ve spent more than 43 years in rooms where I was the only woman and the only Latino at the table.”

Earning that seat did not come easy.

“It was imperative that my organization, leadership and communication skills were up to par in this highly competitive environment,” she says, of her role as a junior auditor in Haskins & Sells (now part of Deloitte), one of her first jobs. “I learned to adapt my style, dress and language to fit in, but also evolved my voice to be heard because of the value of my message.”

As cochair of the Global Inclusion Council at BBH, she supervises aspects of the company’s diversity and inclusion initiatives. “An inclusive culture is essential to how comfortable a person feels contributing their best ideas and energy to an organization,” she says. “It drives the retention of talent, improves the exchange of new ideas and the evolution of innovation.”

She is intent on creating pathways to ensure that employees can succeed in the corporate world, no matter their gender or color.

“One of the great privileges of being a leader is supporting women and young professionals,” she says.

As a member of FDU’s Silberman College of Business Board of Advisers, she encourages students to remain intellectually curious and to commit to excellence without sacrificing their own identities. “I long for the time when our efforts will ensure that people can come to work and contribute through their authentic selves. This is the future that will drive business and social results.”

“My parents showed us what courage, grit, determination, integrity and love meant. Leaving their families behind, they came to the U.S. in their mid-30s with two young children, a change of clothes and $10.”

“I’m part of BBH’s board/committees and will continue to lead its diversity and culture initiatives. I will indulge my passion for travel, spend more time with my family and support favorite charities.”

“‘Hamilton’ is really special — the beautiful music, fantastic acting and incredible storyline. I love that the audience is young and old and very diverse!”