Taking a Swing at Hunger 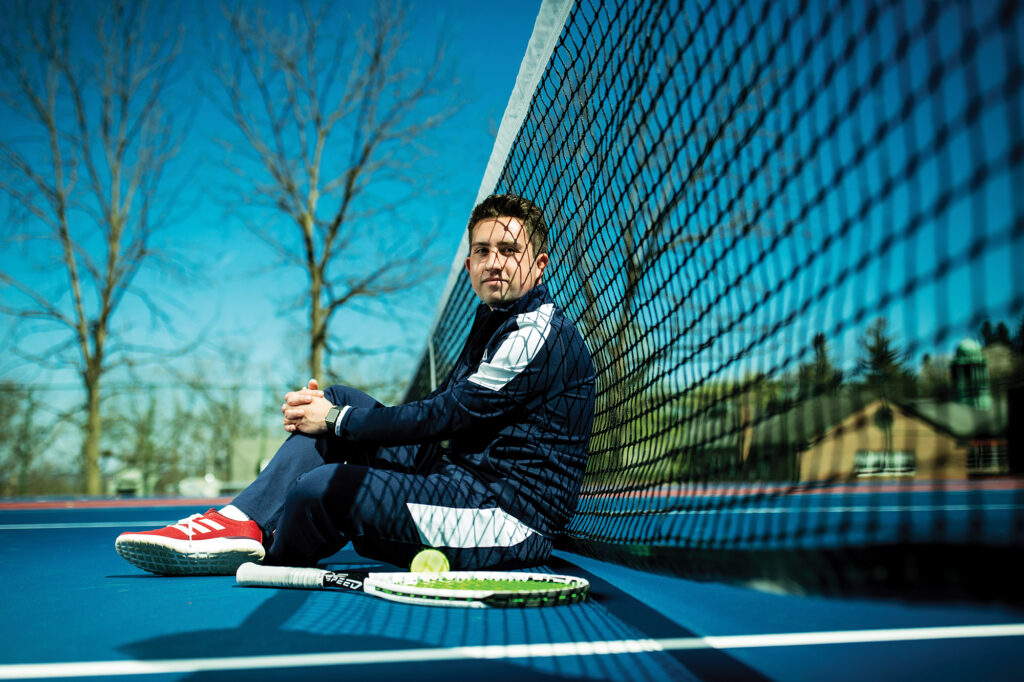 Senior hotel and restaurant management major CJ Milano spends many hours each week working at the Devils Care Food Pantry and playing on the tennis court.

One of the founding members of the pantry and its current president, Milano conducted research in a freshman writing course to determine the need for a campus pantry. He deeply believes in destigmatizing hunger.

“I’m a hospitality student and have a culinary background. Food has always been important to me. I hate the idea of anyone facing food insecurity,” says Milano.

Some of the pantry’s top items include macaroni and cheese, cereal, condensed milk, pasta sauce, hygiene or household products like toothbrushes and laundry pods — and of course — instant ramen.

If he’s not at the pantry or in class, he’s on the tennis court.

He didn’t come to FDU expecting to a play a sport — he didn’t in high school — but was convinced to join the team by some classmates. Milano, a certified pickleball pro (pickleball is a paddleball sport combining elements of badminton, table tennis and tennis), thought: “Why not?”

He met with Head Tennis Coach Tom Battaglia, showed up to the first practice and joined the team the spring semester of his freshman year. “All the guys and the girls took me in like one of their own, and made me part of the family.”

Over the years, Milano worked his way up to the rank of co-captain. “We just have so much fun, and we’ve really made tennis into a team sport. So many people just look at tennis as an individual activity, but we’re always there supporting anyone and everyone in the lineup, no matter the spot. That’s our goal.”

“I’m a hospitality student and have a culinary background. Food has always been important to me. I hate the idea of anyone facing food insecurity.” — CJ MILANO

His mission at the Devils Care Food Pantry hinges on support, too. The pantry closed temporarily when classes went remote, but the team is back to promoting it to the FDU community on social media and on the Campus Bubble platform.

“The look on the faces of our first customers when we opened the room, and they saw the food is the reason why we do it all. It’s to help those truly in need,” he says.

Recently, the pantry distributed reusable shopping bags on campus. Milano hopes that when people see other people with the bag, that it increases the visibility of the Devils Care Food Pantry and reduces the social stigma. “Every single student who lives on campus received one, and it’s just another way to spread the word about Devils Care.”