The Birth and Rise of a Global Communication Journal 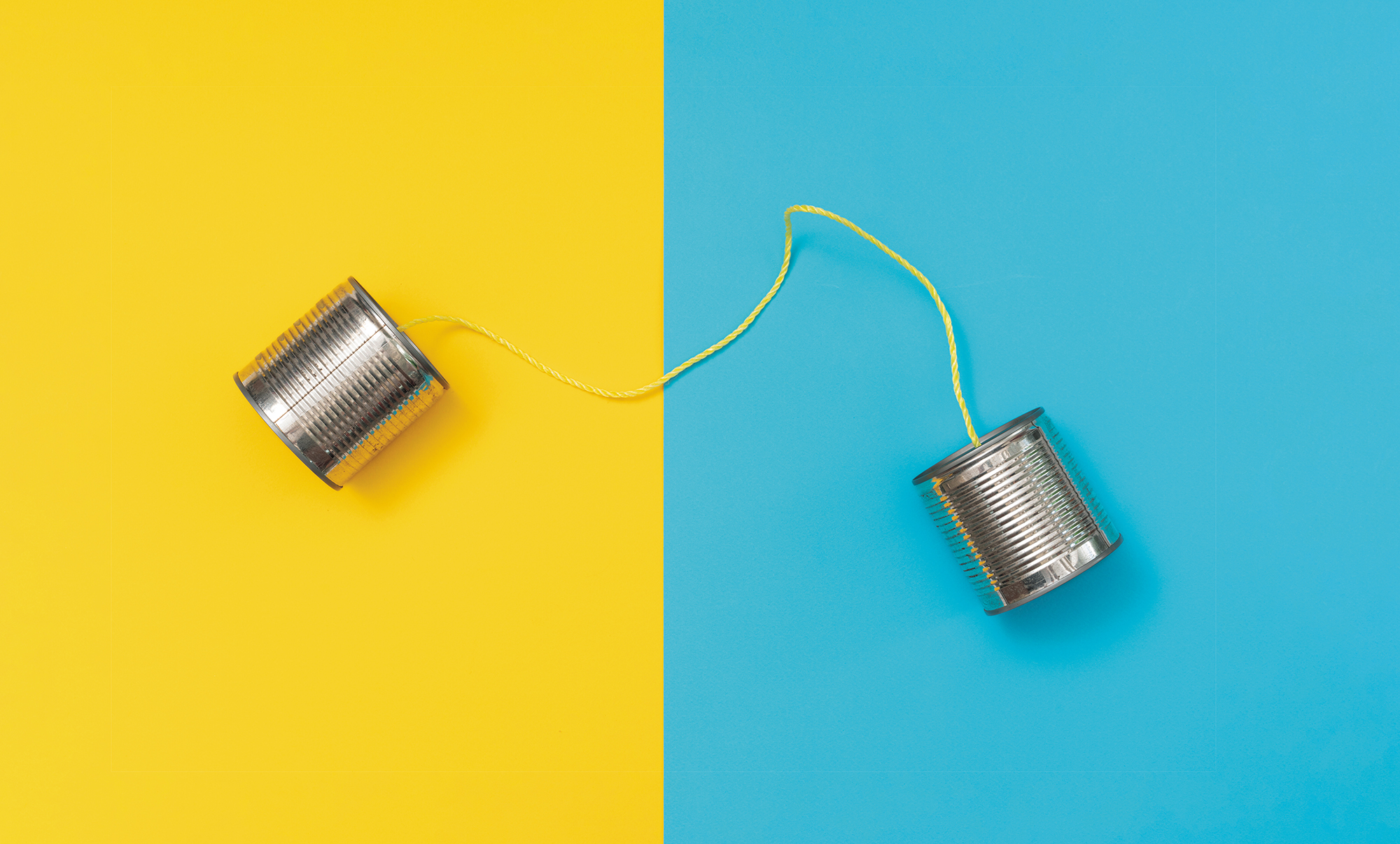 The Atlantic Journal of Communication is an international academic journal that delves into the art of communication.

The best academic journals foster dialogue among scholars on new developments, emerging theories and important insights within a particular field. Top journals are often published by a society or organization, but there are other, rarer cases where a few passionate individuals started with nothing more than a vision, a floppy disk and a call to action, proceeding to build an internationally influential publication.

FDU is home to one such individual and one such journal, both of which shine within the realm of communicating about communicating — Gary Radford and the Atlantic Journal of Communication (AJC).

First published in 1993, the AJC has gone from being little more than a lofty pamphlet to a prominent internationally distributed publication with a renowned group of contributors, editors and subscribers. Reversing how the process normally works, in this case, the journal even gave rise to an outstanding regional communication association.

The journal’s cofounder and chief editor since inception has been Gary Radford, professor of communication and chairperson of FDU’s department of communication. Over the years, Radford has tirelessly attracted participants, encouraged authors, persuaded libraries and solicited funding. The editorial board started with 27 members, mostly from New Jersey, growing to 11 associate editors and 33 editorial board members affiliated with institutions from coast to coast and abroad.

“What makes me most proud,” says Radford, “is that the AJC has become a truly international journal. Articles published in the AJC are available to scholars and students across the world, and the journal attracts submissions from across the globe.”

He adds, “Few universities can boast the honor of hosting a peer-reviewed scholarly communication journal. As such, the Atlantic Journal’s place in this stable ensures that FDU and its department of communication are known as a center for serious scholarship. A global network of scholars work as editorial board members and article reviewers, all of whom spread the good word about FDU throughout the scholarly community.” 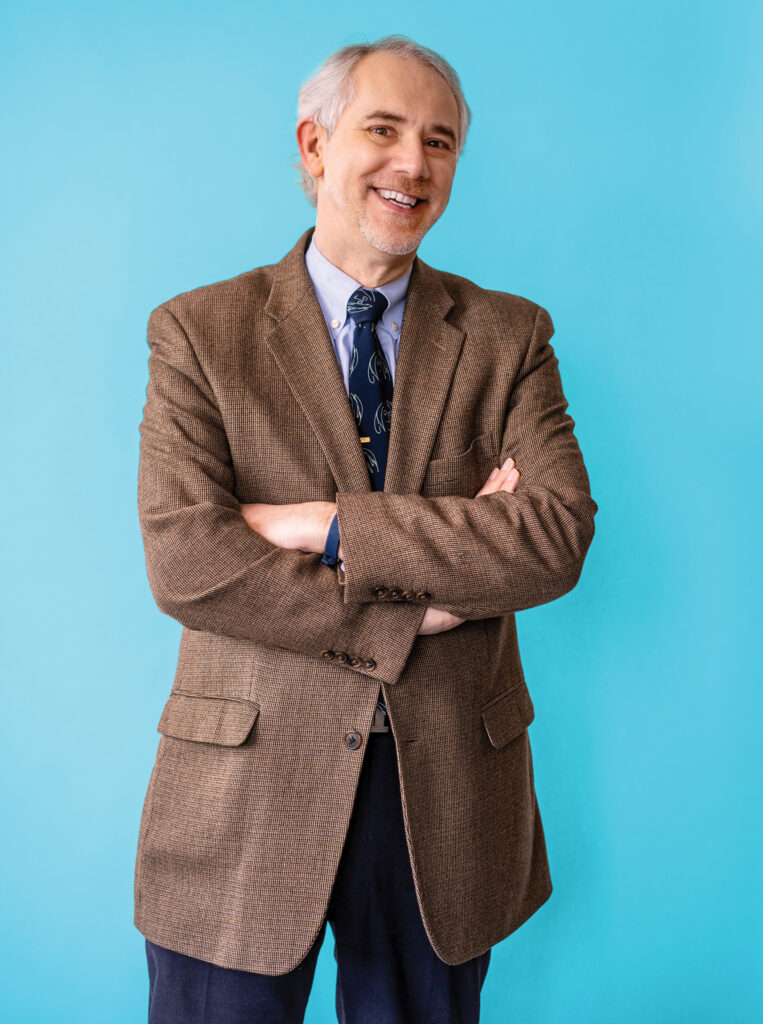 Today the journal has more than 3,000 institutional subscribers from a multitude of countries. Readers downloaded nearly 25,000 articles in 2020, a 54-percent increase from the year before, with “Depression, Emotional States, and the Experience of Binge-watching Narrative Television,” the most downloaded article.

Academic journals, in general, have existed for more than three centuries, providing scholars with a critical publishing outlet. Many top journals like the AJC have an in-depth peer-review process, which ensures findings are well vetted. At least two experts review each article before the AJC accepts it for publication. Radford says articles must provide an original perspective and must be thoroughly researched, logical and well written. “Most articles submitted to the Atlantic Journal of Communication do not make it through peer review. Our acceptance rate is approximately 28 percent,” he says.

Submissions and research range from communication theory and philosophy to communication technologies and cultural approaches to communication. Special issues have examined specific topics including, “Rhetoric and Philosophy of Communication Ethics,” “Directions in Social Media Theory” and “Reframing Race and Justice in the Age of Mass Incarceration.”

The journal allows scholars, including FDU students, access to pivotal scholarship. “They will use this scholarship in their own research,” Radford says, “whether it be for the literature review of an empirical research project or a paper considering central communication issues in contemporary life, and there are many of those! I am thinking of the communication dimensions of social media, political speech, ‘cancel culture’ and the stereotypical representation of ethnic groups, to name but a few. All of these topics are covered in the journal.”

As professor (of communication studies at California University of Pennsylvania) and contributor Susan Jasko has written, “At a time in which technological development is reconfiguring the world and the way in which, in the broadest sense, we speak to each other, the understanding of a shifting communication environment is critical. The voice of the communication scholar, in particular, needs to be heard, not just by fellow travelers but also by journalists, politicians, urban planners, broadcasters, bankers, ad infinitum. Part of our public voice is to be found in our academic journals.”

As Radford describes it, the journal sprung forth rather inauspiciously. In 1992, he was a professor at William Paterson College (now university) and one of the three founding editors. The charter meeting also featured three FDU professors, Jack Colldeweih (now a retired professor), Martin Green (now professor emeritus of English) and Michael Goodman (now professor and director of the M.A. in corporate communication with Baruch College, City University of New York).

“I remember being very nervous. I had my hair cut the day before. I wore my dark grey ‘interview suit,’ usually seen only at interviews, weddings and funerals. Being a naive Brit who had landed in New Jersey five years before, I had no idea where Rider was, or FDU or Ramapo. These names were exotic and mysterious. Yet they had all sent their representatives to our meeting. Everybody else seemed to be so important and here I was, a second-year untenured assistant professor hoping to show some evidence of ‘service to the discipline.’ We began that meeting with nothing more than an idea.”

Radford said the driving force in those early days was Sheldon Kagan, a fellow professor at William Paterson and the desktop publishing part of the editorial trio consisting of Kagan, Radford and Imafidon Olaye, professor, communications, William Paterson.

Unfortunately, Kagan died of cancer soon after the journal launched.

“Sheldon Kagan lit a spark,” Radford recalls. “It was the smallest of sparks, one fueled with enthusiasm and a marvelous energy. It burst into life and glowed for everyone to see. Sheldon spent many hours teaching me how to make this venture work. Today, Sheldon’s spark continues to glow warmly and brightly. I have dedicated every issue under my editorial control to his memory.”

While Kagan lit the spark, Radford has fueled the venture’s tremendous growth and success.

Professor and journal contributor Martin Itzkowitz, Rowan University, wrote, “The success of the journal is itself a tribute to Radford’s egalitarian leadership, his insight and perceptivity about scholarship and scholars and his quiet dedication. We realize, however, that his success is not the result of ability and effort alone. It is also, and foremost, a triumph of character.”

The early success of the journal ultimately led in 1997 to the formation of the New Jersey Communication Association, in which Radford also plays a significant role.

“What makes me most proud is that the AJC has become a truly international journal. Articles published in the AJC are available to scholars and students across the world and also attract submissions from across the globe.” — Gary Radford

While originally called the New Jersey Journal of Communication, the journal changed its name in 2004 to reflect its increased breadth.

“We wanted something that captured the global nature of the journal while at the same time retaining a sense of our roots. So we chose Atlantic Journal because it suggested looking out across the ocean to the world at large. And, perhaps more importantly for us, it also connoted New Jersey’s place on the Atlantic shore,” says Radford.

Radford joined FDU in 1999, working with fellow journal contributors Martin Green, Michael Goodman and Jennifer Lehr, now associate professor of communication and associate dean of Maxwell Becton College of Arts and Sciences. Their synergy bore a new bachelor of arts program in communication studies (now the B.A. in communication) in 2000, becoming one of the largest and most successful programs on campus.

“We were all pleasantly surprised by how popular the undergraduate communication major became in a relatively short amount of time,” says Lehr. “We made the new major official in 2000 and found ourselves with more than 100 majors within three years.”

Next year, in 2022, the journal celebrates three decades of excellence, and as communication continues to evolve rapidly, Radford wants to ensure that the journal keeps pace.

Radford cites his favorite communication scholar Umberto Eco who aptly noted, “When you are on the dance floor, there is nothing to do but dance.”