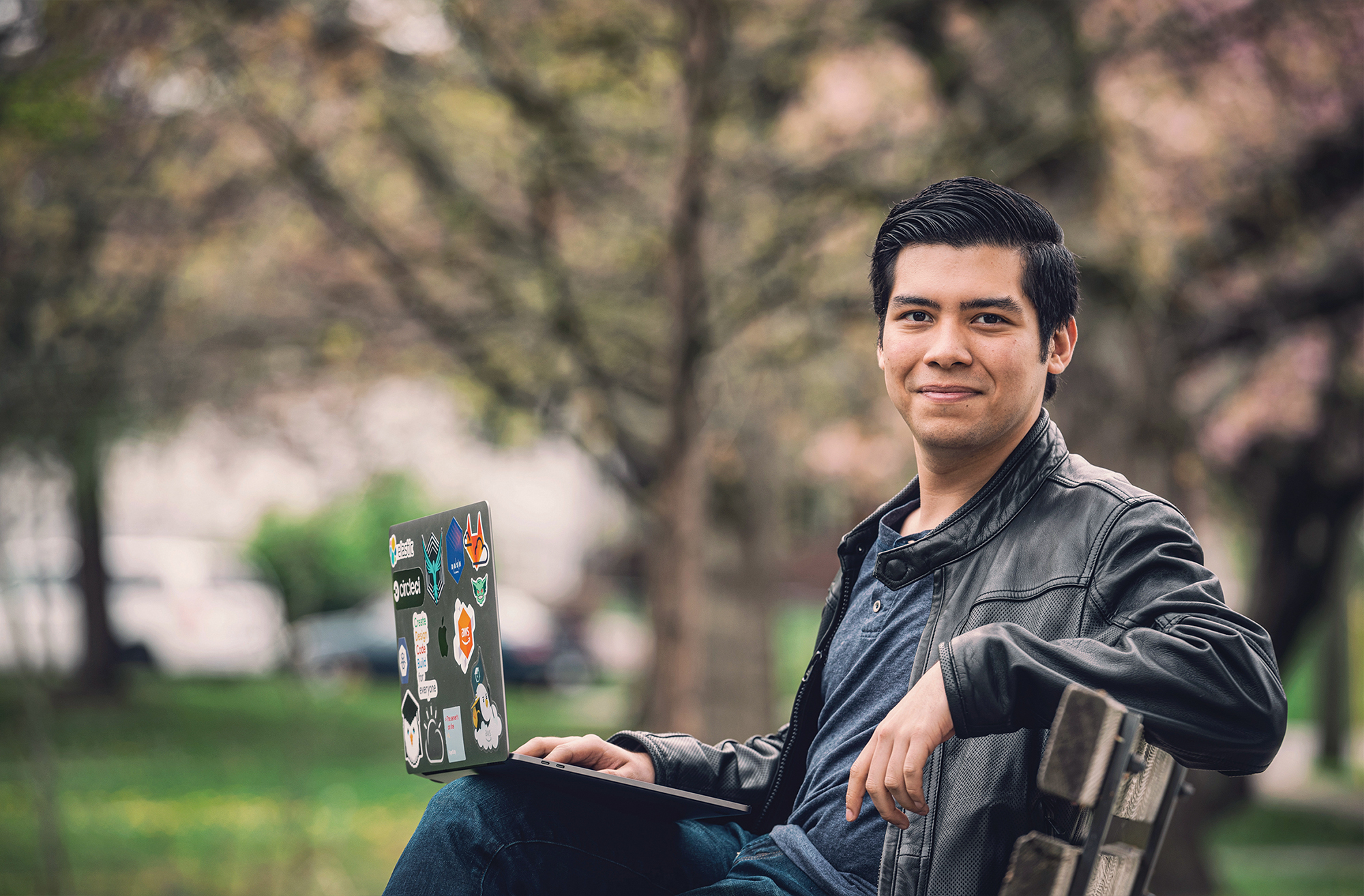 To celebrate Chinese New Year, Carlos Martell, BS’17 (Van), traveled to Wuhan, China, in January 2020, for a rare visit with his girlfriend’s family. Then, the world shifted.

Martell and his girlfriend, Monica Yi, suddenly found themselves stuck in lockdown, at ground zero of the COVID-19 pandemic. It took the Salvadoran embassy interceding on his behalf as a citizen to evacuate Martell to Ukraine, where he stayed for two weeks in quarantine — Yi had to remain in Wuhan with her family for a time. After almost two months abroad, Martell made it back to his home in Vancouver, British Columbia, Canada. “It was one of those things you couldn’t plan if you tried,” says Martell.

He resumed his job of improving online fraud protection and verification tools for NuData Security, a MasterCard company, from his apartment. As quarantine dragged on, he started to question things. His fitness level dropped. His mental health suffered from a lack of socialization and sunshine. He began to consider a career shift, yearning to be more hands-on with technology.

In November, Martell left NuData for Slalom Build, a consulting firm that builds solutions for a variety of clients. Martell’s skill set in cloud computing earned him a position as a senior engineer, assisting on cloud-based DevOps (a combination of software development and IT operations) projects, like data migrations, for major financial companies.

“I’m lucky to be able to leverage my previous experiences to make everything economical, efficient and smooth for my clients,” Martell says. “I can already see the impact my work is having.”

Getting comfortable and confident at Slalom Build took time, though. Onboarding at a new company while working remotely stifled his ability to get to know his new team and adapt to workplace culture. In his previous position, Martell counseled new hires to be unafraid to ask questions. This was the time to learn like a sponge, he always said. But now, when it came time for him to do the same, logistical hurdles, crowded calendars and a distinct lack of water coolers led him to realize how much he had taken for granted.

“Things that are usually easy require deliberate effort,” he says. “It’s been a brand-new experience for me not going to an office and poking at my coworkers with random questions.”

Living in lockdown has also given Martell new perspective on other parts of his life. Raised in El Salvador by a supportive mother and a father who works in information technology, Martell became interested in tech at a young age. When his family bought their first computer, he helped his dad break it and then fix it, again and again.

At age 17, Martell moved to Vancouver solo to attend FDU. Living in a new city and country, attending college and learning English brought both expected and unexpected challenges. Now years later, he still steals glances at The Pinnacle Award — FDU’s highest student honor — on his bookshelf, a validating and empowering reminder of his accomplishments.

Next up, he’s applying for full citizenship in Canada, and wants to support his clients through big and small post-pandemic problems. He views every project as a stepping-stone toward something larger.

“When the world faces its next massive challenge,” Martell says, “I know I can be the one who comes up with the next big thing that solves it.”

At Slalom Build, Martell is deeply involved with initiatives that are part of a wider push toward increased diversity in the tech field. He’s particularly proud of Slalom Unidos, in which he and his fellow Latino coworkers share their cultural heritage with other colleagues.

An avid learner himself, Martell believes in paying knowledge forward; in his free time he now mentors younger members of his professional network.